Moscow-based Ilya Stewart is one of the international film industry’s rising stars. After founding production co Hype in 2011 with Murad Osmann, the pair have rapidly grown the outfit into one of the hottest names in Russia across commercials, music videos, and feature films. Unsurprisingly, TV is also now in the company’s sights.

Hype has amassed an impressive number of credits over its first decade of operation, but Stewart is largely recognized for his work with Kirill Serebrennikov. Their first film together, 2016’s The Student, won the Un Certain Regard Award at Cannes, and they returned two years later with Leto, which was selected to screen in Competition.

Their latest collaboration is Petrov’s Flu, the surreal and engaging story tracking a day in the life of a comic book artist suffering from the flu, which causes him to drift between fantasy and reality. The film, which is adapted from The Petrovs In and Around the Flu by Russian writer Alexey Salnikov, will compete for the Palme d’Or this year.

Stewart headed to France early to serve his mandatory quarantine period, and has been working hard to secure an isolation exemption from the government so he can fly out some of the Petrov’s Flu cast and crew for the premiere – it remains touch and go at the time of publishing.

DEADLINE: How’s Cannes looking for you?

ILYA STEWART: Petrov’s Flu needs to be enjoyed on a big screen. I am so happy Cannes is happening. We’re having a lot of trouble bringing our cast and crew out because Russia is in the ‘red zone’ officially. It’s touch and go every day, we’re talking to both embassies, we’re trying to get an exemption. 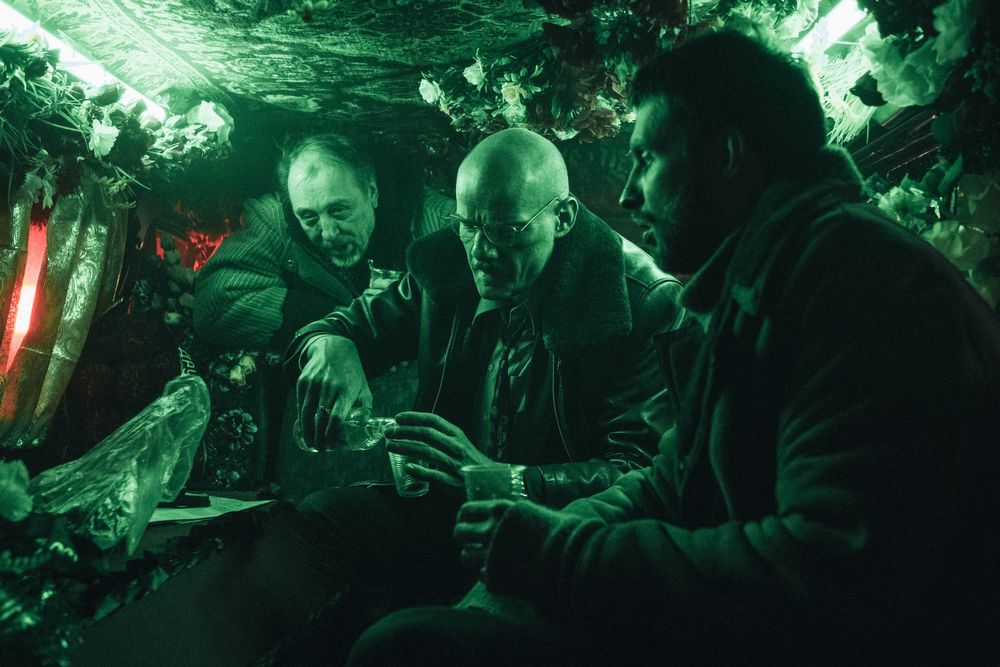 DEADLINE: In quite a short space of time you’ve built Hype into an internationally recognized production outfit, tell me about your company’s journey.

STEWART: There is this idea of a stereotypical Russian producer and when we started, we went completely the opposite way. We started making music videos and commercials and nurturing young directors and trying to build their careers, which strangely was something no one was doing.

We were inspired by Propaganda and Anonymous Content. We put talent first and we work with them across all media. Eventually commercials and music videos transition into filmmaking and films. Any great director we catch early on has ambitions of making films, as I did.

DEADLINE: Have you considered getting into management, like Anonymous?

STEWART: We actually do have a boutique management company in the Hype group of companies, called Blacklist Management, which is run by a manager-partner of ours. It started with commercials and represents a roster of directors and top Russian DPs (including Ksenia Sereda, who is currently shooting The Last of Us for HBO with Kantemir Balagov). And then Hype also separately exclusively represents several directors and guides their careers across all media, with a few of them working on their feature film debuts.

STEWART: Russia is a great country to be a producer these days. The government support and the private and public funding systems are at very high levels. We work a lot with France and do co-productions, and work with French sales agents, but I know we as a country can really rival them these days.

When we started we went against the wave in terms of not relying on government funding at all with the first few projects we did. We worked with private equity and were one of the first companies to really move in that direction. And now it’s something a lot of our colleagues depend on. It was nice to be pioneers in that way.

DEADLINE: Where did that private equity come from?

STEWART: It came from within Russia. Before the crisis and everything surrounding the Ukraine, and the fall of the Ruble- fall is an understatement – the landscape was very different and investing in films was a luxury that many were interested in, especially the edgy, director-driven stuff we were making. Our commercial production side was becoming a big European company, at one point we worked regularly with clients from Holland, Belgium, and more, but that all changed completely with the Ukrainian crisis, because of both geopolitics and economics. Our approach of putting together financing changed from wining and dining and selling credits to proper business communication. 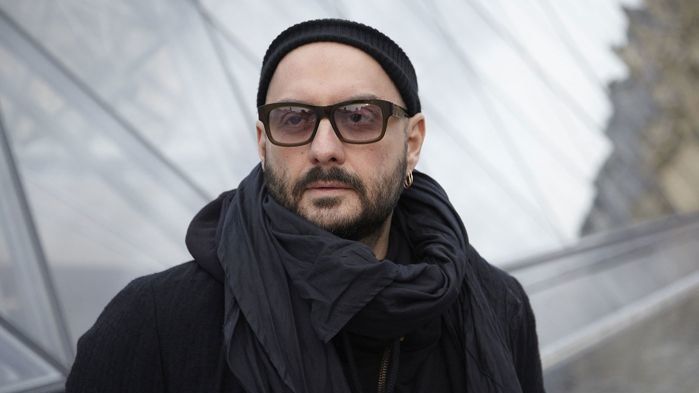 Before Kinoprime [Roman Abramovich’s $100M film fund] it was really tough to find private equity players. When Kinoprime opened they became the go-to private fund and really changed the game. The people in charge of it really understand cinema, they have an idea of how the business works.

DEADLINE: I’ve seen a fair few funds similar to Kinoprime launch and prove largely ineffective, or the investor appetite disappears quite quickly, this one seems to have made a genuine impact.

STEWART: Yes, because business is a major part of it, but the primary mission is to enhance the industry and raise its level, to give the opportunity to young up-and-coming filmmakers to make their films. Films that are unable to find funding in the public system. It’s a game-changer for the industry and I think the last three years have really shown Russia put itself on the map internationally, really thanks to Kinoprime, in my opinion.

DEADLINE: Is Kinoprime’s appetite more on the artistic or commercial side?

STEWART: Initially it started on the artistic side, because of the things that I mentioned. But recently they are actively trying to expand into finding a balance, which is perfect for our company, because we’re trying to find that balance.

At the beginning of this year we released a comedy in Russia called The Relatives which made $7M at the box office, that is a huge number in Russia. That was our first really commercial project.

DEADLINE: The Russian biz is fascinating because it has all of those aspects – a growing theatrical market, local money both public and private, great filmmakers with real pedigree who have been successful at recent festivals, and large indigenous steaming services. But how much does the political side of things present a challenge?

STEWART: It is a balancing act of course, as a lot of things in Russia are. To be honest, I stay out of the politics. I clearly understand which films I’m able to finance using government support and which don’t need to go that route, I make that distinction clearly. We don’t live under the illusion that certain types of films will be supported by the government system, it’s not censorship but there are a number of decision-makers and it’s a subjective process, understanding that makes it much easier to navigate as a producer.

DEADLINE: How is streaming changing the landscape?

STEWART: They are a hugely important aspect of the industry now. As with the private funding like Kinoprime, the streamers are changing the game. They are investing in early stages. We just signed a first-look TV deal with IVI, which is the biggest Russian streaming service to date. This is the first time we’ll be producing scripted shows.

DEADLINE: What’s the benefit of signing that deal?

STEWART: Because of our director-driven philosophy, more and more of our filmmakers don’t want to be limited to a feature film format. We’re discussing ideas that extend beyond that and are in line with global trends. Signing this deal gives us the freedom to have another pathway to deliver that. It’s a first-look deal where we will develop 20 projects over two years with the idea to produce at least four of them. That’s a great situation to launch our television arm in.

DEADLINE: Tell me about your work internationally, you’ve put together several interesting co-productions.

STEWART: The way we approach co-productions and international collaborations is less about the technical aspect – navigating the different co-production treaties is complicated – and more about finding likeminded partners who share similar ambitions with us. 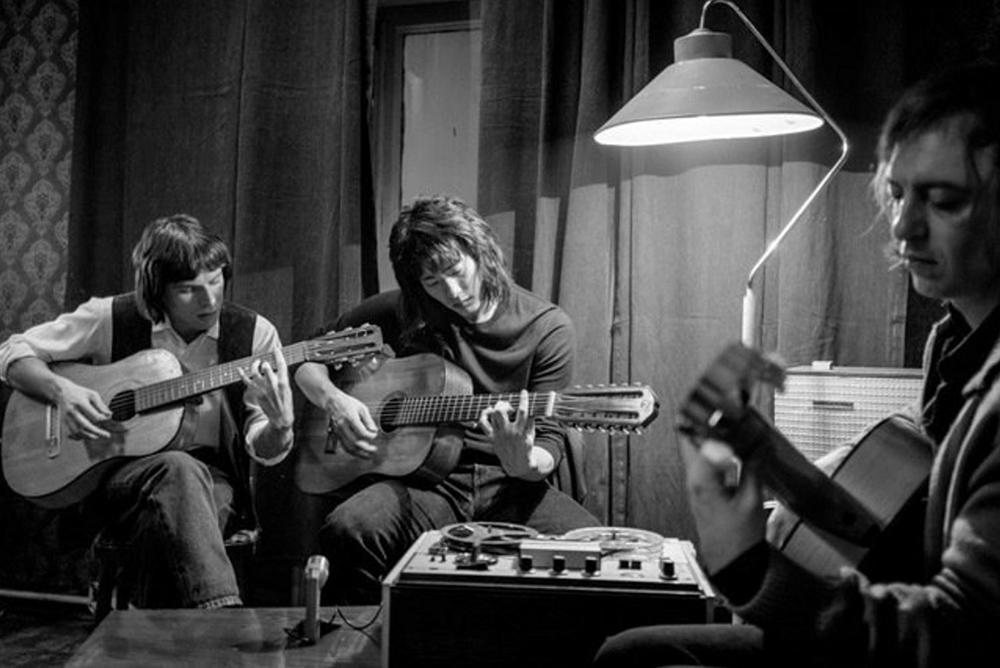 Charades were a new company when we partnered on Leto with them. That was their first title in Cannes Competition and one of their first major successes. We built our relationship from that and we share all the projects we’re developing with them, and they bring us onboard some U.S. projects. There are no rules for us, that’s our whole concept. Who defined that a co-production should be 70% Russia and 30% France? It should be case-by-case, project and director first.

DEADLINE: How much are the U.S. streamers playing into what you’re doing?

STEWART: A lot of things we’re developing are with the international streamers in mind. Both Netflix and Apples are expanding into Russia, Netflix has a Russian originals department and has launched two originals already. They’re trying to compete with our local streamers.

Netflix’s agenda is our agenda – local stories that work for a global audience. That’s a big part of the direction we’re going in. We’re also developing things that are completely in English for an American audience. We’re buying and developing English-language IP, sometimes with a Russian angle which makes it more organic for us, but sometimes having nothing to do with Russia at all.

Last year we collaborated with Charades and Killer Films on The World to Come, it had nothing to do with Russian filmmakers, that was an amazing learning curve.

DEADLINE: Do you have projects with Apple and Netflix?

DEADLINE: What else is on the slate?

STEWART: A big part of our company is Kirill, we are in pre-production on his next film. We also have a Josef Mengele project with Charles Gillibert, that’s a German-language film. And we’re anticipating we can announce several English-language films this year. There’s also a young director who just made this film called The Execution which we’re hoping to premiere late this year or early next year. The whole concept of finding strong Russian talent and transitioning them to English-language is something we’re really focused on.

Game of Thrones: A Proposal, a Surprising Sex Scene and a Secret That Sansa Can't Keep