Piers Morgan apologises for not wearing mask in taxi

Piers Morgan apologised several more times during his appearance on Good Morning Britain today after forgetting to wear his face mask over the weekend when getting into a taxi. He admitted to his co-stars that this was “not [his] first offence”, but recognised his behaviour as Susanna Reid poked fun at his explanation.

Resident doctor Hilary Jones said: “You didn’t do it deliberately, that’s the difference, you did it completely by mistake.

“Anyone can make a mistake occasionally for a few seconds. What’s different is you do it deliberately and flout the rules.”

“I’ve got to say, it’s not my first offence forgetting to put my mask on,” Piers laughed. 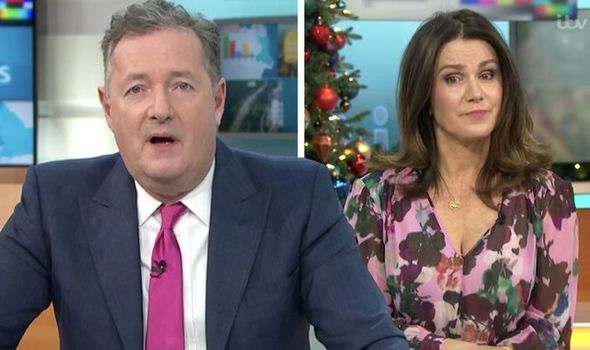 We will use your email address only for sending you newsletters. Please see our Privacy Notice for details of your data protection rights. GMB clash erupts as Shephard and Hawkins grill Dowden over Brexit

“I bet everybody has forgotten to wear a mask,” Susanna agreed. “I think the key thing for me is to have one in every coat pocket you have, because then when you get to the shop -“

And Piers revealed: “I had two in my pocket!”

“Did you?” Susanna sniggered and he continued: “I forgot! I was talking to the paps. But the good news is for the paparazzi – they’ve had a rough year and they told me and now they’ve had a perching moment.”

“You’ve done them a favour!” His co-star remarked and Piers joked: “Here’s to the pap boys.” 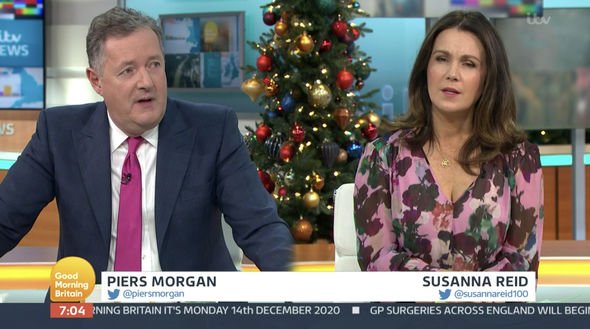 A little later, GMB viewers heard Piers explain exactly what happened: “I had a friendly chat with the paparazzi, [they said] “Piers you’ve always been good to us, really appreciated mate’.

“I said: ‘how are things, guys?’ And they said ‘it’s been a rough year we’re not making money, there are no parties, no premieres, there’s no launches, there’s very few celebrities out and about.’”

“We could do with an opportunity to take a photograph,” Susanna interjected.

“We all need to see some action,’ and I said: ‘Sorry guys it’s only me,’” Piers continued. 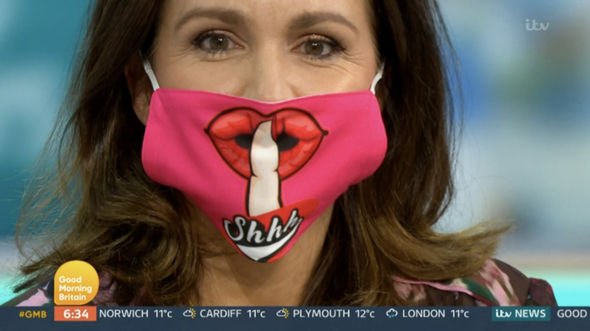 “We all laughed, no money to be made from that old dog. And then of course I bounded into the taxi, having been distracted from my conversation with the paparazzi and they immediately descended like a pack.

“Lit up the cab with flash bulbs and it was only as I pulled away, that I realised I forgot to put my mask on and therefore designated myself as a Covidiot.

“As we pulled away, I suddenly realised what I had done and went ‘Oh God’. Celia [Piers’ wife] said: “It doesn’t matter, no one cares’.

“No excuses, it’s a fair cop gov, I got into the taxi without my mask on, I put it on a few seconds later, it was too late and I was nailed and I can only apologise,” he added.

Susanna was seen putting a face mask on and asked the camera operators: “Can we get a close up of this please because it looks slightly odd.”

“I don’t think you should be wearing that, it looks a little phallic to me,” Piers suggested but she clarified: “It’s a finger!”

“Yes, whatever, also not very flattering whoever you’re with!” He said.

“On a serious note, I do think masks matter, I got caught with that one, getting into a cab, wish I hadn’t it’s not a very good look, and I apologise,” he concluded.