Cane Tejada (Woody McClain) has a pivotal role in Power Book II: Ghost. The eldest child of Monet (Mary J. Blige) and Lorenzo Tejada (Berton), Cane thrives in chaos and violence. His hot temper has also caused him a lot of issues when it comes to the family business.

Now, amid a connection with a man name Mecca (Daniel Sunjata), Cane has found himself back in the family’s inner circle. However, he wants more from Mecca than fans might think. 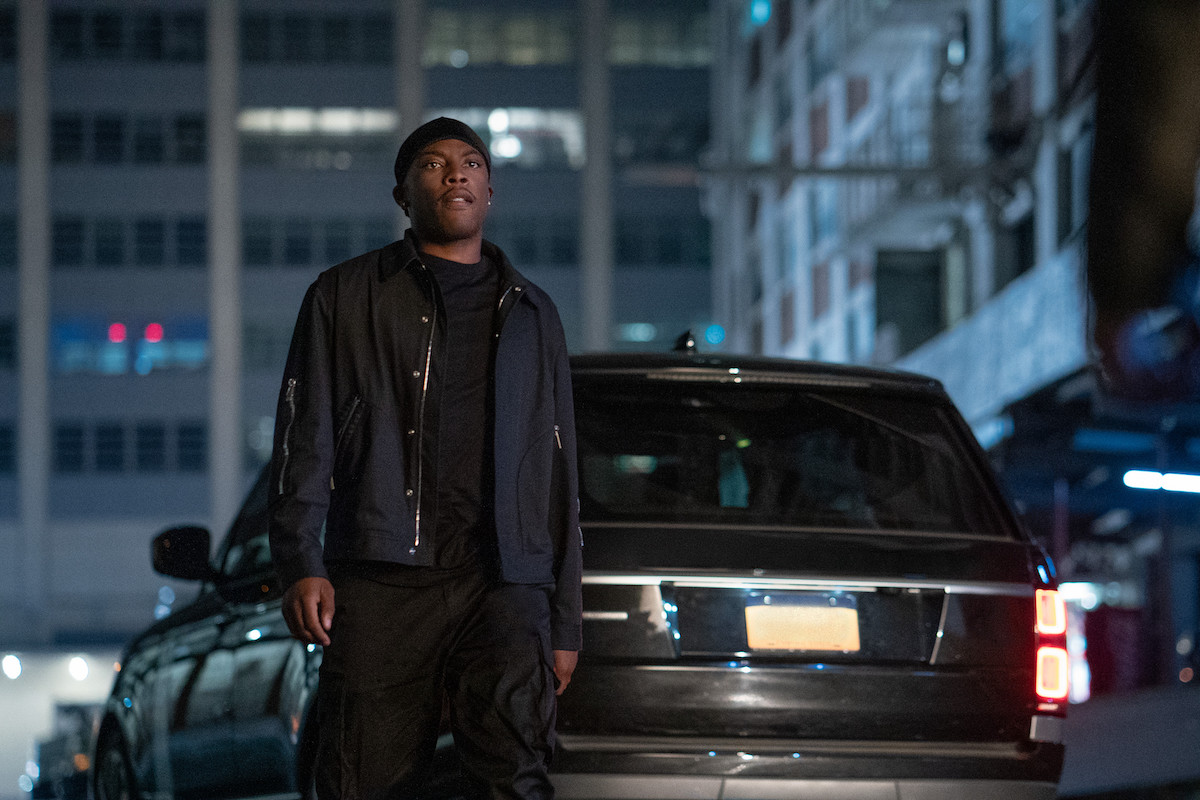 Though Cane is still suspicious of Tariq, we know that he and the college student are forever tied due to the murder of Jabari Reynolds (Justin McManus). However, since he cares so much about his family, we know that this season will be all about getting back into the Tejada family’s inner circle.  “When it comes to Cane, he’s all about family,” McClain told Complex. “His thing is family first.”

At the end of season 1, Cane found himself estranged from his parents and siblings. Lorenzo had him beat down following a fight with Monet. Then, Monet disowned Cane for betraying the family

However, Power Book II: Ghost Season 2 has already seen Cane stepping back into the family’s fold. The official press release from Starz about the second season is riddled with clues. It reads, “[Monet’s] kids, Dru and Diana, question her moves as she grows more distracted, especially when Monet goes as far as trusting Cane again despite his actions against the family.”

With Lorenzo in prison, Cane will be seeking out Mecca as a father figure of sorts. “I feel like Cane sees Mecca do basically the same thing Cane can do,” McClain told Hollywood Life. “But then he sees that Mecca has so much access to so much more, and I really think Cane is looking to Mecca to be that father figure that he doesn’t really have in his life right now because dad is in jail, so Mecca is like the closes thing to that. I think he sees that Mecca is kind of showing him a little bit of respect, so I think that’s all Cane wants. He just wants respect, and he’s getting that from Mecca.”

We know that Cane lives and thrives in the streets. However, Monet throwing him out was not something he anticipated. Now he’s teamed up with Mecca, betraying his family once again.

Though Monet has seemingly forgiven Cane for his past indiscretions we doubt she will be so forgiving this time around. Moreover, we doubt Mecca will think twice about eliminating Cane to get close to Monet.

While Cane is certainly a focal character in season 2 thus far, some fans are anticipating that Cane’s death is around the corner. After all, it’s very rare for gangsters to grow old.

Strictly Come Dancing viewers confused by new professional: ‘Who is that dancer?’