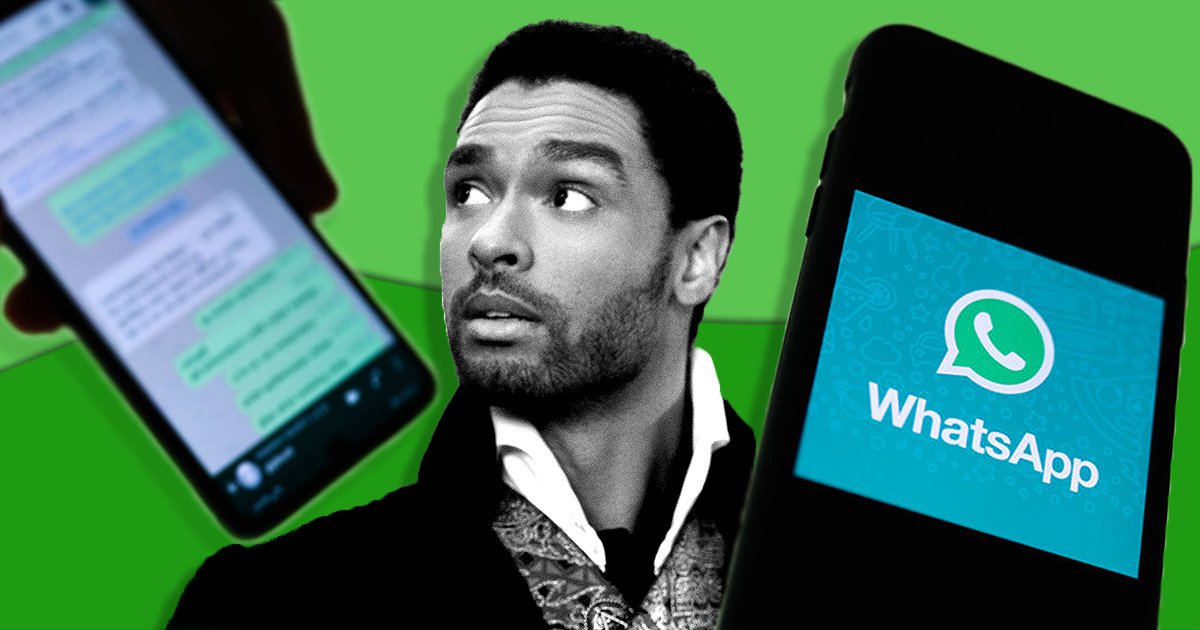 Rege-Jean Page won’t be keeping up with all the Bridgerton banter as the actor has confirmed he’s left the Whatsapp group.

It was previously announced that Rege-Jean, 31, would not be returning for season two despite winning audiences over with his performance as the dashing Duke of Hastings.

Several months later, it seems the actor has distanced himself even further from his former cast members.

Confirming whether he’s still in the Whatsapp group chat, Rege-Jean revealed to GQ: ‘I’m no longer in it.

‘I respectfully exited. I didn’t want to put them in an awkward situation where they had to kick me out.’

He added that the Bridgerton ‘universe has expanded’ enough that his old pals will hardly notice he’s gone (although, that’s highly unlikely).

Rege-Jean may currently have no plans to reprise his role as Simon Basset, but he did tease: ‘Isn’t there something wonderful about being surprised by what you weren’t suspecting.’

The British star confirmed his exit from the popular romantic drama in April, tweeting: ‘Pleasure and a privilege! An honour to be a member of the family – on and off screen, cast, crew and incredible fans – the love is real and will just keep growing.’

All eyes are on what the British star’s next move will be post-Bridgerton, with rumours continuing to mount about him becoming the new James Bond.

He’s so far remained coy about the subject but, if he did want to give it a run as 007, Rege-Jean has the blessing of former Bond Pierce Brosnan.

Pierce, who played Bond in four films in the franchise, told ET Online: ‘Good luck, good luck. I think he would be wonderful.’

Rege-Jean also addressed the speculation, recently telling GQ: ‘Well, of all the things you’ll read about yourself on the internet, it’s one of the more pleasant and more flattering. But I take it and leave it at that, personally.’