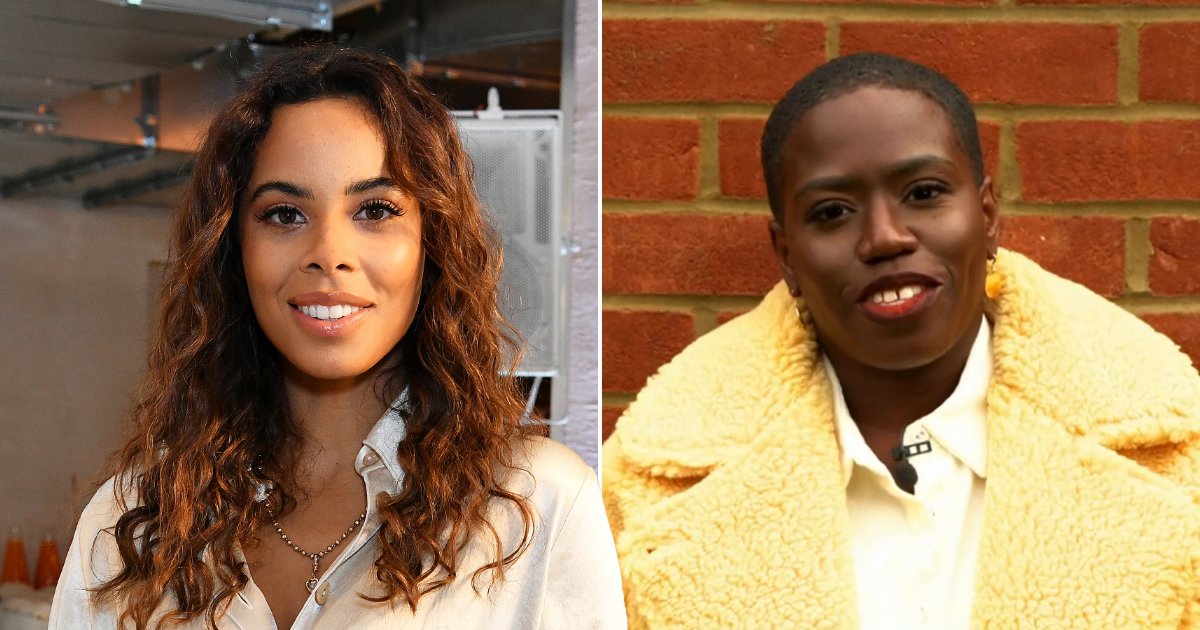 Channel 4 has denied any suggestion that Rochelle Humes ‘replaced’ author Candice Braithwaite as presenter of an upcoming documentary about Black women and childbirth.

Rochelle, 31, announced on Friday that she would be exploring statistics that in the UK, Black women die during pregnancy, childbirth and shortly after at a rate of more than four times that of white women in a new documentary.

Shortly after the announcement, Candice shared an Instagram post explaining that she was in talks to present what many assumed was the same documentary.

Candice, 32, has campaigned about issues regarding Black women and childbirth in the UK for years and published the book, I Am Not Your Baby Mother, last May.

However, Channel 4 has clarified to Metro.co.uk: ‘It is completely untrue that Rochelle Humes replaced Candice Brathwaite on this film. Rochelle was the only presenter attached to the project. Candice was approached to be interviewed but declined.’

Candice also released a new statement on the controversy, which trended on social media, and explained: ‘The producer of the show that Rochelle Humes is to present has called me asking to clarify that I was never in the running to present that particular documentary.

‘So for the record – I was contacted in March 2020 by a different production company about developing a similar documentary and had been speaking with them throughout 2020 – our last zoom call being on December 1st 2020.

‘I’ve been advised that the show with Rochelle was also being developed at the same time I was engaged in discussions and was previously commissioned.’

Candice continued: ‘The producer said that fortunately for him, his show was simply acquired first and these things happen in television. I was also told that I would never have been a front runner for this particular documentary as they prefer their subjects to be removed from the situation so that the element of discovery about an issue is genuine but that there would perhaps be room for another documentary of the same nature after this one has aired.

‘They had asked me to contribute my expertise but I declined as I don’t want my trauma to be mined for a show where I have no control of the narrative. My agent had asked a few weeks ago if there was a possibility I could co-present alongside Rochelle and was told there was not.’

The writer and presenter had previously said that up until six weeks ago, she ‘thought [she] was going to present that documentary’, which led many to believe she was referring to Rochelle’s documentary due to the timing of her post and Rochelle’s announcement.

Candice continued: ‘It had been an ongoing discussion for the last 9 months of the year. I’m not sure what happened. But it’s not meant to be. Although it will always be something I’m passionate about, I have to set my ego aside because it’s not only I who tried to highlight the disturbing data when it came to black women dying in childbirth. It’s a group effort.

‘It always has been. So as gutted as I was the message remains the same and it’s such a serious issue that we should hold space no matter who is narrating the story. Why is this happening and what can we do to fix it?

It had sparked a debate about colourism with many arguing that Candice’s voice as a dark skin woman had been silenced.

One supporter said: ‘You don’t have to be the gatekeeper but it’s very very disheartening to see your tireless work being ignored.’

‘It’s so wrong but colourism is alive and kicking so sorry for you and better opportunities are coming your way,’ another said.

‘Candace Braithwaite has repeatedly drawn awareness to this topic through the years, it’s a big slap in the face that this opportunity was taken from her,’ one weighed in.

However, Dr Shola Mos-Shogbamimu defended Rochelle and tweeted: ‘Colourism is so regressive. TV networks know & manipulate it to cause division.Candice Braithwaite & Rochelle Humes are good presenters.