NBA star Russell Westbrook is teaming up with History Channel to take an in-depth look at the Tulsa Race Massacre of 1921 in an all-new, two-hour documentary. The special directed by award-winning filmmaker Stanley Nelson and Marco Williams is slated to debut this spring to coincide with the 100th anniversary of one of the worst acts of racial violence in American history.

“Excited to bring this project to life about such a significant event in American history,” Westbrook tweeted on Thursday, after the project was formally announced by the network during the Television Critics Association’s Winter 2021 Press Tour.

Excited to bring this project to life about such a significant event in American history.  Coming this spring to @HISTORYpic.twitter.com/peQQSsjmq8

Tentatively titled Tulsa Burning: The 1921 Race Massacre, the document will chronicle the events that happened a century ago, from the birth of Black Wall Street in Tulsa, Oklahoma, to its catastrophic downfall over two violent and deadly days, and then the fallout and reconstruction that followed.

The film will include rare archival footage and imagery as well as present-day interviews from historians from organizations including the Tulsa Historical Society & Museum, the John Hope Franklin Center for Reconciliation, the Tulsa Race Massacre Centennial Commission, and the Historic Vernon AME Church.

“The Tulsa Race Massacre was not something I was taught about in school or in any of my history books,”  the NBA star said in a statement. “It was only after spending 11 years in Oklahoma that I learned of this deeply troubling and heartbreaking event. This is one of many overlooked stories of African Americans in this country that deserves to be told. These are the stories we must honor and amplify so we can learn from the past and create a better future.” 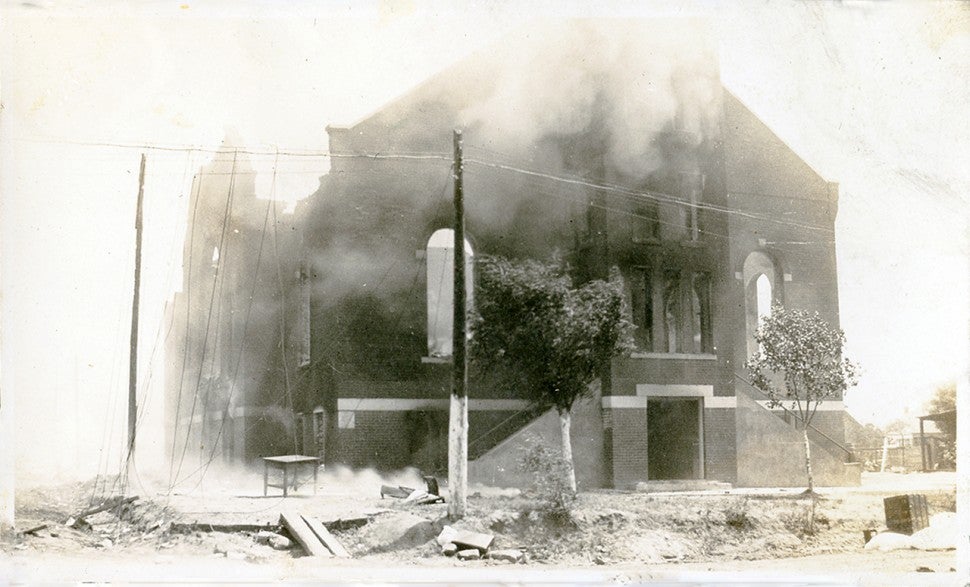 “The horrific story of the burning of Black Wall Street has long haunted me,” Nelson said. “While I was able to touch on the Tulsa Race Massacre in a short segment in an earlier film, I knew this story needed a much deeper treatment.”

The director added, “Together we are aiming to restore Tulsa, Oklahoma, and the fateful events surrounding the 1921 massacre of its Black residents to their rightful place in American history.”

The film is the latest project to shine a much-needed spotlight on America’s forgotten past, with the National Geographic Channel teaming up with filmmaker Dawn Porter on its own documentary called Red Summer.

Additionally, director Salima Koroma and LeBron James’ production company are working on another unscripted look at the massacre while Dream Hampton is developing a scripted miniseries called Black Wall Street.

Why did Chris Tarrant quit Who Wants To Be A Millionaire, what is his net worth and how old is he?