GMB: Nick Ede says pets should be tested for COVID-19

Good Morning Britain welcomed senior vice president of the British Veterinary Association Daniella Dos Santos, owner of The Pet Studio Liza Smith and popular culture expert Nick Ede with their respective pet dogs onto the ITV show. The experts debated whether the UK should follow in South Korea’s footsteps and offer free Covid tests to cats and dogs if they show symptoms.

Charlotte began: “From Monday it will now be a legal requirement to report the presence of Covid in animals in England. Meanwhile South Korea are offering free tests to animals if they show symptoms and have been in contact with an infected person.”

Providing her expert view, Daniella said: “What we’re seeing at the moment is there are tests available to veterinary surgeons for animals where they suspect Covid but these tests are limited.

“They’re limited to pets that have come for Covid positive households and to pets that are showing clinical signs and other far more common causes of respiratory diseases have been ruled out.”

Nick remarked: “The thing is Charlotte we’ve had our dogs during lockdown and we’ve fallen in love even more so and they’re a really big part of our family. 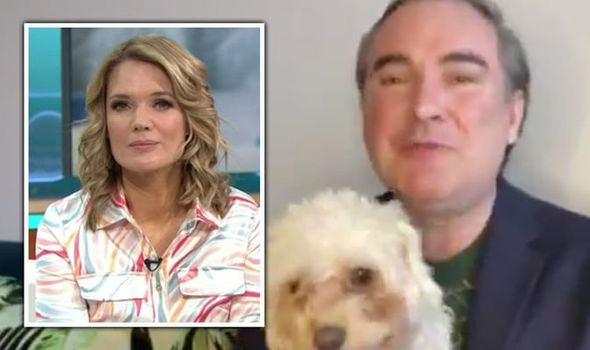 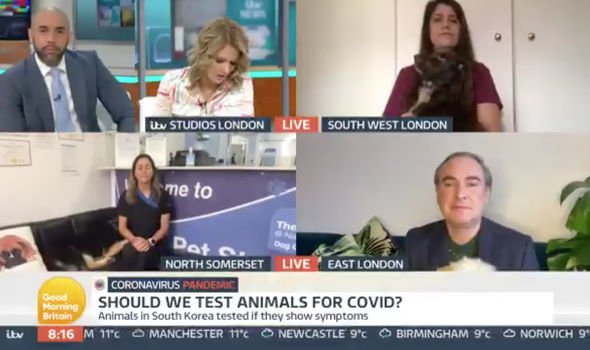 “And I think if we have the opportunity to make sure they’re going to be okay and there’s no transmission then I think it’s a really important thing to do.

Charlotte added: “People are talking as well about this advice in South Korea to keep dogs at least two metres away from people and other pets when walking past them.

“Do you think that’s something people should be aware of is that something you would do?” 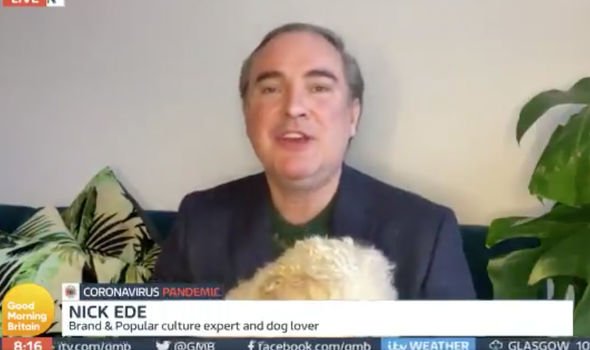 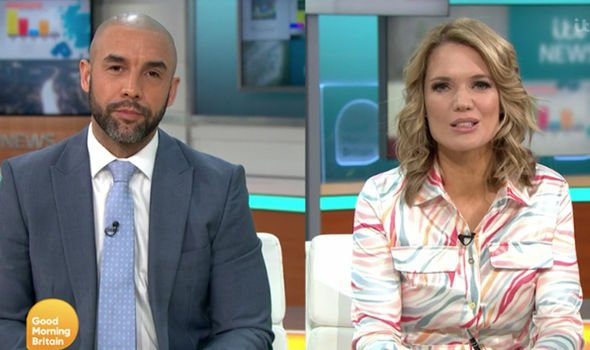 “Well that’s the hardest thing because this is probably the most sociable dog,” Nick replied.

“She’s been more sociable than I have for the past year and that’s the only problem.

“They go up to humans and humans pet them so I think that would be hard to do.”

“But I do think if my dog was tested and I knew my dog didn’t have it or was carrying it then I’d let my dog be more sociable,” he continued.

“But I think it’s important to be precautionary and think about your dog and your pet as part of your family. You’d do the same for your child so for my child I’d do the same.”
Fans of GMB felt strongly about the discussion and took to Twitter to slam the “irresponsible” programme for “scaremongering”.

One tweeted: “Scaremongering at its best. That’s ridiculous and not news in any way!

“People will be scared and possibly give their pets to rescues. Hope you are proud if this happens! News makers should have some kind of responsibility, but apparently not in the UK.”

Another added: “What BS! You are really scraping the barrel. So many elderly only have their pets for company, don’t have a lot of money and this scaremongering- shameful!”

Groundhog Day theory: Ned Ryerson is the DEVIL who imprisons Bill Murray because of THIS