Filmmaker already has a television overall deal with the streaming platform 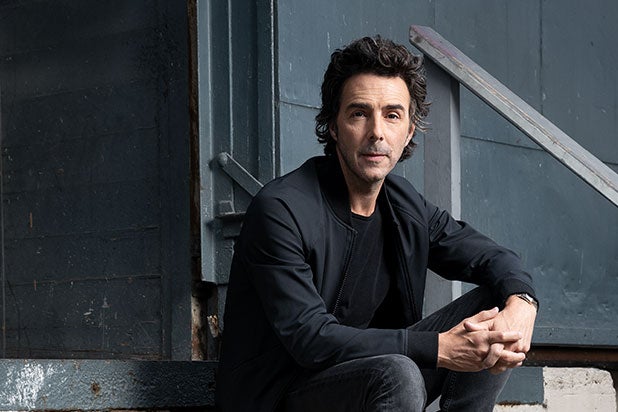 Shawn Levy, with his company 21 Laps Entertainment, has signed a first-look feature deal with Netflix, which also extended the director’s current television overall deal with the streamer.

Levy’s 21 Laps Entertainment has over six series in production and more than 15 additional series and films in active development at Netflix. The company’s credits over the past 15 years have included the “Night at the Museum” franchise as well as the Oscar-winning film “Arrival.”

21 Laps’ Netflix series include “Strangers Things,” “Unsolved Mysteries,” “Dash & Lily,” as well as the upcoming fantasy epic series “Shadow and Bone” and recently announced “Lost Ollie.” 21 Laps has 10 feature films in development at Netflix, and produced the new upcoming horror-thriller, “There’s Someone Inside Your House,” alongside James Wan. That film will be released next year.

“My ambition with 21 Laps was to build a company that would be fiercely committed to empowering storytellers across a broad swathe of genres,” Levy said. “I was hungry to find and enable other voices and visions, and share them with the broadest, most global audience possible.  Netflix provides a unique platform and culture – one where our creative partners and instincts are championed, and stories that we tell across an eclectic spectrum of styles and tone can reach hundreds of millions of people around the world. I’m proud of what our company has done thus far and prouder still of the singular caliber and longevity of our 21 Laps team. Collectively, we are so grateful and excited to broaden our company’s slate and its collaborative partnership with the incredible Netflix team.”

Scott Stuber, head of Netflix Films, added: “Shawn and I have known each other for over twenty years, and it’s been incredible to watch him create stories in a wide variety of genres – from comedy to science-fiction.  Whether directing or producing, Shawn is a world class filmmaker with a deep desire to find new ways to entertain audiences. He’s put time, energy and love into building 21 Laps into the powerhouse company it is today, with a group of partners and colleagues that is as strong as any team in the industry. They are advocates and allies of storytellers and we can’t wait to grow our creative partnership with Shawn and his team.”

The deal comes just two days after Jennifer Garner and Zoe Saldana joined the cast of Levy’s second collaboration with Ryan Reynolds, titled “The Adam Project,” which Levy is directing and producing.

21 Laps is run by Levy and partners Dan Levine and Dan Cohen, as well as the President of 21 Laps Television Josh Barry. To date, Levy and 21 Laps’ feature films have grossed over $3.5 billion at the worldwide box office.

Levy most recently directed “Free Guy,” starring Reynolds, which Disney has moved to 2021 due to the coronavirus pandemic. He will next produce the film adaptation of the hit musical “Be More Chill,” as well as the live action musical “Sesame Street” starring Anne Hathaway, and the adaptations of Stephen King’s short story “The Boogeyman” an Agatha Christie’s “And Then There Were None.”