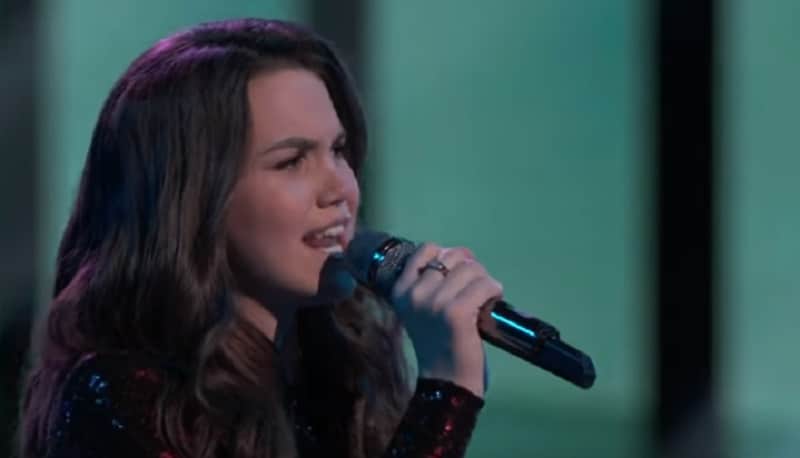 Reagan Strange was saved on The Voice last night despite not performing while battling an illness — and some fans aren’t pleased about what happened.

The top 10 artists performed live this week, all hoping to make it to the top eight of the season.

Reagan Strange performed Cry on Monday night, and the video of that performance can be seen below. Controversy arose during the results show on Tuesday, though, with Strange not one of the top seven artists to be deemed safe for the week.

Three artists were required to battle it out for the Instant Save, with Dave Fenley and DeAndre Nico going up against Reagan Strange for a final spot in the top eight. Two of them would be going home.

Dave Fenley and DeAndre Nico each performed again during the episode, but Reagan Strange sat it out due to an illness. It was then left up to the voters to head to Twitter and vote in the Instant Save.

Why was Reagan Strange saved on The Voice?

Despite her not performing, Twitter voters came out in droves for Strange, sending her to the top eight and sending Fenley and Nico home.

It was a shocking development that has left a lot of other fans of the show expressing their frustrations with Adam Levine on social media — with some branding it a “conspiracy”.

Regan hasn’t provided an update yet on what exactly was wrong with her. During the show, she was still in the building and was able to look on as the results were announced — but host Carson Daly stated she was “feeling under the weather.”

However, she had posted excited messages about the results show yesterday morning, so it looks like she had only recently started suffering from whatever it was that was affecting her.

Hopefully she will have a speedy recover. Will voters for The Voice hold it against her in the next round? Or was this vote indicative of a large following for Reagan Strange that could help her win the fall 2018 season?

The Voice airs Monday and Tuesday nights at 8/7c on NBC.