EXCLUSIVE: While drug manufacturer Pfizer has lately been getting headlines for its potential breakthrough COVID-19 vaccine, Studio Entertainment One and Spike Lee are prepping an untitled tumescent tuner on the breakthrough of an earlier Pfizer miracle drug: Viagra. Lee will direct from a screenplay he has written with Kwame Kwei-Armah.

The original songs and music will be written by the acclaimed songwriting team of Stew Stewart and Heidi Rodewald, who previously created the Tony-winning musical Passing Strange. The musical is based on the David Kushner Esquire article All Rise: The Untold Story of The Guys Who Launched Viagra. It is inspired by the true events surrounding around Pfizer’s discovery and launch of the erectile dysfunction drug Viagra (Sildenafil), which was hatched as a treatment for heart-related chest pain only for researchers to find its game-changing qualities occurred below the belt. The little blue pill had immediate staying power in the global marketplace, perking up sex lives around the world. 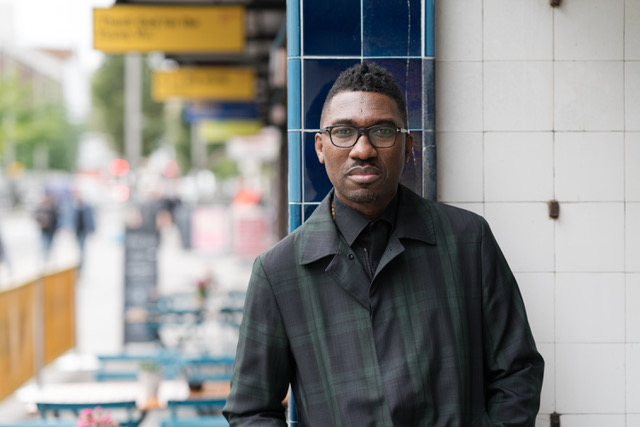 Matt Jackson’s Jackson Pictures will produce with Spike Lee’s 40 Acres and a Mule Filmworks. The project will be the next Spike Lee Joint, meaning it will be the next picture for a filmmaker who has been on a strong role with this year’s Netflix Vietnam drama Da 5 Bloods and HBO Max’s David Byrne’s American Utopia, these coming on the heels of Best Picture nominated BlackKklansman, for which Lee shared an Oscar for Best Adapted Screenplay. Joanne Lee of Jackson Pictures and David Kushner will be executive producers.

It would not be an overstatement to say Lee is excited by the prospect of his first musical. Here, verbatim is the quote Lee sent Deadline:

“First And Foremost, I Thank Ms. Jacquelyn Shelton Lee. I Thank My Late Mother For As She Would Say Taking “My Narrow,Rusty Behind” Dragging, Kickin’ And Screamin’ To The Movies When I Wuz A Nappy Headed Kid Growing Up In Da Streets Of Da People’s Republic Of Brooklyn. I Did Not Want To See Corny People Singin’ And Dancin’. I Instead Wanted To Play With My Friends On Da Block, Stoop Ball, Stick Ball, Punch Ball, Soft Ball, Basketball, 2 Hand Touch, Tackle Football, Coco Leevio, Johnny On Da Pony, Hot Peas And Butter, Crack Top, Down Da Sewer And Of Course-Booty’s Up. All The Great New York City Street Games That Might Be Sadly Lost Forever. My Father, Bill Lee, Jazz/Folk Bassist,Composer HATED HollyWeird Movies, Henceforth And What Not, Me Being The Eldest Of 5 Children I Became Mommy’s Movie Date. She Was A Cinefile. Thank You Lawdy She Didn’t Listen To My Ongoing Complaints About Musicals. So Finally Going Into My 4th Decade As A Filmmaker I Will Be Directing A DANCIN’,ALL SINGIN’ MUSICAL Spike Lee Joint And I Can’t Wait. My Moms Has Been Waiting TOO!!! And Dats Da Rodgers And Hammerstein Truth, Ruth.”

Kwei-Armah is a British playwright and director. In 2018 he was made Artistic Director of the Young Vic Theater in London, where he has directed Twelfth Night and Tree. Matt Jackson recently produced The Trial of The Chicago 7. Zev Foreman and Ilda Diffley are overseeing for eOne.

This movie musical will need a title: All Rise is being by a CBS courtroom drama series. Perhaps Deadline readers can help with a catchy title?