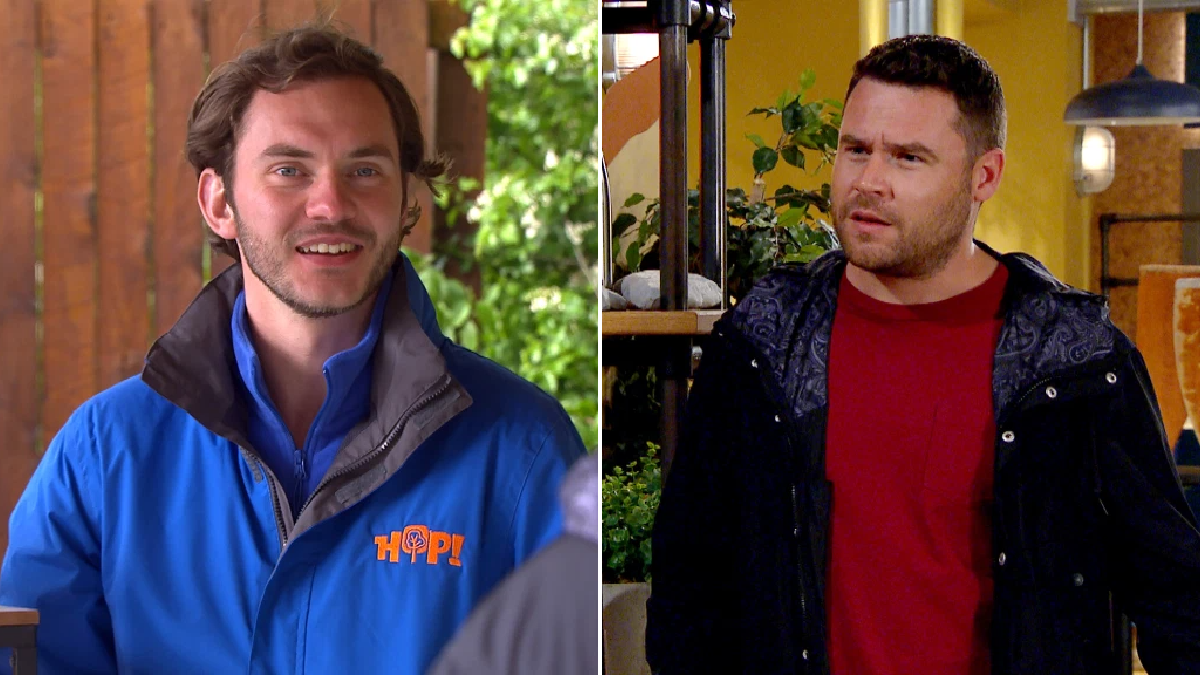 There’s been a lot of mystery surrounding Ben Tucker (Simon Lennon) in Emmerdale as of late.

The character has been supporting Aaron (Danny Miller) in recent weeks as concern continued to grow about Liv (Isobel Steele). He seems to be a kind enough man but during Pride week in the Dales, viewers saw Ben hiding a secret.

In the pub, things took a turn when a drunk man spilled his drink all over Aaron’s shirt.

Watching things unfold, Ben then suggested staying out of the drunk man’s way until he had left.

Confusion and concern grew as viewers later saw Ben help the drunk man into the back of a taxi. As he looked around to make sure no-one saw him, Ben had no idea Liv witnessed everything.

Ben’s strange behaviour continued as he also took a few mysterious phone calls from someone.

Coming up, Ben carries on with his lies and soon he finally decides to tell Aaron the truth about his life, but what will he say?

Could the drunk man be a relative of Ben’s?

He offered Aaron some sound advice when Liv went missing a few weeks ago, could it be because the drunk man is actually Ben’s alcoholic father?

Where is Creamfields 2021? Here's how to get tickets and who's in the lineup