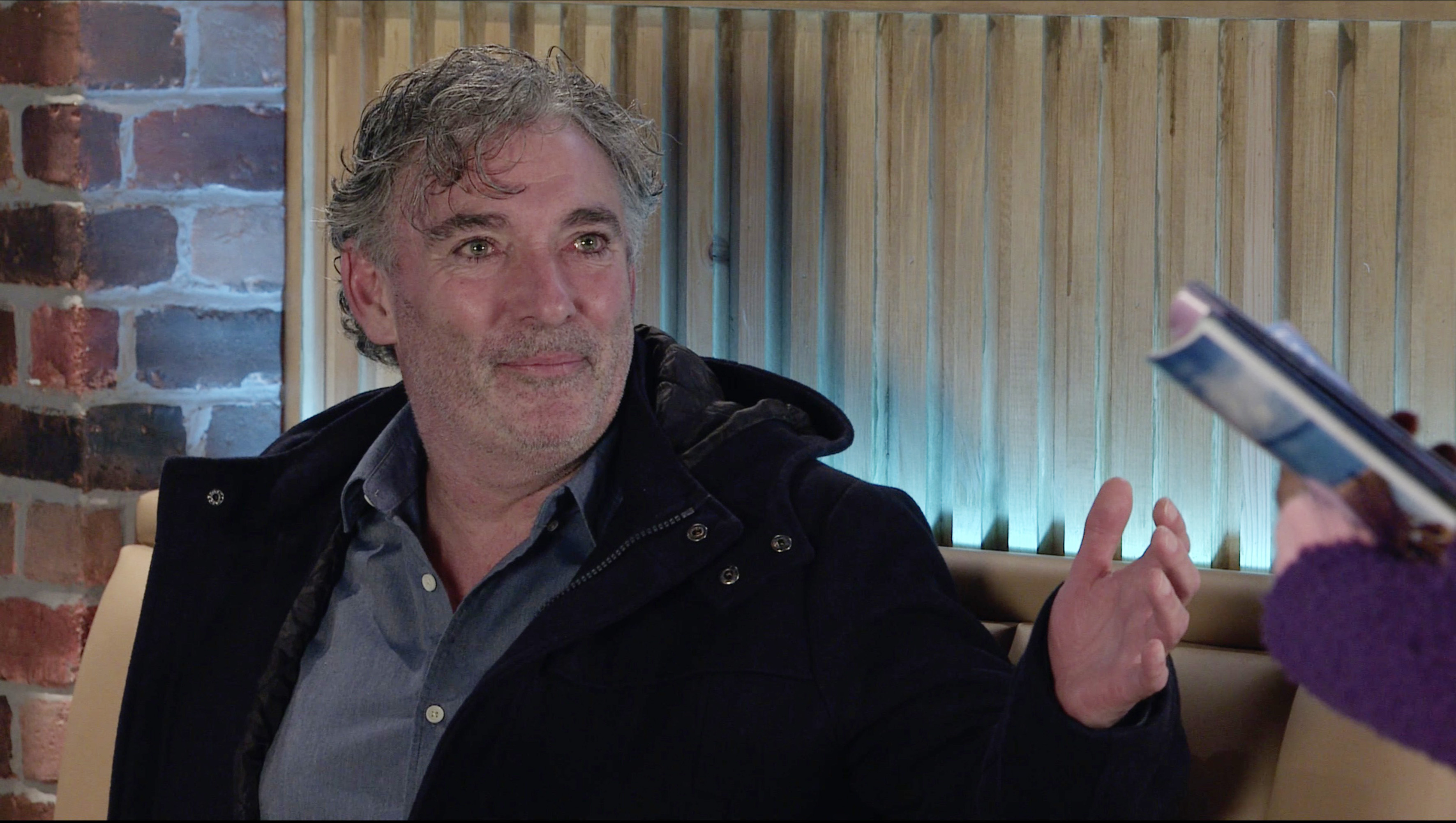 Why? Because he’s told Emma (Alexandra Mardell) his dad is dead.

Lies appear to be the theme for Curtis and Emma over the coming weeks as Curtis tells his girlfriend their wedding will be small as he doesn’t get on with his family and his pals are abroad.

Thinking she’s doing something wonderful; Emma secretly tells Steve (Simon Gregson) she wants to surprise Curtis by inviting his family to the wedding.

The next day, after another meeting at the hospital, Curtis tells Emma his consultant is confident his heart condition can be managed.

Back on the street, new face Neville arrives.

Curtis quickly manages to cover, making out Neville is actually his stepfather.

But when Neville realises Curtis has told Emma he’s dead, he decides to go along with the lie.

What is going on with Curtis then?

Well, it appears quite a lot:

A Coronation Street spokesperson recently said: ‘A Christmas wedding has everyone excited, but as Emma prepares to marry her dream man she discovers Curtis is not all he seems.

‘Her heart set on a big white wedding, will Emma be able to forgive the unforgivable or will Curtis be leaving Coronation Street without saying: “I do?”’

We can’t confirm exactly how the storyline plays out, but suffice to say that Emma will have a big decision on her hands over the festive season.