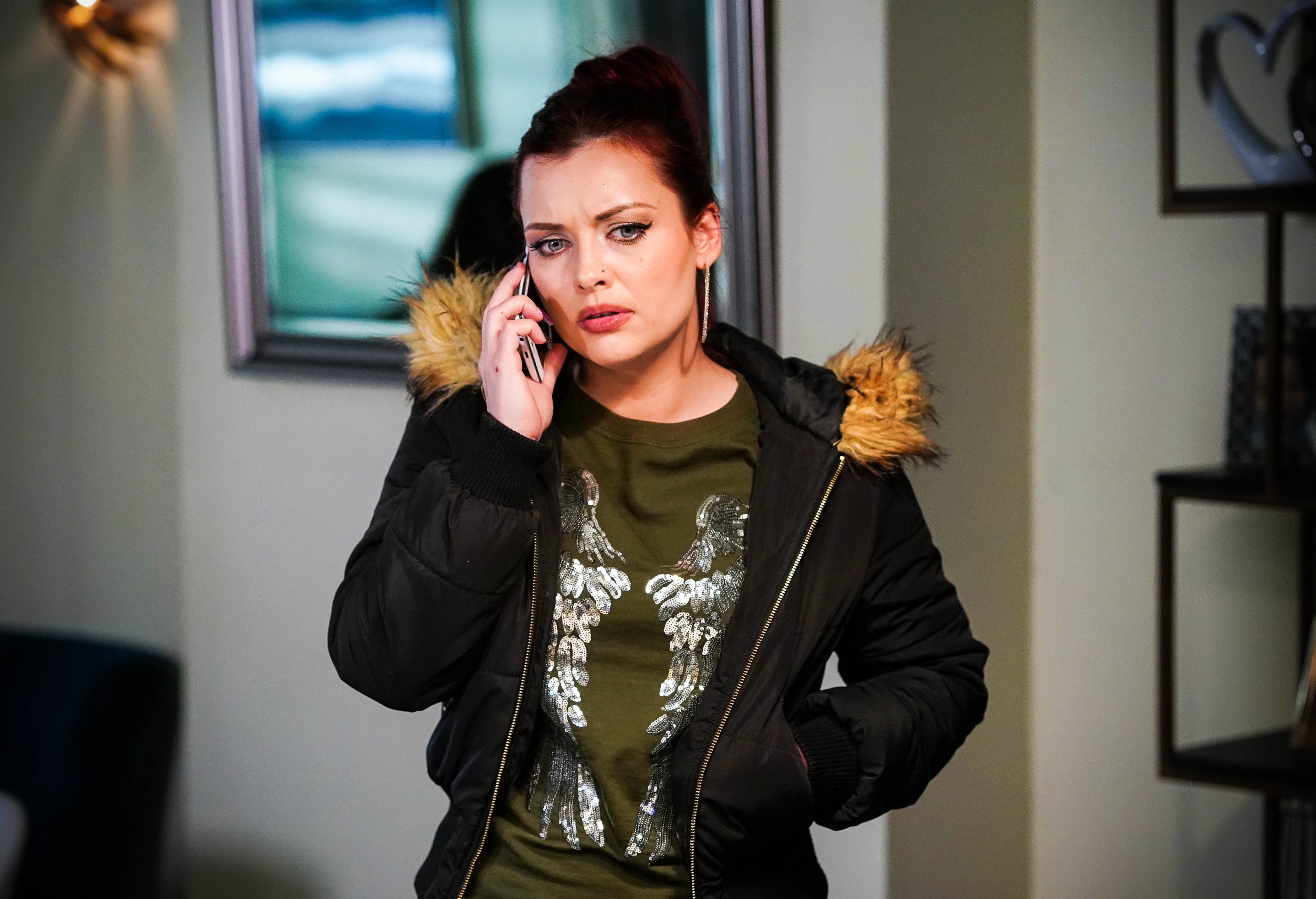 Gray Atkins (Toby-Alexander Smith) is still spinning the lie he’s working as a lawyer in EastEnders.

Unbeknownst to everyone, Gray is working in a burger café, but his secret doesn’t stay secret for much longer.

Chelsea (Zaraah Abrahams) gets a call from Gray asking her to pick up an unwell Mia from school.

Whitney (Shona McGarty) appears and congratulates her on the engagement but adds that she hopes she thought it through.

Chelsea promises she’s happy about the decision and asks Whitney for help with Mia.

As Mia’s sickness bug worsens, Whitney calls Gray’s work to let him know, but is suspicious when she discovers he doesn’t work there anymore.

The next day, as Whit watches Chelsea and Mia, Tiff (Maisie Smith) advises her to be 100% sure before she confronts Gray about the job lie.

Later, during Gray’s shift, he gets a call and lies to Whitney about where he is.

However, Gray remains unaware Whitney has found him working at the burger café.

As Whitney debates whether to tell Chelsea or not, could this lead her to danger?

If Whitney continues to interfere, will Gray take action?

'The Sopranos': How Will Janowitz Reacted to Finn's Big Scenes With Vito Spatafore