STACEY Solomon has been forced to deny she has secretly had her baby.

The Loose Women star, 31, sent her followers into a frenzy when she shared a picture of herself in a baggy top on Instagram – with fans claiming she "doesn't look pregnant". 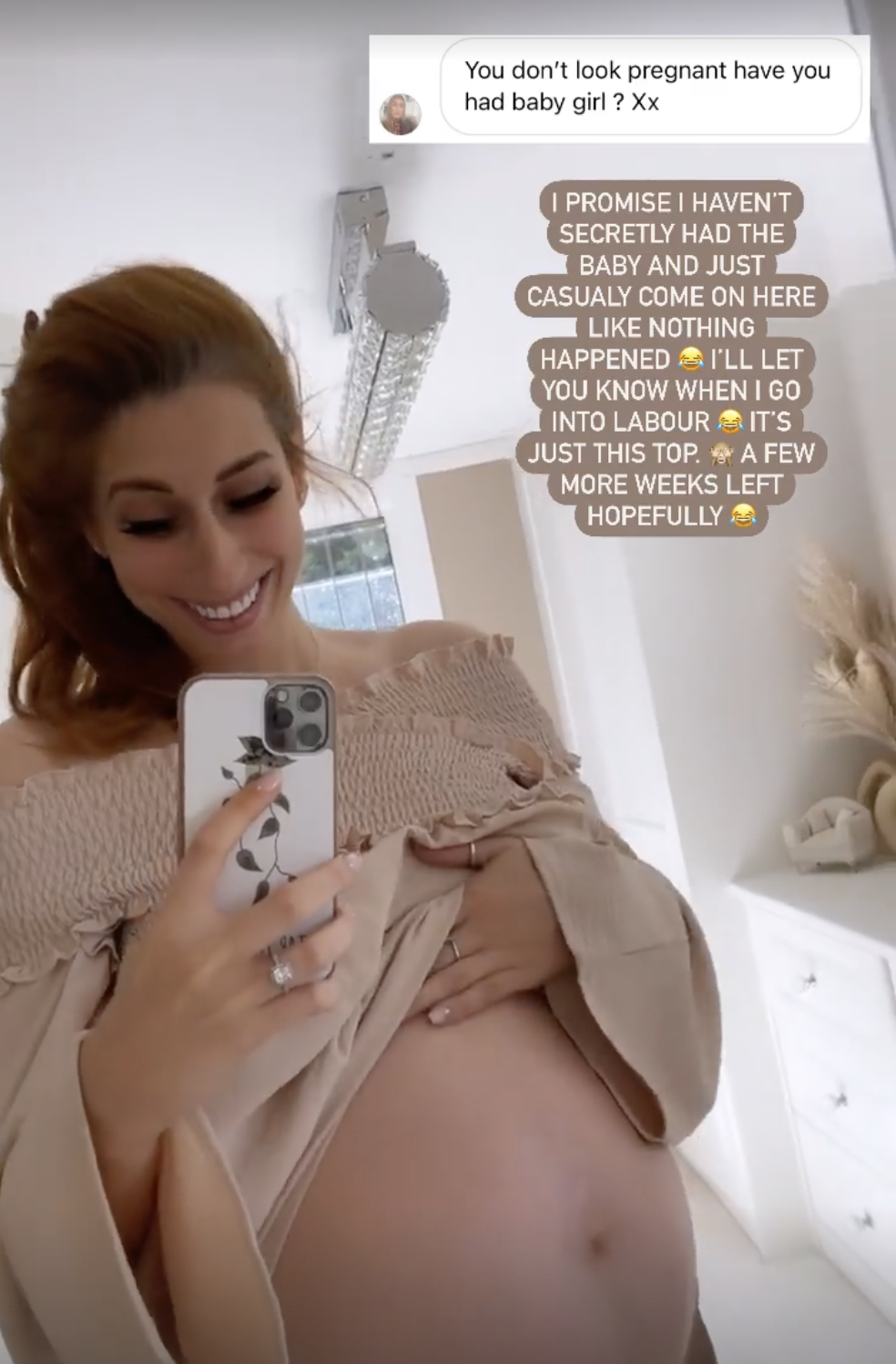 Stacey stopped also posting on social media for almost two days – only breaking the silence with a remembrance tribute to the victims of 9/11 yesterday.

But the busy-mum-of-three took time out of day to clear up any rumours she had already had her baby daughter.

She wrote next on the sweet snaps: "I promise I haven't secretly had the baby and just casually come on here like nothing happened. 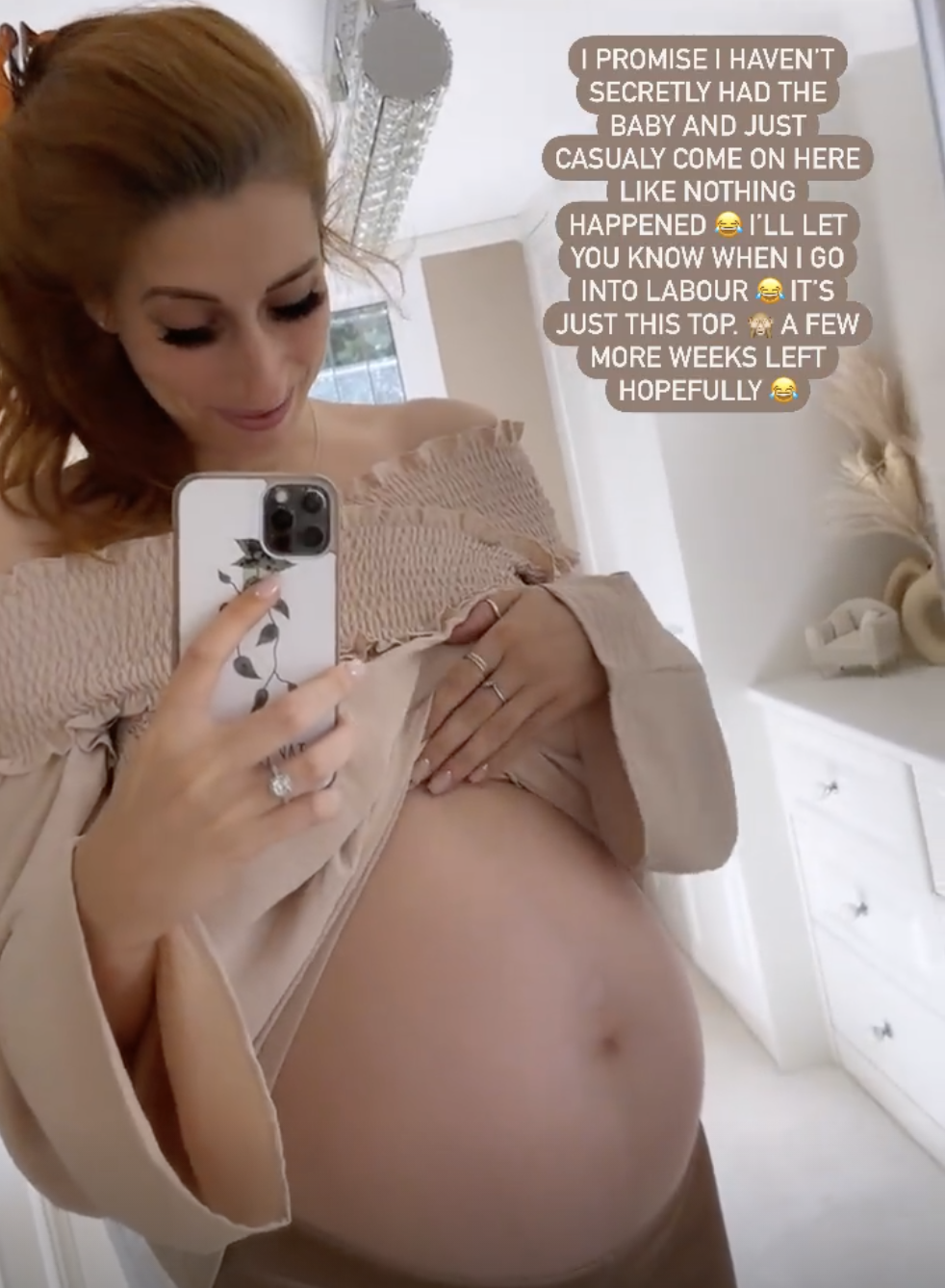 Stace went on: "I'll let you know when I go into labour."

She then explained that it was the baggy top that she was wearing that had made people think she had given birth, adding: "A few more weeks left hopefully."

The rumours she had given birth started when Stacey posed for a selfie and wore a baggy top that revealed just a hint of bump.

She captioned it: "Going to take the boys for a long walk today, cook a roast and may even treat myself to a little craft half hour if I get the chance…

Meanwhile earlier this year Stacey admitted to feeling nervous about telling people she was pregnant after trying for another child for a "really long time" and following "a few" tragic miscarriages.

But she was filled with emotion when she revealed she was expecting a baby girl who she said was her "littlest pickle". 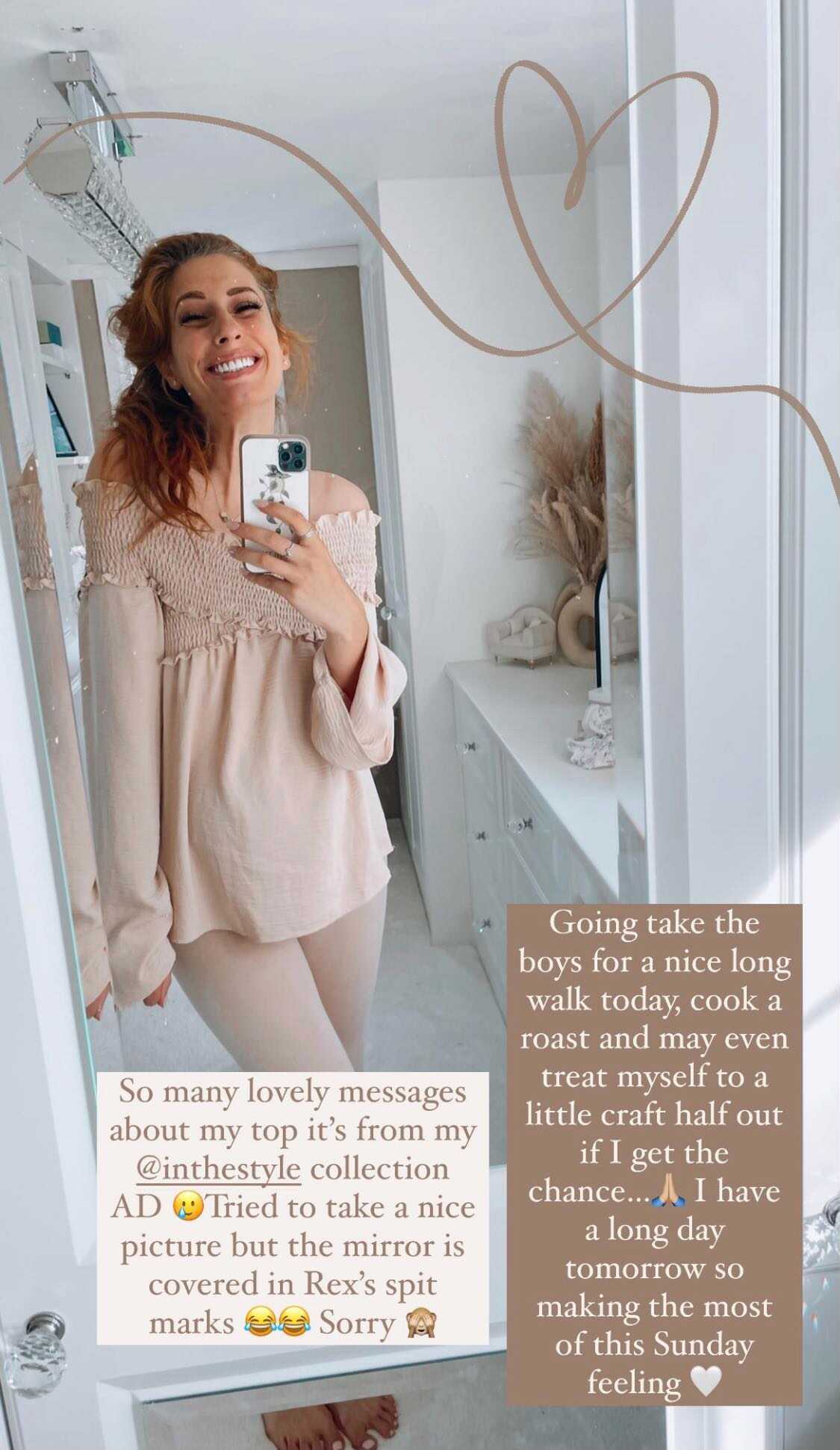 Stacey said: "I don't think having it out there was ever a worry, but I was in denial.

"We wanted to wait until a point when if it was happening, it was actually happening hopefully.

"Sometimes it's nice to share everything so everyone is involved in the experience, whether it's good or bad.

"Sometimes it's nice to just fester in a cave and stay safe and stay in.

'Below Deck Med': Malia White May Regret Bringing Her Boyfriend on the Show

Diane Keaton Wowed by The First Wives Club Impersonation Video: 'He Did a Better Job Than Me!'

'Chicago P.D.': Ruzek and Halstead Go Undercover, But It Gets Ugly