Gary Oldman might only have Academy Award — for playing Winston Churchill in 2018’s Darkest Hour — but the actor is easily one of the most versatile performers of his generation. With every role he takes on, Oldman loses himself in the character, fully embracing the tone of the piece. So Star Wars fans might be disappointed to learn the actor nearly made an appearance in the “galaxy far, far away.” Here’s who he would have played. 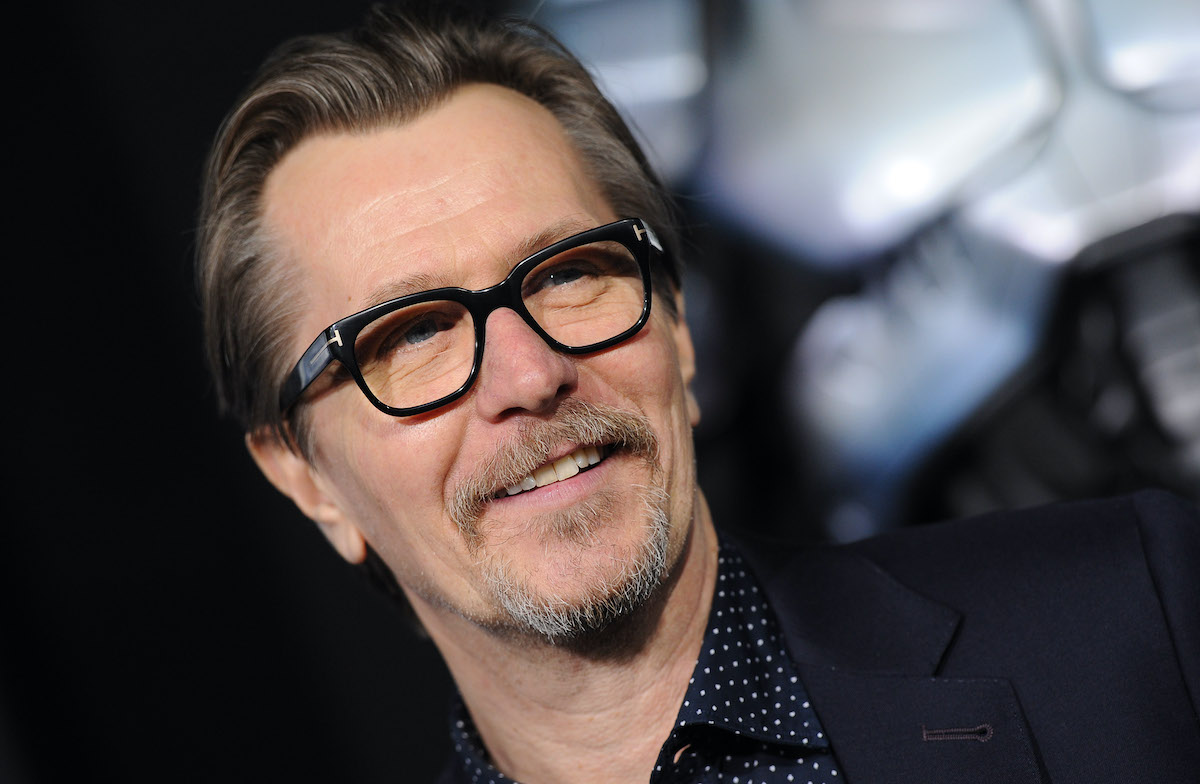 Through most of the 1980s and 1990s, Oldman was one of the consistently fascinating actors in the business. He delivered standout roles as Sid Vicious in Sid and Nancy, Lee Harvey Oswald in JFK, and the titular vampire in Bram Stoker’s Dracula. In the late 1990s, Oldman began to appear in bigger and bigger films, playing the villains in The Fifth Element, Air Force One, and Lost in Space.

But it wasn’t until the 2000s that Oldman began to tap into franchise movies. His first sequel was technically an uncredited part as Mason Verger in Hannibal. But just a few years later, he appeared first as Sirius Black in the Harry Potter series and as Jim Gordon — and pointedly not another villain — in Christopher Nolan’s Batman movies. And he very nearly added another fan-favorite movie series to that list around the same time.

In the early 2000s, George Lucas’ Star Wars prequel trilogy was in full swing. And the director had his eye on Oldman for a key role in the final installment, Star Wars: Episode III — Revenge of the Sith. The actor would have joined the cast as the voice of General Grievous, the cyborg leader of the Droid Army. The villain ultimately perishes in a climatic battle with Obi-Wan Kenobi (Ewan McGregor).

Though interested, Oldman ultimately bowed out of the film due to its use of non-union workers, according to The Guardian. Since the actor is a member of the Screen Actors Guild, he opted not to work illegally, even on a Star Wars project. Matthew Wood — a sound designer at Lucasfilm — stepped in to voice the role, which he reprised on the Star Wars: The Clone Wars animated series.

Perhaps Oldman’s missed opportunity with Star Wars inspired him to join the Harry Potter, Batman, and Planet of the Apes series over the years. Whatever the case may be, he seemed enthusiastic when he had another chance to join J.J. Abrams’ The Force Awakens years later.

“They’ve called,” Oldman said in 2014 according to Sky Movies (via NME). “You know, I’m more cynical about it now. I’ll believe it when I’m on the plane home. The deal isn’t done, but yeah, they’ve inquired.”

However, nothing seemingly came of those talks. After all, Oldman still hasn’t appeared in the Star Wars saga. Fans don’t even know which role the actor was up for — perhaps Max von Sydow’s Lor San Tekka or Andy Serkis’ Snoke? — but there’s no doubt Oldman would have come to play.

Theaters Have Many Problems, but the Consent Decrees Weren’t One