Stranger Things left viewers in a bit of a frustrated situation at the end of season three, as Jim Hopper (played by David Harbour) was supposedly killed off. However, clues were left in the final seconds of the episode which left viewers not so sure about his exit.

To begin with, Hopper’s death was not actually seen, as the exploding machine next to him did so without him in view.

Next, viewers were treated to an after-credits scene after the action had stopped, which could have teased his life.

The scene in question saw two Russian soldiers discussing an “American” prisoner – leading fans to believe it was Hopper trapped.

Since then, season four has been announced, preparing viewers for a world without Hopper. 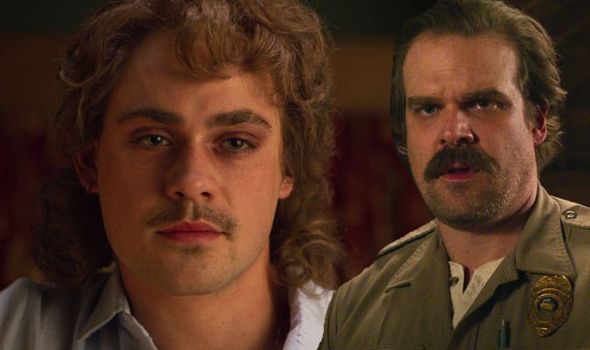 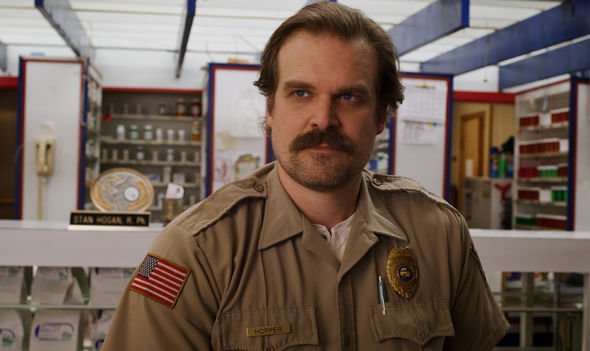 But fans on Reddit seem to think the new tagline – “We’re not in Hawkins anymore” – is in fact a massive clue to Hopper’s whereabouts.

Reddit user JoeRWM8 began: “We’re Not in Hawkins Anymore. A few things to note, this has been said a bunch of times. First time was in the announcement trailer, when everything went upside down abruptly, hinting at a few things to see in season four.

“And also in a post from Netflix which had a picture of the Byers families moving van driving of, but interestingly the posts quote was upside down.”

The writer went on to explain that this quote may have instead been leading towards the Mind Flayer chasing Hopper’s location. 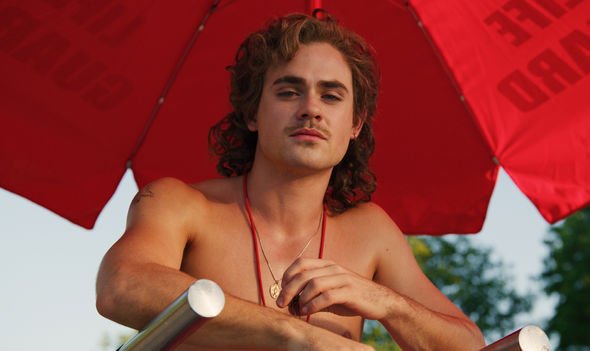 “It makes a lot of sense, the Mind Flayer, even though they are all technically him, still calls the people he possesses ‘we’, as if they are independent.

“And in the teasers, it constantly says ‘WE are not in Hawkins anymore’. I think he’s travelling somewhere, or he has found somewhere.”

If the new slogan is in fact being said in the point of view of the Mind Flayer, could he indeed be following Hopper?

And if so, what does Hopper have that the Mind Flayer wants or needs?

Meanwhile, viewers have also been theorising that the Mind Flayer only lost to Billy Hargroves (Dacre Montgomery) because he fought back.

The recent Reddit post read: “Mindflayer: is a terrifying inter dimensional monster with insane power, and is capable of making an army of slaves. Also the Mindflayer: Almost loses a one-on-one fight with Billy.”

Another viewer commented: “Not sure what you mean? It killed Billy at the end, the only reason it didn’t kill him right away is because it didn’t expect him to be free from his possession.

“But even than his death was drawn out, but it could be because it was surprised that after everything, Billy would still defy it.

“If your referring to the beginning when he’s lead into the Mill, He was dragged and it was incredibly dark out, Billy only put up a fight to resist being dragged down the stairs but he failed that within 6 seconds.”

Stranger Things season 1-3 are available to stream on Netflix now.

'Teen Mom 2': Why Kailyn Lowry Turned Javi Marroquin Down When He First Asked Her Out