The newest season of The Bachelor kicked off on Monday and it looks like there’s entertaining television ahead. But isn’t there always? Matt James is the first Black Bachelor, and he — like all leads before him — has criteria in the women he’s choosing. He has to propose to one of them right?

While it doesn’t seem like he has many deal-breakers, he does have a few. And one of them has to do with a certain type of food.

Food, and working with kids, is pretty close to James’ heart 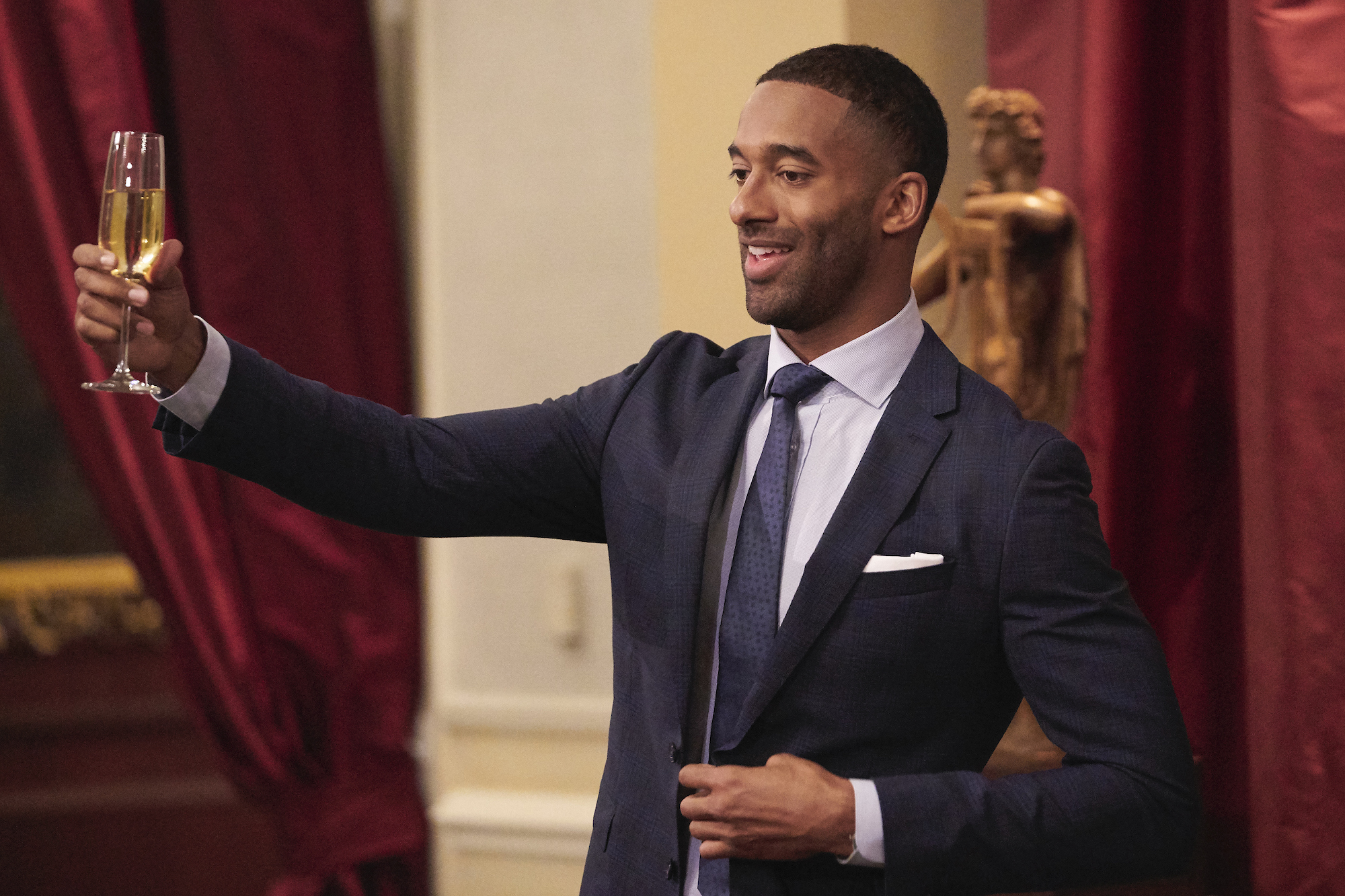 However, with the COVID-19 delays, and ABC needing to cast a lead, James was brought on as the first Black Bachelor. He does have ties, being Tyler Cameron’s best friend and friends with Hannah Brown. But still, this is all just as new for him as it is for the ladies who are fighting for his heart.

When he’s not being a real estate broker in New York City, he and Cameron run ABC Food Tours, a nonprofit organization that aims to introduce low-income children to food and activities they might not otherwise experience, according to PopSugar.

With his love for food, and sharing new, exciting dishes with kids, you’d think James would be able to stomach a ton, right? Well, not when it comes to spicy food. In a Jan. 5 interview with Entertainment Tonight, James told Lauren Zima that that’s actually a deal-breaker for him.

“My stomach is jacked. If you’re throwing a bunch of spices in there and we’re eating crazy, it’s probably going to be a non-starter for them, because I’m going to be all gassy,” James said “So, the spicy food is going to be hard.”

So while James is thinking more about what his future partner might think if he’s gassy all night thanks to too much hot sauce, the sentiment still stands. But in addition to not being a fan of spicy food, he also needs his leading lady to be honest.

“We gotta be able to trust each other, so if you’re a liar then that’s a non-starter,” he told Entertainment Tonight. And lastly, he said that he needs a woman who can laugh with him.

“You have to be able to laugh at yourself because life is too short to take everything so serious,” he added. “So, [I need] someone to have fun with. You gotta have a good time.”

However, religious differences aren’t a deal-breaker for James

As for non-deal-breakers, religion isn’t particularly one of them. James did have a prayer on his first night as Bachelor, however if his future fiance doesn’t have the same religious beliefs, he wouldn’t turn away.

He told Entertainment Tonight that the reason he brought everyone in for prayer was that he was so full of nerves. That’s what he does when he needs to calm himself. But, he knows not everyone is in the same boat.

“My views are my own and I would never force that on somebody, especially with those views being different within my family,” James said. “My brother and I have completely different religious beliefs, and I don’t love him any less. I would never want that to be something that kept me from being with somebody.”

What is the Strictly Keep Dancing Challenge? – The Sun