Now that The Blacklist Season 8 finale “Konets” has come and gone, it’s worth backtracking to the episode prior — “Nachalo.” The mostly black-and-white episode marked the first time viewers — and Elizabeth Keen (Megan Boone) — learned more about the blacklist origins. With everything that’s come to pass since let’s take a look at a few key moments from “Nachalo” and why they’re going to be that much more important in season 9.

‘The Blacklist’ epicenter in Latvia is exposed to Liz Keen 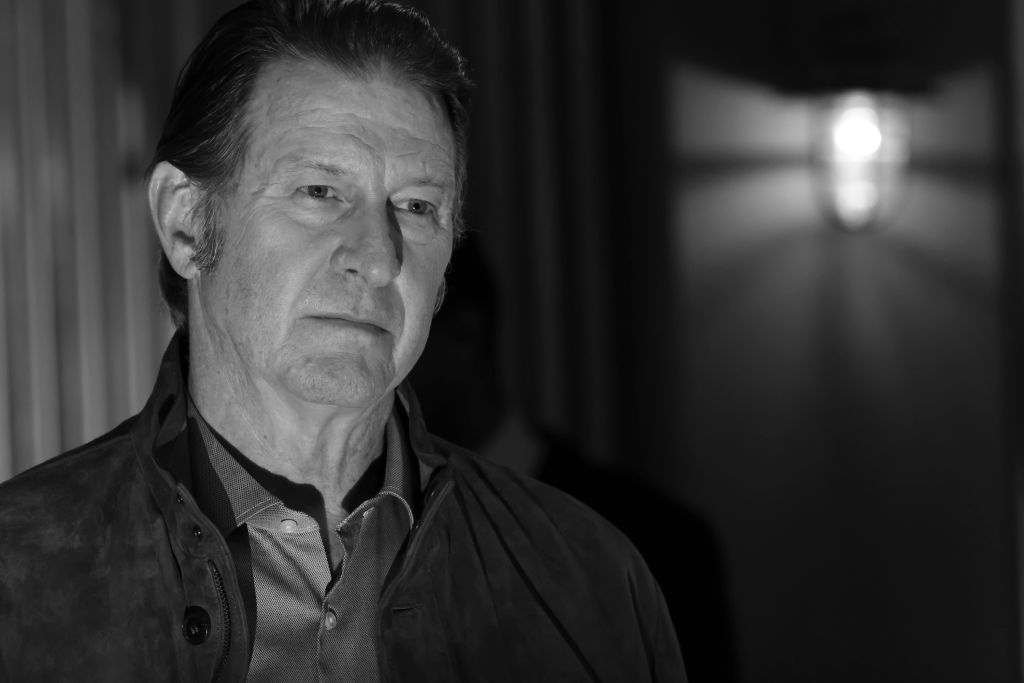 Liz may have secretly planted a tracker to help Neville Townsend find and kill Raymond “Red” Reddington in “Godwin Page,” but by the time we get to “Nachalo,” it’s time to take a step back to learn about the mythology surrounding Liz, Red, and the blacklist.

Upon flying to Latvia, Red opens the door to the epicenter of the blacklist where intelligence is run almost entirely via analog because technology gives him “the jitters.” He’d only just definitely revealed he is the elusive spy N-13 as he shows Liz around his “life’s work for the past three decades.”

The site is quite literally a place where analysts secretly gather intel. Red says there are 17 outposts throughout the world and they’re so innovative, they print their own currency. The burn Liz suffered on her palm is the same “scar” on the site’s boxes.

“I’m not a Russian asset — I’m a criminal. I’m Raymond Reddington,” Red says as Liz interjects about her mother.

“I saw you shoot her,” she exclaims.

“You don’t know what you saw. Forget about everything you think you know right now. There’s only you and me and the truth,” he continues as Katarina’s voice dubs over. “You need to hear my story.”

Liz was conceived as “part of a lie,” after the real Katarina Rostova reveals she was born into a world of spies. It was her “destiny.” She helped her father before she ever knew or understood what she was doing and became close to her handler, Ivan Stepanov.

Katerina didn’t love the husband she had but fell into a relationship with her “mark,” Raymond Reddington. She soon became pregnant with Liz — or, Masha Rostova. Ivan felt it to be an opportunity because a child would help keep Reddington “invested.” This plan was created by Dom.

The discovery of the Fulcrum set things in motion

To cover older versions of this story, we’re now told Reddington knew Katerina was a plant and their relationship was a lie. He wanted to report her to his superior but needed evidence she was a KGB spy so he kept digging for two years. He discovered she wasn’t only a KGB spy, but she also spied on Americans and others with no allegiance to anyone. She was connected to something larger — the Cabal global network.

Once the fulcrum was found, Reddington could prove the existence of a conspiracy. The night of the fire, Katerina attempted to get the Fulcrum away from Reddington. When Masha/Liz saw them arguing over it, she shot Reddington. So yes, her real father is technically a man named Raymond Reddington who spied on Katerina the same way she spied on him — but he is not the Reddington who re-appeared in Liz’s life in the pilot episode of The Blacklist.

The fire and death of Raymond Reddington

After Liz shot her father — something we’re still trying to understand — Katerina’s henchman took Liz to the car. We also learn that Katerina also went to the car to try to save Reddington but he “died in my arms.” The man couldn’t find the Fulcrum, Liz went in to find her bunny (where she got the scar on her palm), and Katerina went in to get Liz

“You were burned,” Liz said.

“We both were,” the memory of Katerina told her.

Seasons back, we learned that the Red we know and love has burn scars all along his back.

It’s Katerina who confesses to erasing Liz’s memory even though Red has already addressed that, claiming responsibility in prior seasons by we digress. By this point, Katerina called Mr. Kaplan who told Katerina to leave “Masha” with someone she “trusts” because as a double agent, giving her up was the “only way to keep her safe.”

We already know from “Cape May,” she wanted to take her life but ultimately decided she couldn’t if she wanted to keep Liz safe. Her plan was to disappear, which she discussed with Ilya Koslov since they betrayed their country together.

Dom lied about who became Reddington so they could frame Red as a traitor and use his $40 million to start a new life. The catch? Raymond Reddington would have to show up in person to get the money. Iilya confessed to pretending to be Reddington long enough to get the money which showed Katerina how valuable “Red” could be.

Tatiana Petrova pretended to be Katerina Rostova because it was her job. She was an asset and they chose the job for her, but she wanted out when she realized it was a death sentence. Dom planned this out to save his child and grandchild over Tatiana. The real Katerina vanished so that the fake Katerina could pose as bait. What began as the fake Katerina driving to the city to deliver a package became something bigger.

A photo leaked that Katerina was staying at a local inn but instead of killing her, it killed her (real) husband. The world then believed her to be the real Katerina Rostova. All the while, the Red we know tracked her down, financed her life, and protected her all the way up until she set off on a mission to drive out the real Katerina to save herself. Thus, Red killed her, and Liz’s reason for vengeance makes a lot less sense.

The ‘Rederina’ theory is mentioned

For many seasons, fans have theorized that Red is actually the real Katerina. “Nachalo” all but confirmed as much when, in this story, Katerina explains that despite giving Masha/Liz to Sam, she still wasn’t safe. The hunt continued and Katerina needed to do something more drastic. She explains that no one knew Raymond Reddington died and wanted to create someone “powerful” and “feared” to monitor the danger — but she needed a “complete transformation.”

What follows is a montage of surgery with James Brown’s “It’s a Man’s World” playing. By the time anyone could blame Katerina for anything, Ivan could say she was already gone. She said 13 packets of intelligence could be used to blackmail (and other reasons) all built to keep Liz/Masha safe.

Liz wonders why at the expense of people she loved to which Katerina said they were people she “didn’t even know.”

Still dissatisfied, Liz asks: “Now I have the why. Now I want the who. Who became Reddington and where have you gone? You’re my mother but you let someone else watch over me; let me believe you’re dead. Where are you? Answer me. Who became Reddington? Who is he — I need more; I need to know his identity.”

“There’s no more if you’re dead,” Red says as Townsend and his men bust through. The room erupts in gunfire, hitting Liz.

‘The Blacklist’ ends with a literal bang

Despite Red and Townsend trading time-consuming jabs, Townsend reveals he only wants Red to watch her die. In the midst of another shootout, Debe comes in clutch by opening a bunker door where they escape. Red finds his way to the radio to take responsibility for the death of Townsend’s family while tossing in tidbits about how the “nest” they’re in was built to last through the Cold War.

After a few more words that don’t progress the story, there’s an explosion that we assume kills Townsend as the show goes black. With all of this to digest, it’s worth asking why, if Katerina’s (or Red’s) sole mission in life was to keep Masha/Liz safe, then why put her right in the middle of all this danger, to begin with? Did writers confirm the “Rederina” theory? And, could there be a mole on the inside?

We’ll be holding our breaths until season 9 answers (at least some) of these questions.

‘We Are Really Demanding’: CAA’s Longtime Leaders Reflect on 25 Years at the Helm