The Chase: Mark Labbett reveals he was ‘five years old’ in 1971

The Chase’s resident quizzing expert Mark Labbett was on the receiving end of some rather scathing criticism from ITV viewers on Thursday evening when he faced off against final player Heidi. The Beast had been in fine form throughout, knocking out first three players Oliver, Sonal and Tom without too much trouble. However, after Heidi took Mark on for the high offer of £60,000, he answered a number of questions incorrectly.

With the prospect of none of the team making to back to the Final Chase, host Bradley Walsh was left over the moon when Heidi decided she’d go for the higher offer to make the last head to head interesting.

Despite only racking up £4,000 in her cash-builder, Heidi wasn’t deterred from going high as she told Bradley: “I’m gonna go high.

Bradley and Mark both praised Heidi for her courage and she managed to wow them both during her head to head as she pocketed the £60,000 for the Final Chase. 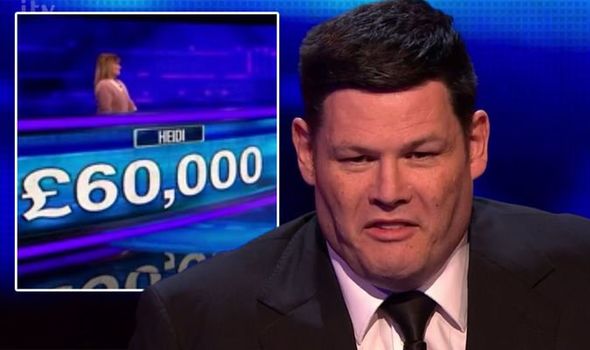 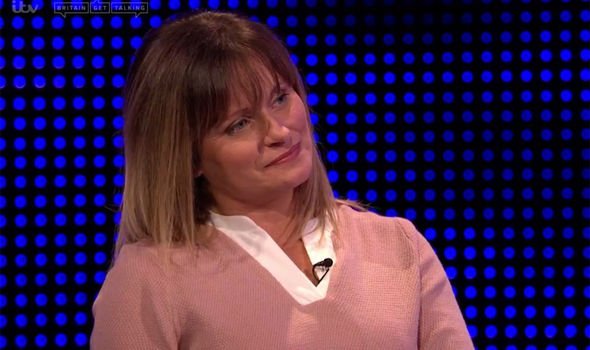 However, she did so after Mark as the Chaser answered several questions incorrectly – despite having seen off the previous players without a hitch.

And this didn’t go unnoticed by ITV viewers, who were quick to blast The Beast’s performance.

“Mark throwing this on purpose #TheChase,” accused one fan, with a second agreeing: “Beast definitely throwing this for final chase entertainment purposes #TheChase.”

“He’s doing this on purpose surely!! #TheChase,” opined a third with a fourth concurring: “Is the beast under pressure for £60,000 haha #thechase.”

A fifth also weighed in: “All of a sudden, the beast is getting loads of questions wrong? [confused emoji] #TheChase.”

However, Mark has made clear previously he has “never” thrown any questions during his stint on the ITV show.

“If you think I did, then please unfollow me and never tweet me again.”

Mark made up for his poor performance in the last head to head by catching Heidi in the Final Chase.

The contestant had racked up 10 steps on her own, but it was no match for The Beast who sent her home empty-handed with 56 seconds to spare.

The most popular Bridgerton style homes for sale in the UK