Bradley Walsh welcomed Iain, 44, Alan, 59, Nicola, 33, and Annaliese, 25, on to The Chase this evening. All four players took on today’s Chaser, Paul Sinha in a bid to win a share of the jackpot prize. However viewers couldn’t help but notice Alan shared a striking resemblance with Great British Bake Off judge Paul Hollywood.

First to face the Chaser on the ITVc quiz show was Iain who earned his spot in the final after adding £5,000 to the prize fund.

Next up was Alan but before he began his cash builder round, Bradley wanted to find out a little more about him.

He began: “Welcome to the show Alan, what do you do for a living?”

Read more: Jenny Ryan announces move away from The Chase: ‘Cat’s out the bag’ 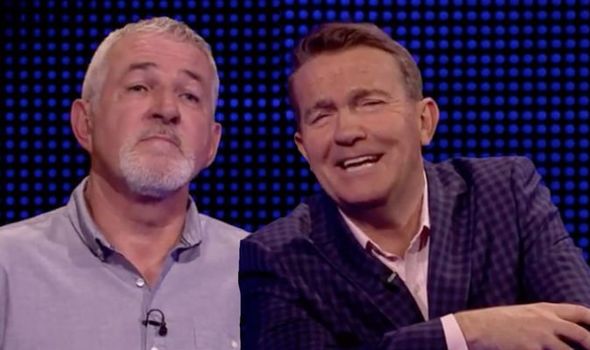 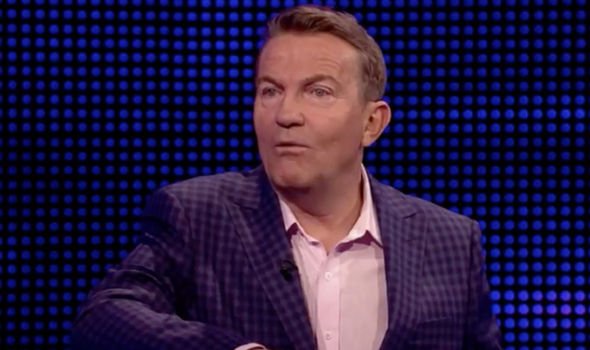 “Wow love it, what do you do when you’re not working?” Bradley remarked.

“I play hockey, I do a bit of baking as well,” the contestant revealed.

He said: “Hang on you do a bit of baking, because you look like Paul Hollywood.” 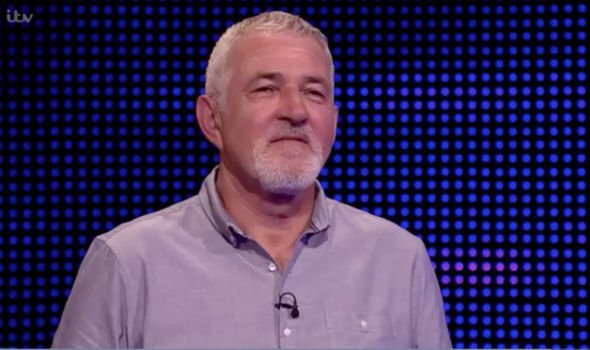 “You’re a dumbed down version, I think we’ll call you Paul Cricklewood,” he joked.

“So what sort of stuff do you like baking?”

Alan explained: “My signature bake is a lemon drizzle cake.”

Bradley found his response amusing and burst out laughing as he remarked: “I think you’re taking this slightly too seriously.”

Viewers watching the ITV quiz show were distracted by Alan’s appearance and took to Twitter to comment.

One said: “I thought this #TheChase was a celebrity episode and thought Paul Hollywood was on the show. He looks so much like him. @PaulHollywood @ITVChase.”

“Alan is the double of Paul Hollywood! #TheChase,” a third said.

“I came in late on this episode but wow, is Alan actually Paul Hollywood,” another remarked.

Another wrote: “Meanwhile, Paul Hollywood is raising funds for the #GBBO flour budget by moonlighting as “Alan” on #TheChase.”

Some fans thought he shared a resemblance to a particular political figure.

“#TheChase Is that Jeremy Hollywood or Paul Corbyn??,” another added.

Iain and Alan were the only players to make it through to the final chase were they were beaten by Paul.

Emmerdale spoilers: Will and Harriet come under suspicion for Malone's disappearance by DS Wise