CHASER Anne 'The Governess' Hegerty was left blushing as host Bradley Walsh make a crude joke about his private part.

Contestants giggled as a red-faced Anne struggled not to react to Bradley's X-rated quip about his "Pollex". 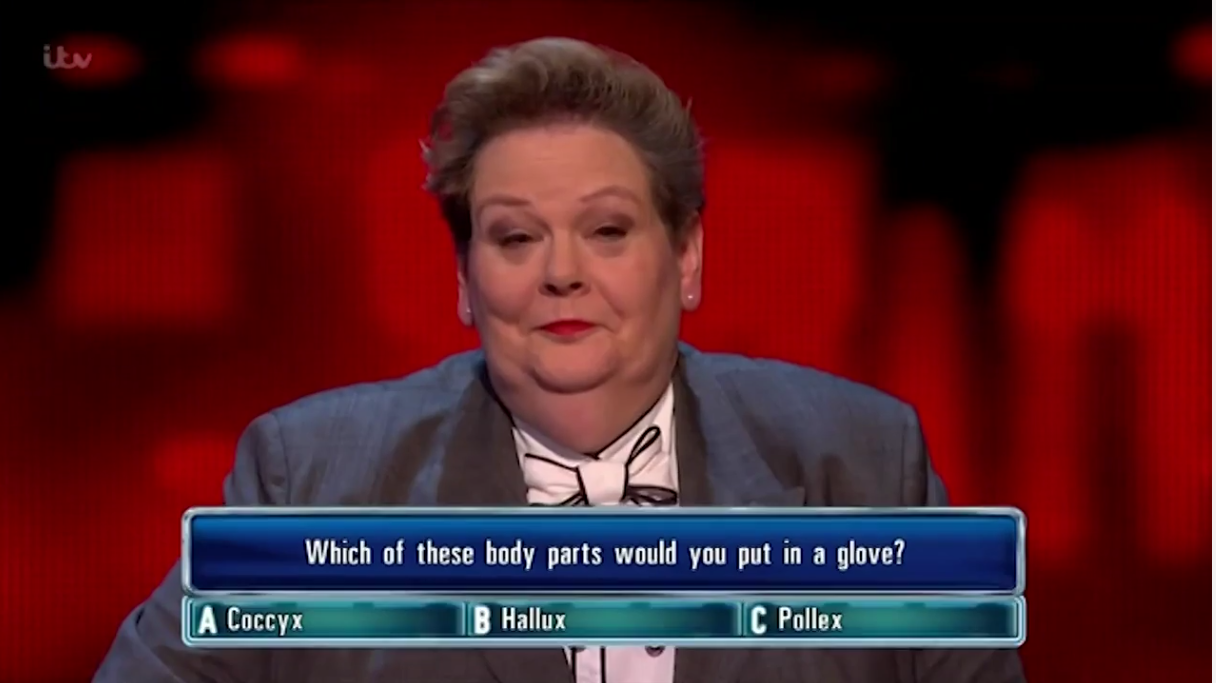 It came as contestant Dean was attempting to bank some money for his team and was already on £5,000.

Bradley, 61, read out the question – "Which of these body parts would you put in a glove?" – and he couldn't help but add a cheeky sidenote when one of the options sounded very similar to a particular rude word.

The possible answers included A – Coccyx, B – Hallux and C- Pollex.

The comedian quipped while looking straight-faced at the camera: "To be fair I've often had my 'pollex' in a glove. 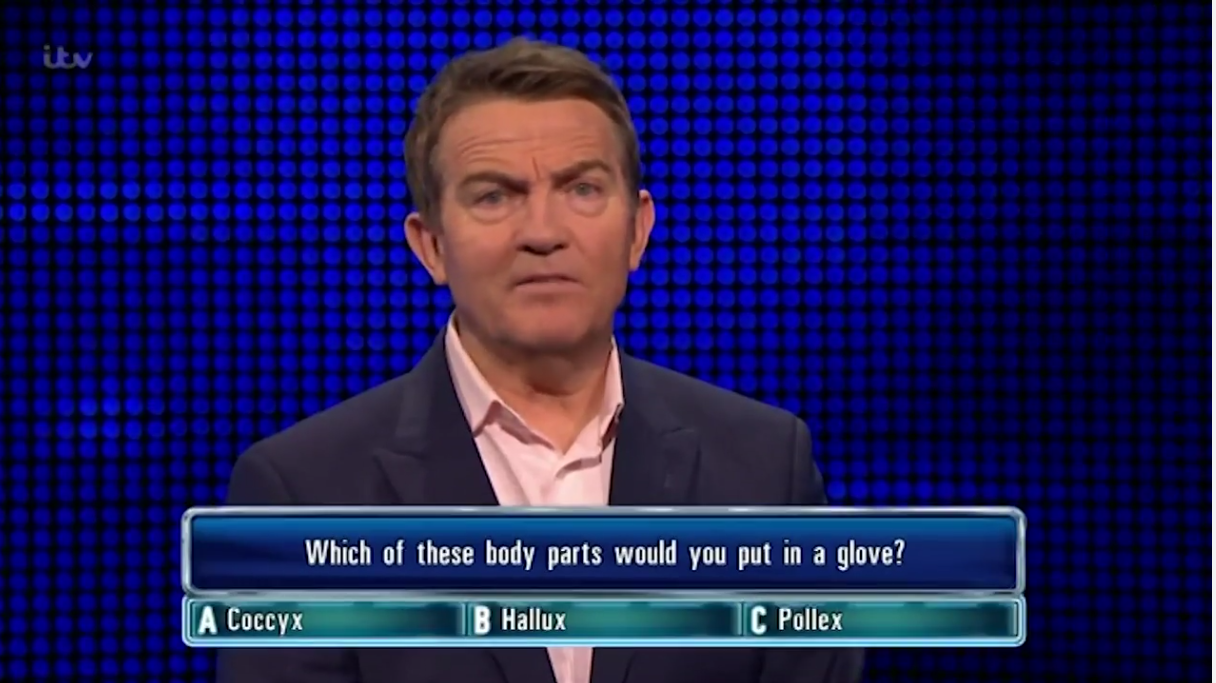 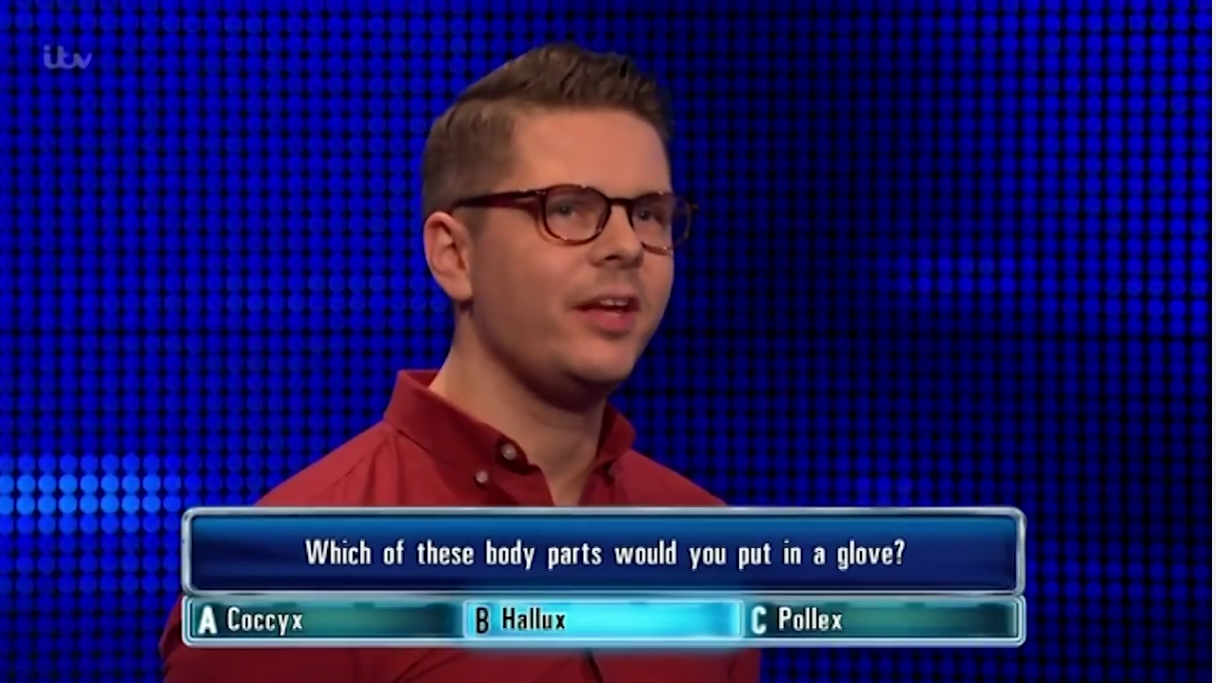 "Keeps them lovely and warm."

As those in the studio broke out laughing and the other contestants – Rebecca, Heather and Arshad – giggled away, Anne simply blinked and gave a disapproving look.

Dean opted for 'Hallux' as his answer before it was revealed that 'Pollex' was in fact the correct answer, with Anne explaining the pollex is the thumb.

And it's not the first time Bradley has revealed his rather crude sense of humour. 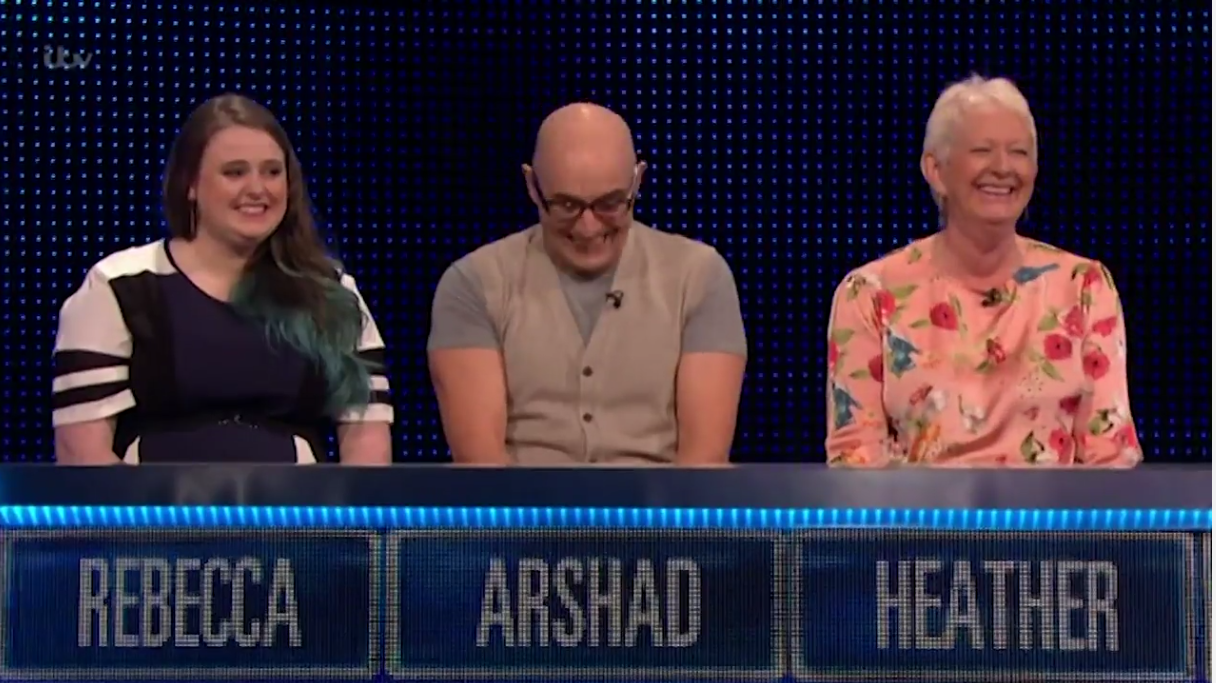 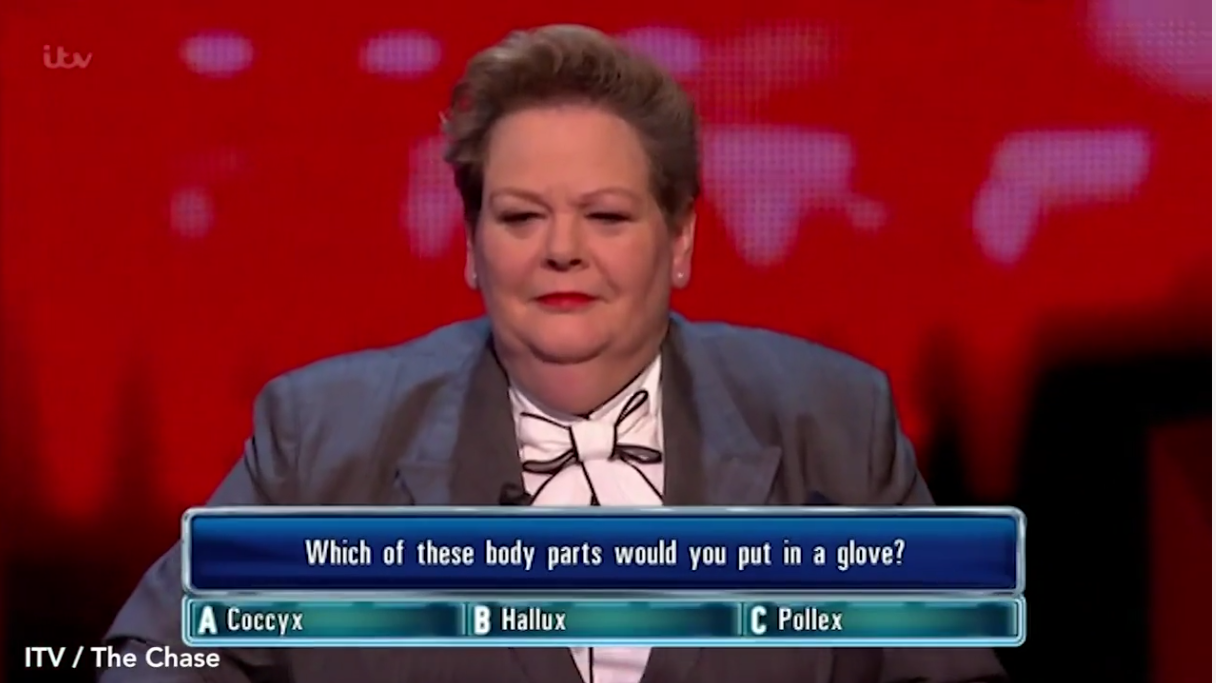 In March this year, host the funny man was left crying with laughter at a very rude innuendo about a women's privates.

A contestant called Jan was in her head-to-head with Anne 'The Governess' Hegerty when Bradley asked the question: "Who became the governor of Idaho in 2007?"

While that was innocent enough, one of the three answers was particularly cheeky and innuendo-filled.

Jan had the choice of A) Butch Otter, B) Sturdy Muskrat and C) Gritty Beaver.

Bradley started laughing as he saw option C and didn't even get the chance to read it out before Jan and Anne had entered their answers.

Viewers were as amused by the answer choices as Bradley, with one writing on Twitter: "Cos nobody likes a gritty beaver, do they."

Another joked:"Gritty Beaver?! I get that after a day on the beach!"