There can be few greater endorsements for a story putting the female gaze firmly on the male body than its embrace by the fictitious inmates of Orange is the New Black. As Litchfield Correctional Facility inmate Taystee explains the plot of Outlander to Poussey while waving around a battered copy of Diana Gabaldon's book in the prison library, "Lady travels back in time to Scotland … Hooks up with this big sexy outlaw type, and they be gettin' it day in and day out. Yo, it's hot!"

Yes, Taystee, it is hot. Story to date: at the end of World War II, British combat nurse Claire Randall visits Scottish Highlands to rekindle the flame with her worthy but boring historian husband, accidentally travels to the 18th century through some magical stones, gets rescued/kidnapped by a bunch of Scottish Highlanders engaged in guerrilla warfare with the British occupiers, hatches plot to escape back to her own time, is forced to marry young rebel Jamie Fraser to protect her from aforementioned soldiers, and discovers on their wedding night it's actually not such a bad thing after all. 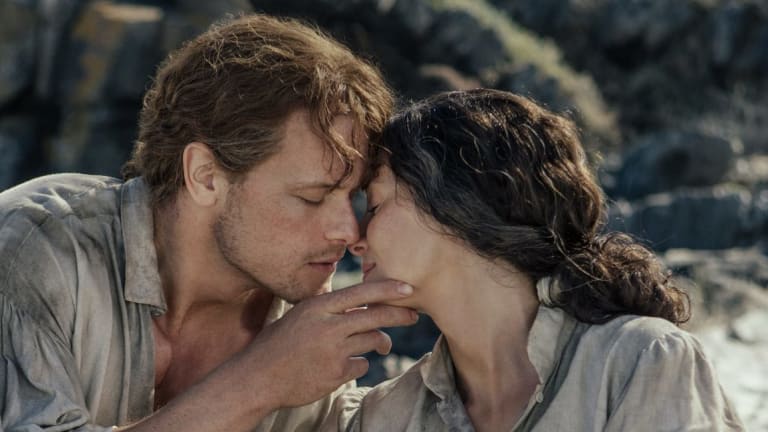 Outlander is now facing the inevitable hurdle of keeping its viewers’ passions while exploring the mundane minutiae of married life.Credit:Casey Crafford

Outlander is a series wedded to the notion of delayed gratification, never more so than season three currently screening on SBS (season four is fast-tracking on Fox Showcase). Reuniting the lovers 20 years down the track has required Frank to be dispatched to the hereafter (sorry Frank, you won't be missed), daughter Brianna – presumably a lass with one eye on sole ownership of that magnificent Boston house – encouraging Claire to go in search of Jamie, and Claire responding with approximately 30 seconds of "Really, I couldn't possibly" motherly concern before whipping up a costume on her Janome and booking a direct flight to Scotland.

The course of true love ne'er did run smooth, however, and a season that has been devoted to painful separation finds itself exploring painful reunion. Their 20 years apart have not been kind to Jamie's hair, which now sports a depressingly wispy fringe. Vigorous reunion sex aside, Outlander is now facing the inevitable hurdle of keeping its viewers' passions while exploring the mundane minutiae of married life. For, indeed, what woman hasn't found herself deciding whether to stay with a man who in her 20-year absence married a love rival who once tried to have her declared a witch and burned at the stake? And as the proverb goes, show me the man who hasn't moved into a brothel for the convenience of regular hot meals and weekly laundering and I'll show you a liar.

Perhaps Jamie and Claire could have used their time apart to better reflect on the fact that trouble follows them like a tail on a horse, but no – pretty soon after their combustible reunion romp Jamie's printing shop burns to the ground (metaphor, anyone?) and Jamie's nephew Young Ian is press-ganged into slavery by a bunch of jewel thief pirates. On reflection, boring Frank is starting to look like the better bet.

The weakest part of season three has been the ease at which Jamie is forgiven for his considerable sins, such as marrying the homicidal Laoghaire. Not only does Claire not flounce back to the 1960s, she gives him the world's first-ever penicillin injection to save him from post-gunshot wound infection. But loving Outlander for its plot has always been a bit like reading Playboy for the articles. Despite Claire inventing feminism and starting a crusade against slavery as they arrive in Jamaica in search of Young Ian, this remains a ride based on emotion rather than intellect. It's impossible to predict which way this most dizzy of historical time-travel plots will go – but it's bound to keep the Litchfield inmates hanging on. 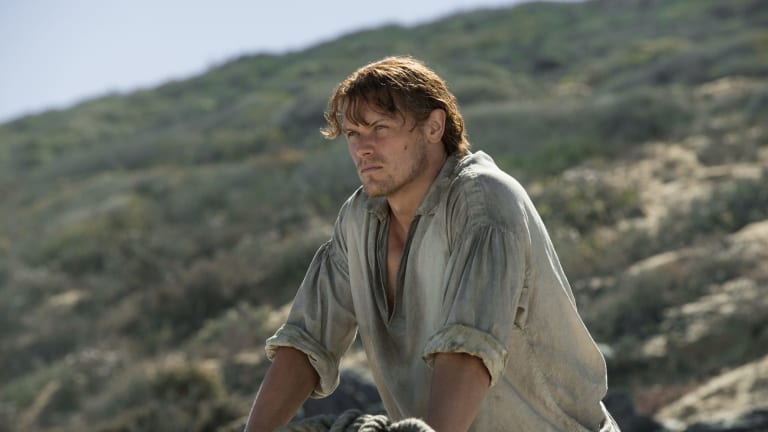 The weakest part of Outlander‘s season three has been the ease at which Jamie is forgiven for his considerable sins.Credit:David Bloomer

How old is Christina Ricci?