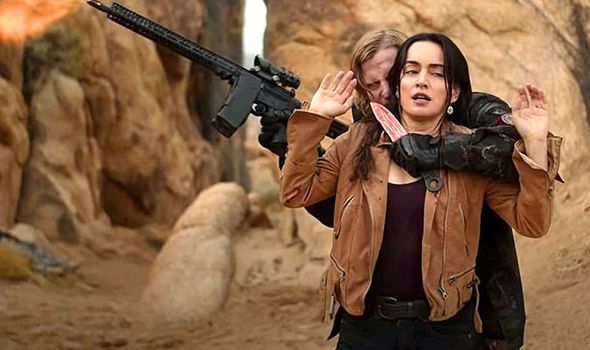 But impressive box office takings suggested that this 2013 take on the home invasion set-up had struck a chord. Two sequels, one prequel and a spin-off TV series followed. Their central idea of “Purge Night” – a government-sanctioned holiday where Americans can kill with impunity – seemed to speak to a dangerously divided and increasingly violent America. After ditching tense horror for violent action, these Purges dealt with class divides, black lives and political demagoguery.

To misquote Darwin, the key to its survival was its willingness to adapt.

Unsurprisingly, this fifth and allegedly final chapter has a Mexican flavour. Taking its cue from President Trump’s immigration policies (but filmed before his followers’ attack on the Capitol), it sees right-wing nutcases don silly costumes to purge America of its brown folk.

After the klaxon sounds for the end of the killing festival, the gunfire continues as radical groups announce a “Forever Purge” until white supremacy is absolute.

An attempt to breach Trump’s wall from the northern side is a neat reversal, and there’s an impressive action scene where our heroes fight running battles with purgers on blasted streets packed with terrified citizens and the US Army.

But perhaps this is one adaptation too many. By ditching Purge Night’s ticking clock, the film loses its satirical engine and the suspense evaporates.