The Pact is due to make its debut on BBC One tonight (May 17) and the thriller will run across six episodes. Over three weeks, fans will discover more about a dark secret between a group of close colleagues. The cast spoke exclusively to Express.co.uk and other media about the TV show’s shocking moments.

The Pact is a highly anticipated BBC drama series featuring a star-studded cast, and the female-led show has a mysterious murder at its heart.

The owner of a brewery is found dead in a forest and his employees Anna (played by Laura Fraser), Nancy (Julie Hesmondhalgh), Louie (Eiry Thomas) and Cat (Heledd Gwynn) are the main suspects.

They are sworn into a pact of silence, in the hope it will keep them all safe.

A spanner is thrown in the works when Anna’s police officer husband Max (Jason Hughes) is put on the case to investigate Jack’s (Aneurin Barnard) unexpected death.

He is joined by the feisty DS Holland (Rakie Ayola), who is a force to be reckoned with. 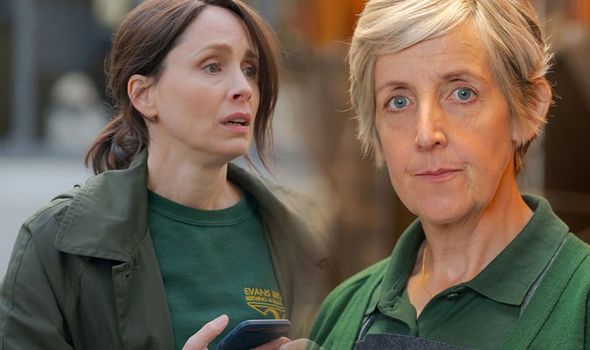 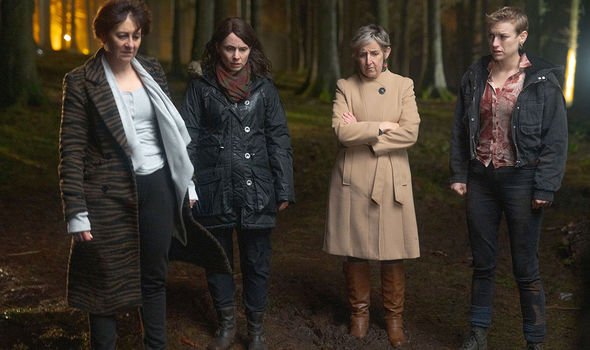 The cast opened up about the “gasp out loud” moments the series has to offer.

Nancy actress Hesmondhalgh told Express.co.uk: “Each one of us gets a moment to have our backstory explained and our motives explained.

“And everything unfolds, and all I would say to you is that when I read this script it really was a page-turner.

“The twists and turns in this are genuinely like gasp out loud moments. It’s a wonderful thing to be a part of and we all have a part to play in that.” 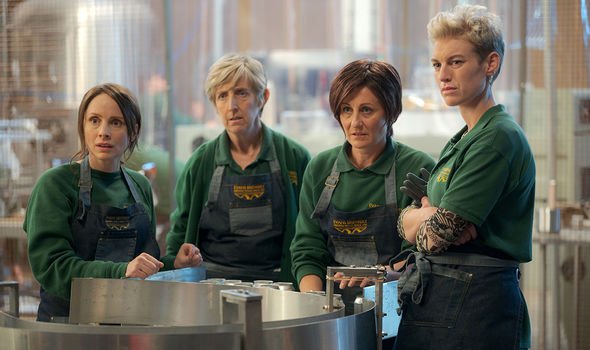 She said: “Come for the twists and turns, it is such a great story and I think you will be really surprised by where it goes, I think that’s one of the main things.”

Anna actress Fraser said it was one of the most shocking scripts she had ever read in terms of unexpected moments.

“The cliffhangers get better and better with each episode.”

Fans will be on the edge of their seats as they get closer to finding out what really happened on that night. 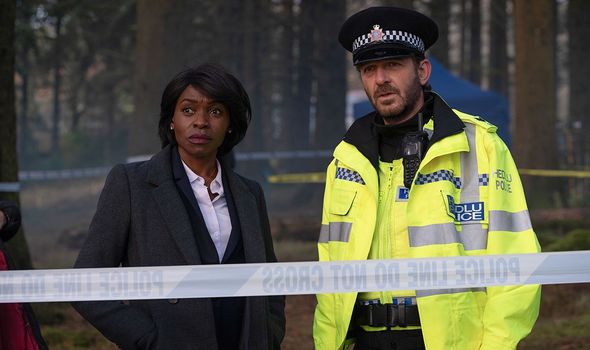 There will be plenty of tension as Anna is faced with the biggest moral dilemma of her life.

All she wants is to be honest with her husband and family, but she has become trapped in a huge web of lies.

She only makes the situation worse by building on the lie and digging herself a deeper hole.

Creator Pete McTighe made it clear he wanted women to be at the centre of the series, and seen in a different light.

He said: “Growing up, I was heavily influenced by female ensemble dramas like Widows, Tenko and She’s Out, and I’ve always gravitated towards writing complex female-led drama series.”

The six-episode series will air across three weeks on Mondays and Fridays, and all episodes will be available to watch on iPlayer.

For those who watch the episodes live on the network, they will have to make sure to avoid any online spoilers.

With such an impressive cast, there is already a lot of excitement surrounding the series.

Fans will have to wait and see who really killed Jack, what their motives were and why they came to that decision.

The Pact starts on BBC One on Monday, May 17.