THE past 18 months have affected everyone differently but for The Script, being forced apart has brought them closer than ever.

Frontman Danny O’Donoghue has admitted the band, which he has been in for 14 years with Mark Sheehan and Glen Power, would have split up if it wasn’t for lockdown, which gave them the first break of their careers. 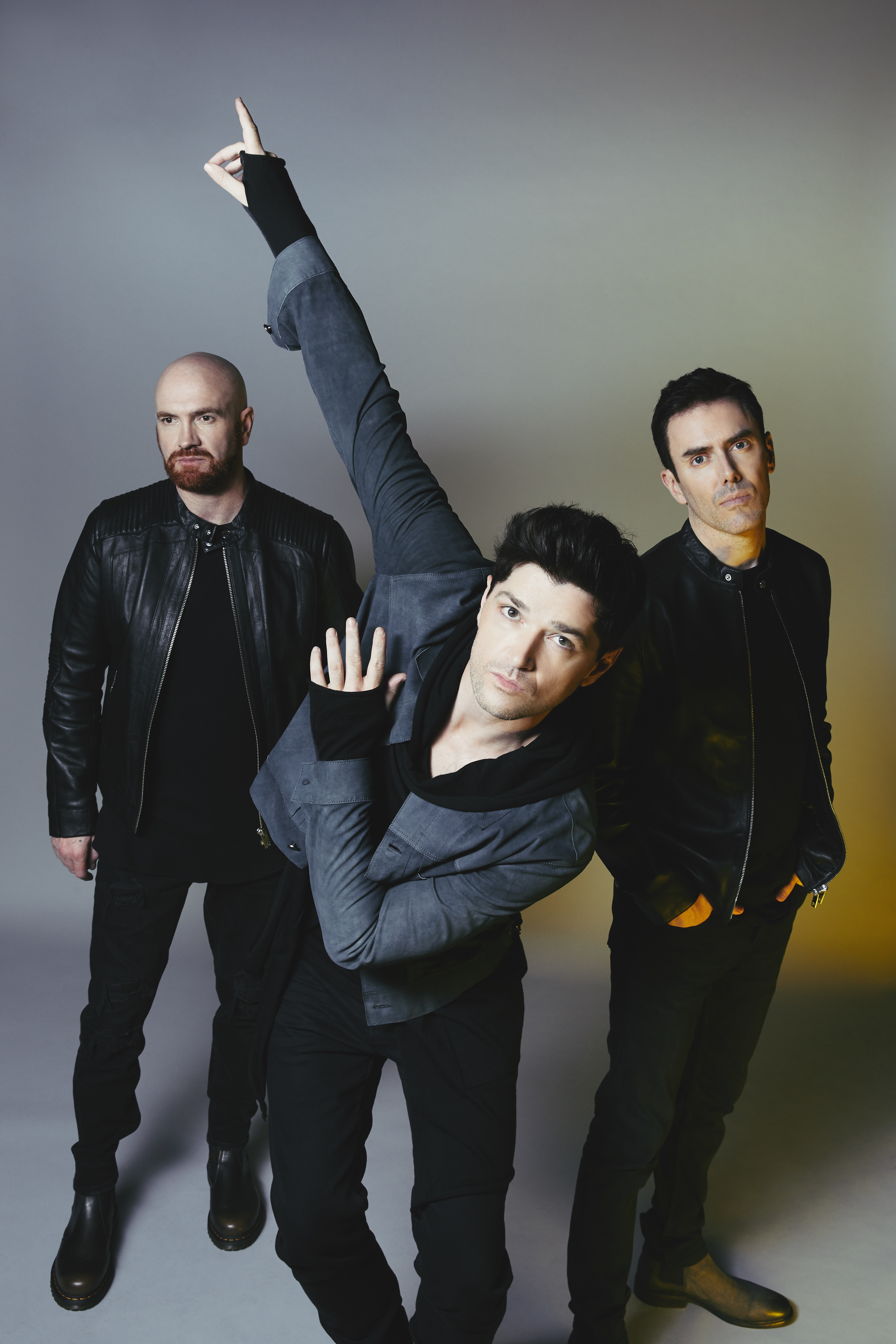 Today they are back with a brand new song called I Want It All and have announced a greatest hits album, Tales From The Script, out on October 1.

I can also reveal they will head out on a tour across the UK and Ireland next May, playing all of their biggest songs, which Danny confessed could have been a ­farewell tour had Covid not struck.

In an exclusive chat to mark the news, he told me: “This past year it has been amazing to look back at what we’ve done and be super proud of it.

“If we had kept on for another two years, we might have split up. This might have been a greatest hits with a full stop.

“But I feel there is new energy there and any chance of that ­happening has absolutely gone.

“What an amazing reboot for us, because everyone is raring to go.

“We’re really optimistic about the future. Now that I’ve had 18 months off, I’m even more proud of our music than when I was in the middle of it.

“But we’ve got bigger and better plans than the greatest hits after that. We are sitting on, like, six albums’ worth of stuff.”

Things could have gone the other way in March 2020, when The Script had their tour cut short and Danny struggled at home.

Recalling the first few months of lockdown, he said: “I’m not going to lie, I was drinking, I had Deliveroo on redial and it could have been a mess.

“First off it was a week, then it was a second week, third week, two months, three months . . . There was no way out of it.

“Your mental health is the first thing that takes a nosedive.

“Then I started training really hard and that helped me turn things around.

“I probably needed to go to a dark place in order to come out of it and see the light.

“We got the call saying, ‘We want to release the album and do the tour,’ and those rearranged dates were supposed to be two months ago.

I was stepping on the scales going, ‘Oh man, I can’t do a video like this’.

There’s 13 years of me looking skinny that you can compare it to.

“But I think everybody had gone down that rabbit hole and had to come back out again.”

After throwing himself into a lifestyle overhaul, he now trains in MMA or Muay Thai for an hour every day, but has been banned from doing any real fights.

Danny explained: “That for me has been life-changing, as far as mental health during Covid. I started training like a dog.

“We do a lot of sparring in the gym but the last time I fought, I actually got my ribs broken and I couldn’t sing for six weeks. I had to make a deal with my management that I wouldn’t do it. They were like, ‘You have to knock fighting on the head’.”

But it’s not just been Danny at home on his own for the past 18 months. He has been living with his girlfriend of two years, whose identity he has kept secret.

Danny said: “We were together eight months before lockdown and we’d only been living together for a month and then we went into lockdown. It can make or break you but it made us stronger.”

And after turning 40 this year, he is eager to start a family.

Danny added: “It’s part of life to live and pass on knowledge. ­Having young ones around is absolutely in my future.”

SHE’S just announced a special live show in Paris next month but it seems Rita Ora is giving us an Eiffel in advance.

The pop beauty shared this sultry snap, lounging around in lingerie in her hotel room. 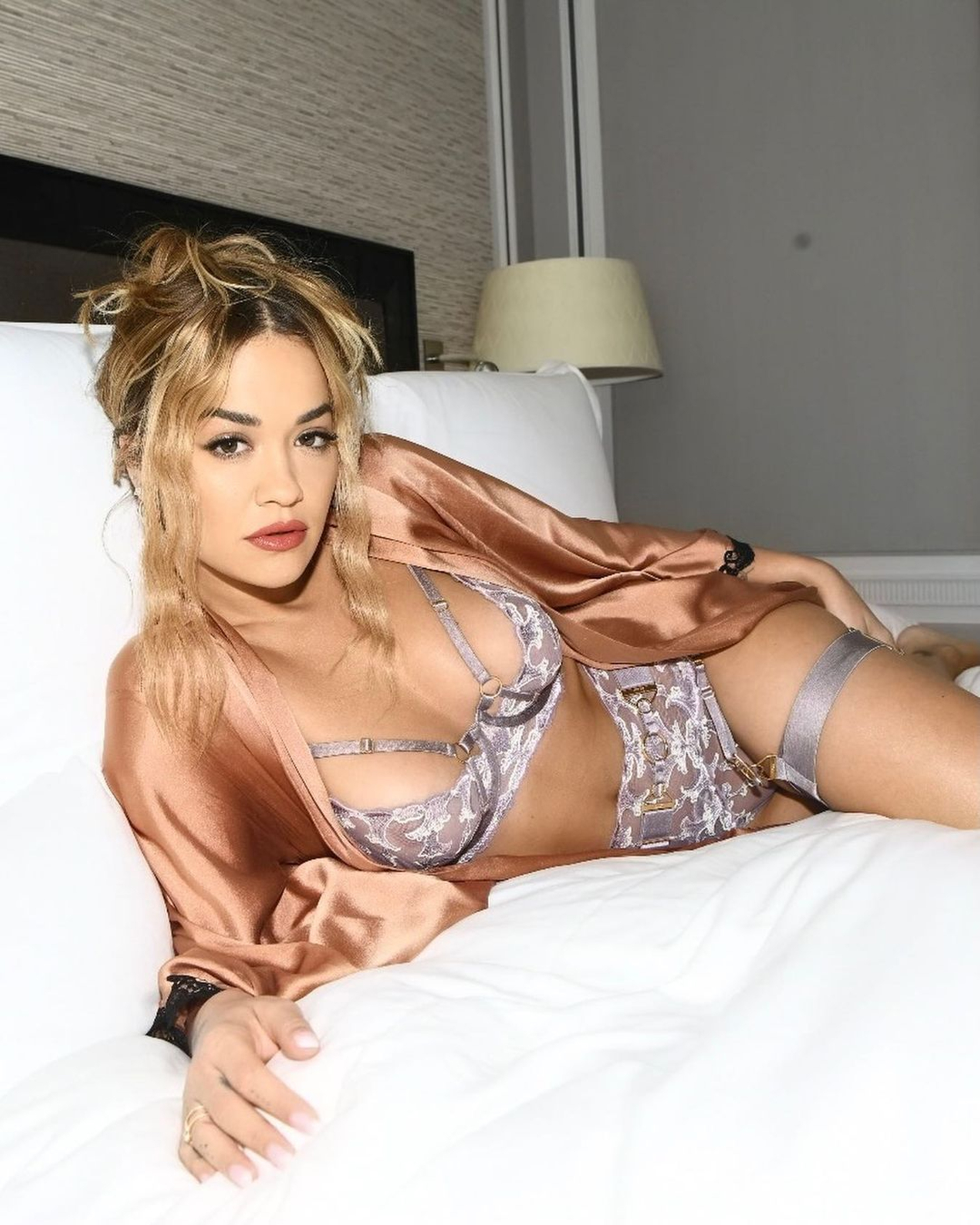 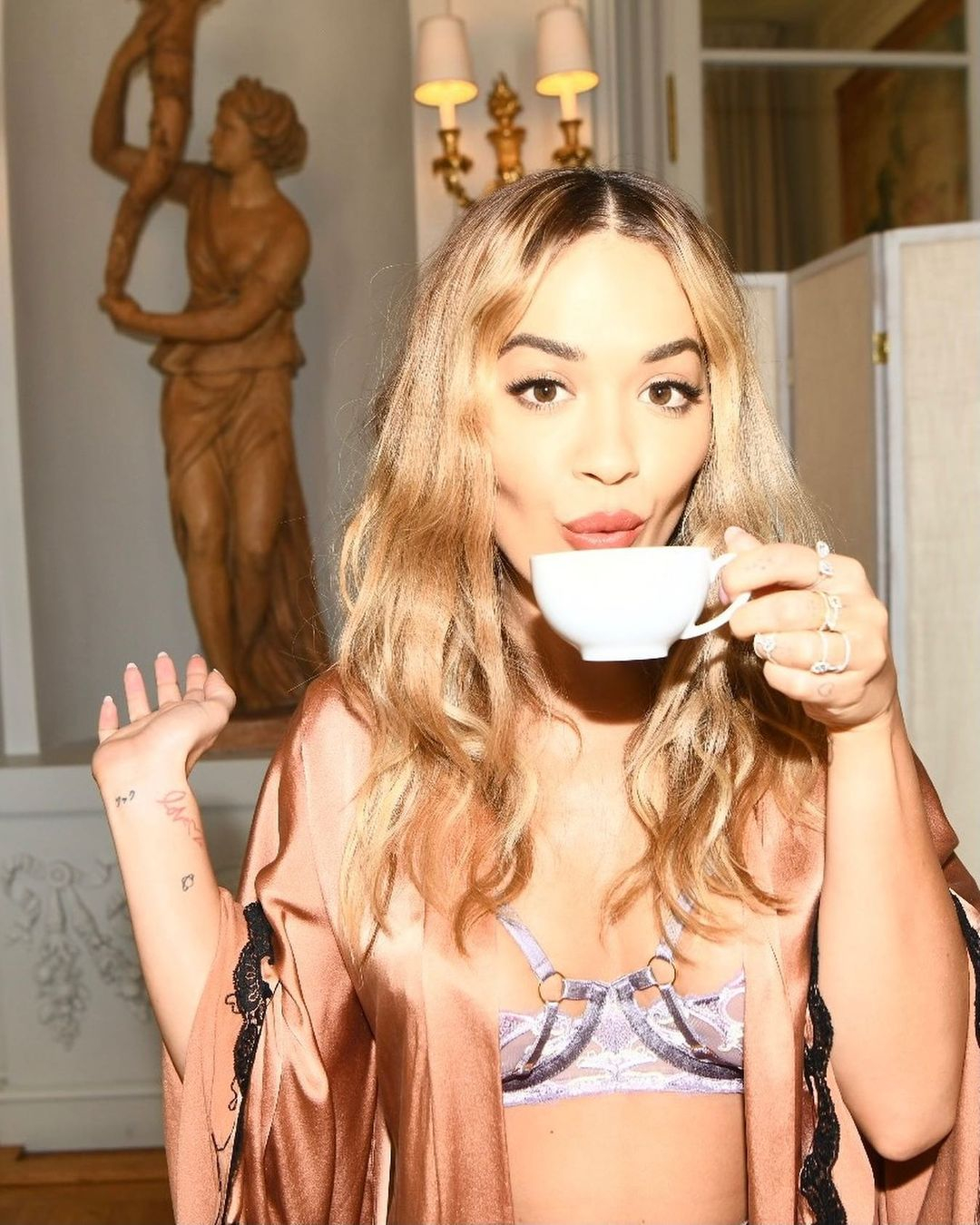 Rita is currently in the French capital for a series of work commitments after jetting in from her new base in Los Angeles.

I told how the notorious party girl has ditched her swanky pad in the UK and is now calling the States her home after facing a backlash for her infamous Covid- breaching 30th birthday bash last November.

Despite shelling out a reported £8million on a five-bedroom London home, Rita is yet to stay there after ­flying to Australia to film The Voice earlier this year.

But while she’s fallen out of love with Britain, it seems there is hope for her singing career yet.

Her latest single, You For Me with Sigala, is currently rising up the charts and is on the verge of cracking the Top 20.

Tour and tracks from KSI

FANS of British rapper KSI are in for a treat as he unveils new music – and a tour.

The singer has put four extra songs on a new deluxe version of his No1 album All Over The Place, released last month – including never-before-heard track Little Bit Of Fun, with Anne-Marie. 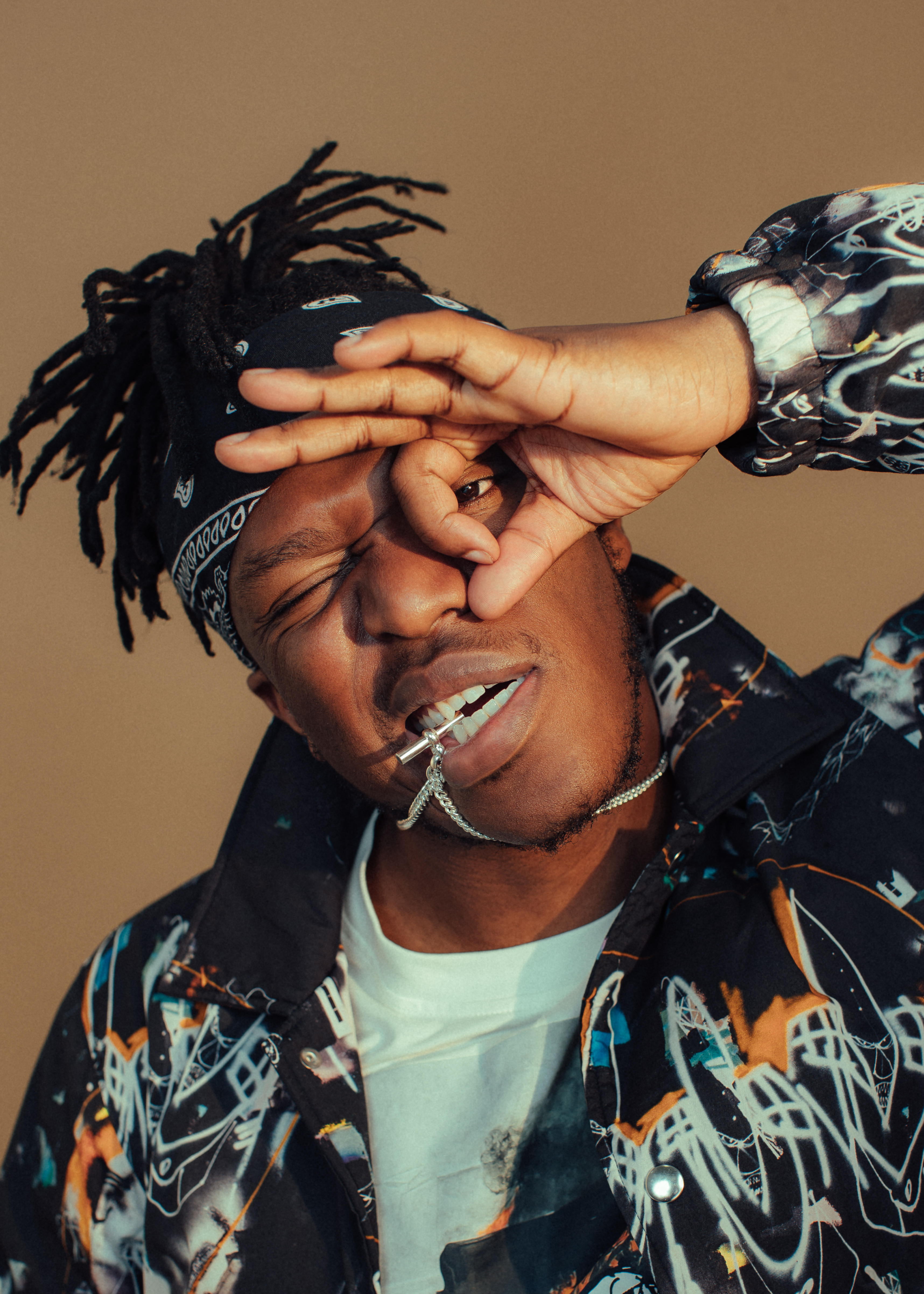 Another new song on the updated record, which is out today, is Know You, featuring S-X, A1 & JAY1.

KSI said: “After the huge success of the album and getting a No1, it felt necessary to celebrate with the release of a deluxe version with extra songs to add to the collection for you, the people, to enjoy.”

The London-born rapper and YouTuber – who has had seven UK Top Ten hits – will also tour in 2022, kicking off in Sheffield on February 10, followed by dates in Dublin, Cardiff and Nottingham.

He will finish the run with a massive gig at London’s Wembley SSE Arena on February 25.

Tickets go on sale next Thursday. I’ll be picking mine up for sure.

CHERYL Tweedy is making a bid to become a radio star in her own right, after putting the brakes on her music career.

She has landed a 12-part series for Radio 2, where she will share stories of her love for R&B, talking about her favourite stars including BEYONCE and TLC.

The Girls Aloud singer said: “I’ve always had an absolute love and passion for R&B, so I’m hoping listeners are transported back and absorbed in their own nostalgia too.

“Music can be really healing when you’re going through something painful or happy.

“By revisiting those moments, you can take back your power. I’ve discovered that throughout the process.”

THEY say a leopard doesn’t change its spots – and that’s certainly the case for Lewis Hamilton. 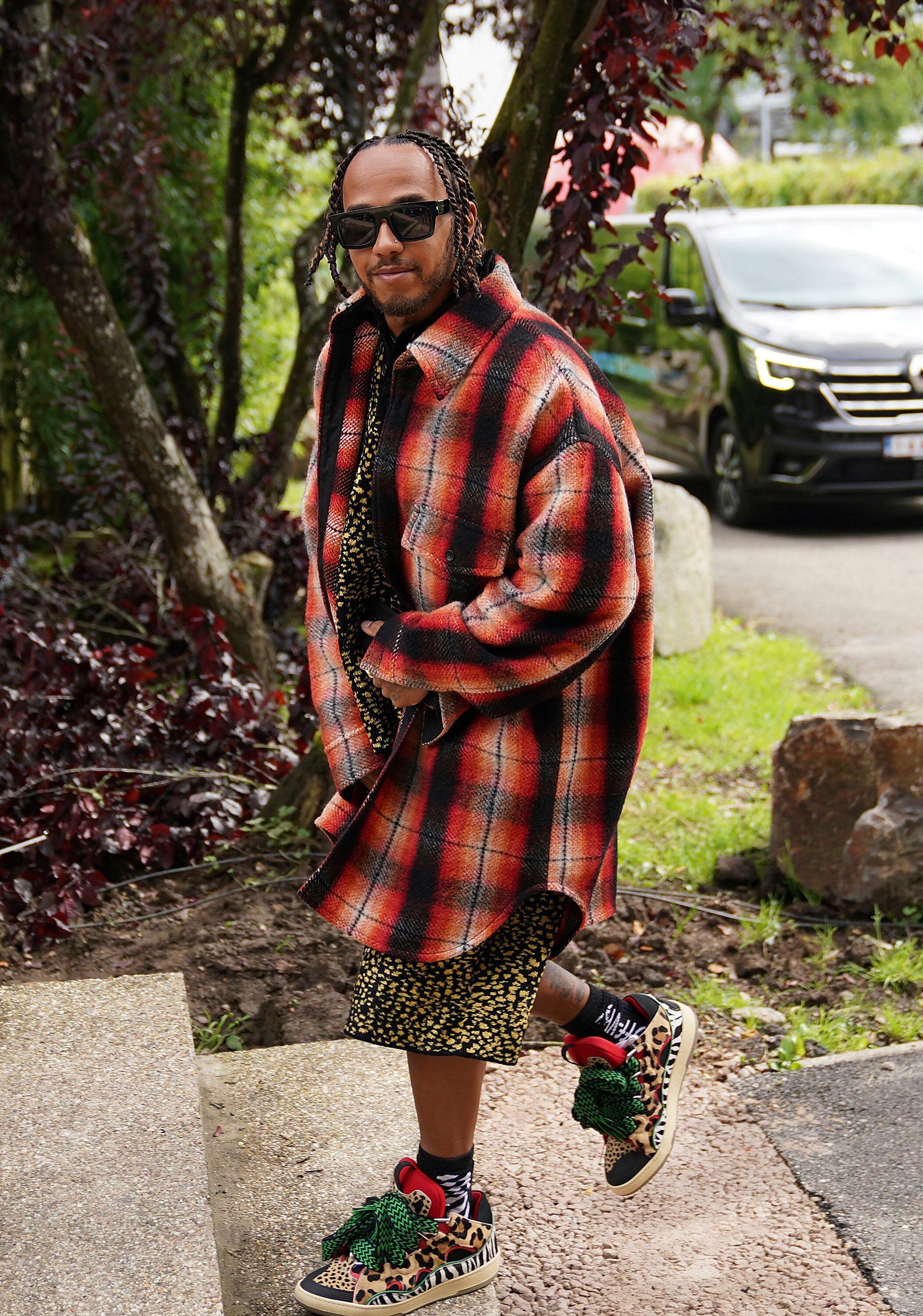 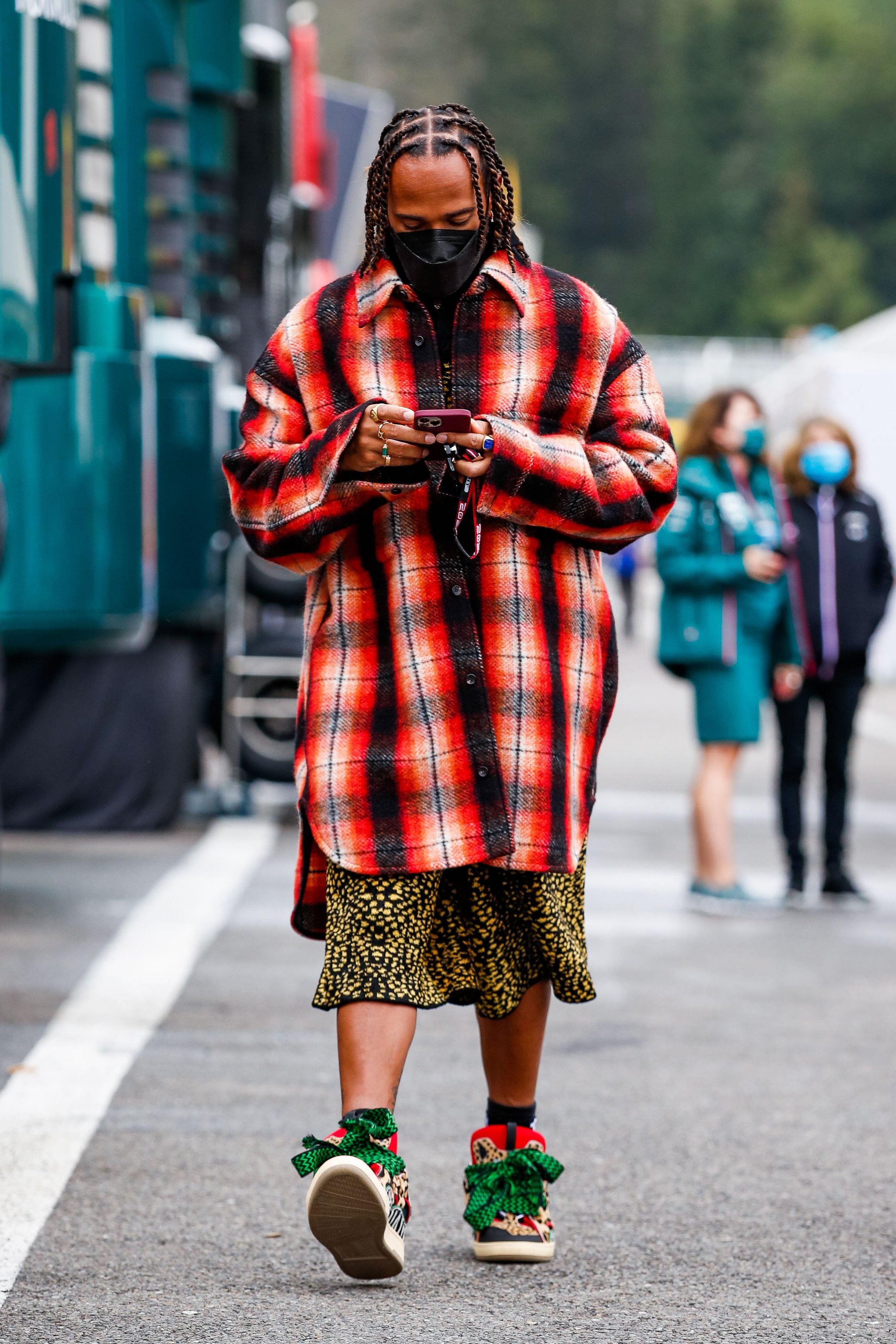 The kooky fashion lover was seen out and about clad in clashing animal-inspired designs.

He wore leopard-style board shorts with zebra-print trainers, completing the got-dressed-in-the-dark look with a check coat.

The F1 legend says he has “upped his game” for this weekend’s Belgian Grand Prix.

Maybe it’s time he got a new stylist as well.

A grande start for Kim

RISING pop star Kim Petras is ­cranking things up for her new single Future Starts Now, which is out today and will be filling dancefloors in no time.

I can reveal she has just signed with Republic Records in the US, home to Ariana Grande and Taylor Swift.

Talking about the track, the first from her as-yet-untitled upcoming album, Kim said: “I felt so anxious at the start of lockdown because for me the most anxiety-inducing thing is not being able to work and do what I love.

“Future Starts Now came from trying to stay present instead of stressing about the future and all the lost time.”

She said the tune, inspired by 1980s dance music, is about forgetting the traumas of the past 18 months and living in the moment.

Sounds good to me.

ZOE Kravitz’s divorce has been finalised, just as things between her and Channing Tatum heat up.

She wed actor Karl Glusman in June 2019 but she filed for divorce in December and now it has finally been granted.

In recent weeks she has been seen hugging and kissing Magic Mike star Channing in New York.

They are believed to have started dating earlier this year, shortly after her split.

Zoe is Channing’s first girlfriend since he split from Brit chart-topper Jessie J last year and follows his own divorce, from actress Jenna Dewan.

Channing might want to take it slow with Zoe.