SHE’S the biggest star of BBC One’s The Syndicate – but Ava the Irish Wolfhound was already a doggy diva even before the series hit our screens.

During filming in Monaco the pampered pooch, who stars alongside Neil Morrissey as his character’s beloved dog Duke, had her very own king size bed to sleep in. 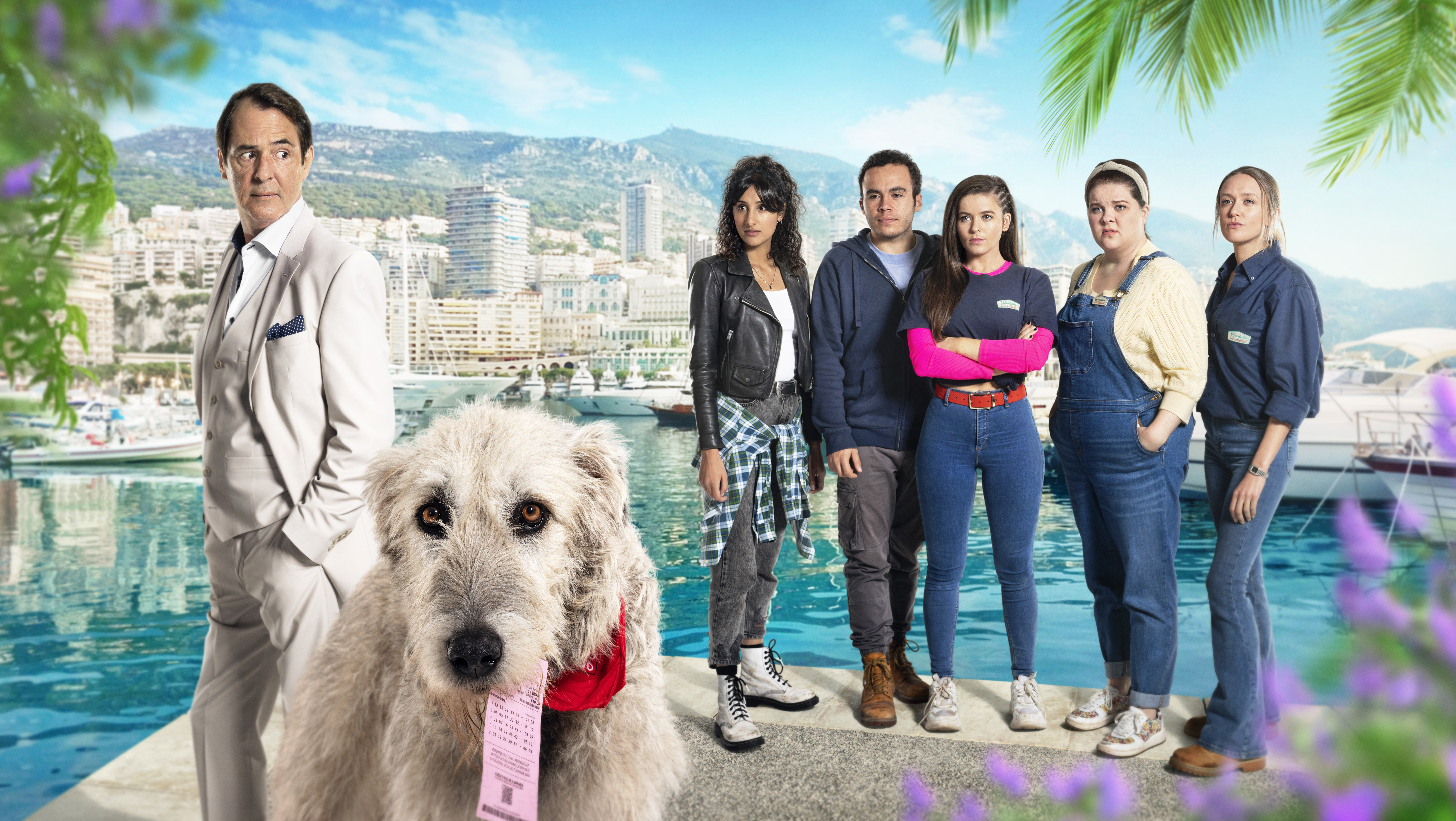 As well as a suitcase with her picture on it and a special blanket with the words ‘Princess Ava.’

And while shooting an important scene she fell asleep on a luxurious sun bed at the top of the Hotel Metropole.

But instead of waking her up, series creator and writer Kay Mellor, 69, decided to shoot the scene around Ava’s nap time, leaving her to relax on the sun bed.

Speaking exclusively to The Sun Online Ava’s owner Helen Bligh, 57, who lives in Blackpool with husband Christopher, also 57, and their nine dogs, said: “When Ava climbed up onto the sun bed I was like, ‘oh my goodness, I don’t think you should be on there.’ 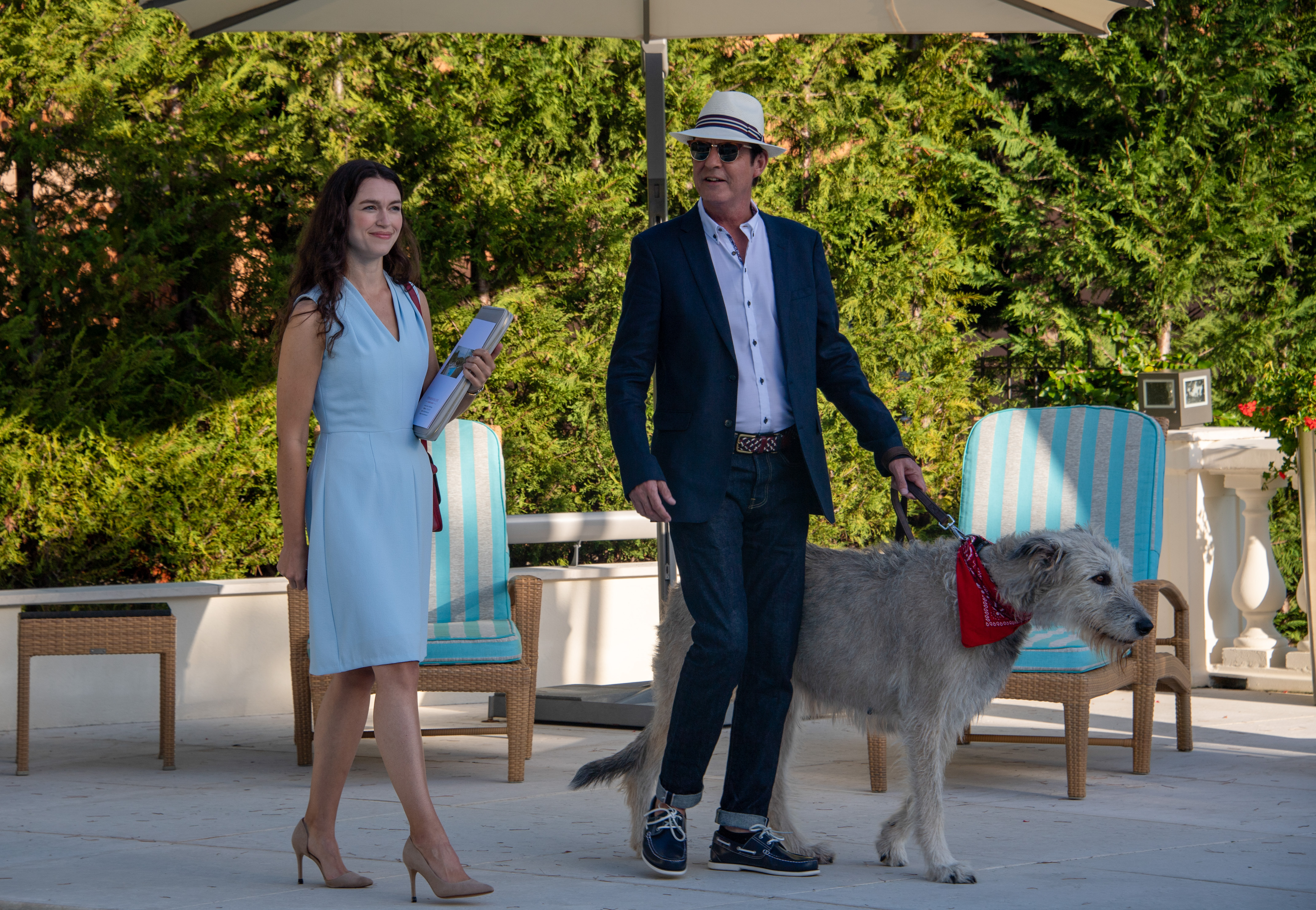 “But Kay said, no, leave her there she looks really comfortable, it would be such a shame to move her and they shot the scene not quite how it was meant to be.

“Kay absolutely loved her. She’d always have a biscuit in her pocket. Ava is a little bit fickle that way, if she saw Kay across the room she would be pushing everyone out of the way to go see her.

“They’re very very sensitive Wolfhounds they know when people really like them.

“The fame has definitely gone to her head. When we were filming in Monaco I had a big family room at the hotel and Ava had her own kingsize bed and a cover with ‘Princess Ava’ on it.

“She also had her suitcase with her name and picture on it. We took it everywhere on set with us and it caused a great deal of hilarity amongst the cast and crew. 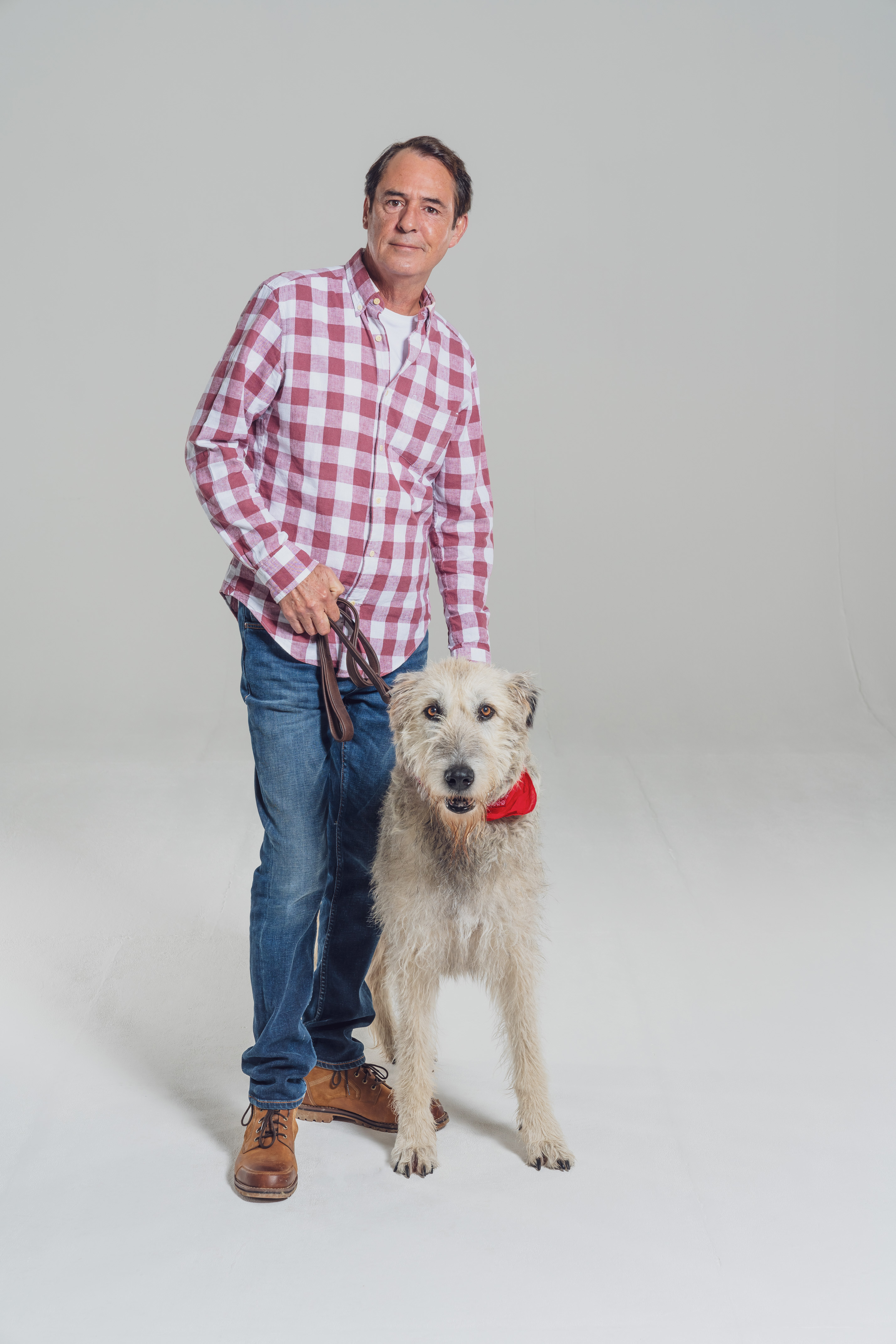 “They were like ‘oh look Ava’s got her own bag with her picture on it’.”

So how has she been coping with the fame since the series started? Helen said: “She hasn’t mentioned anything about going off to Hollywood!

“She likes to lie on the settee, and lounge around. She would often lie in the middle of the floor on the set and everybody would have to step over her.

“She does like her luxuries and likes lounging around but no-one seemed to mind. Yes she’s a diva but she’s also very kind and gentle.

“She worries about our other dogs if one of them isn't well she’ll go and look after them, and lick them.

“She’s sort of the matriarch in the house.”

Helen got Ava seven years ago for her 50th birthday.

She added: “All my life I’d always wanted an Irish Wolfhound as I’d admired them so much but never had the courage to get one. 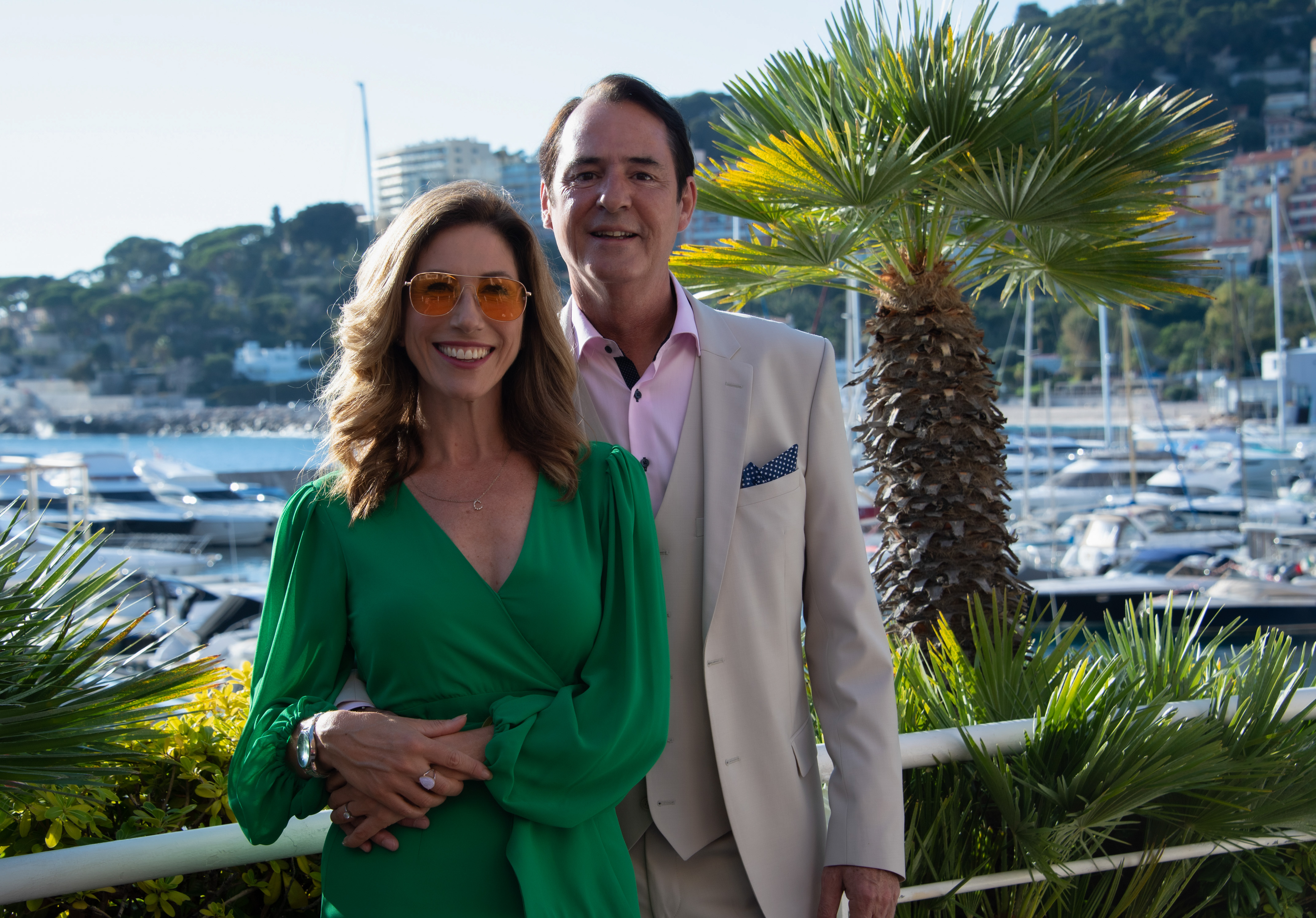 “But then I got to the big 5-0 and I said to my husband ‘come on, we need to do this’ I’d been looking for a while, I have other dogs and do shows, so I’d met dogs at shows and had got chatting to people.

“Then I was introduced to a breeder in Derbyshire, The Bonaforte Kennels, they have a wonderful website.

“That’s where we went. We met Ava as a puppy and we’ve never looked back. I have shown her, she’s won prizes at Crufts she got a 1st place last year, in her class.

“She’s been very successful as a show dog. She lives with eight other dogs at home, she had a litter of puppies nearly four years ago so she also has her daughter Elsie with her.

“We live in Blackpool so we’re right next to the beach and nearly every day we go to the beach when the tide is in the right place. Her favourite thing is to just run really, and run with the other dogs and she loves it.”

So what did Ava spend her fee on? “she blew the lot on treats and biscuits” said Helen.

This was Ava’s first role, and talk about starting at the top. I’ve never been so proud of anything in my life.

“I absolutely love her to pieces as does my husband. She’s amazing. She’s very very special.

“When we all sat down to watch the very first episode she slept through it! I’ve taped them all so hopefully she’ll get to watch herself one day.”

The final episode of The Syndicate airs on Tuesday night on BBC One at 9pm.

Who is James McVey? The Vamps musician and I'm A Celeb star engaged to Kirstie Brittain