Maggie (played by Lauren Cohan) made her highly-anticipated return to The Walking Dead in season 10’s originally billed finale. Having been absent from the AMC since midway through season nine, Maggie reunited with the likes of Daryl (Norman Reedus), Carol (Melissa McBride) and Negan (Jeffrey Dean Morgan) as the group waged war on the Whisperers. However, it’s no secret Maggie holds deep resentment for Negan for the death of her husband Glenn (Steven Yeun) and has vowed revenge numerous times. But a clue Reedus dropped at this year’s virtual New York Comic-Con could suggest Daryl will side with the former villain over his old friend.

Negan brutally and callously killed Maggie’s other half Glenn with his baseball bat, Lucille, in the horrifying season seven opener.

Maggie watched as Negan beat Glenn over the head a number of times before his body lay lifeless in front of the rest of the group.

Ever since, Maggie has sought revenge – most notably collapsing in rage when Rick Grimes (Andrew Lincoln) had a change of heart moments after cutting Negan’s throat, deciding instead to keep him alive and held prisoner.

But since Maggie left in season nine, several years have passed and Negan has been on quite the transformative journey. 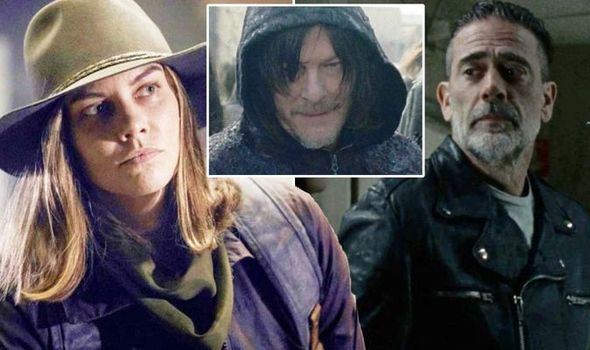 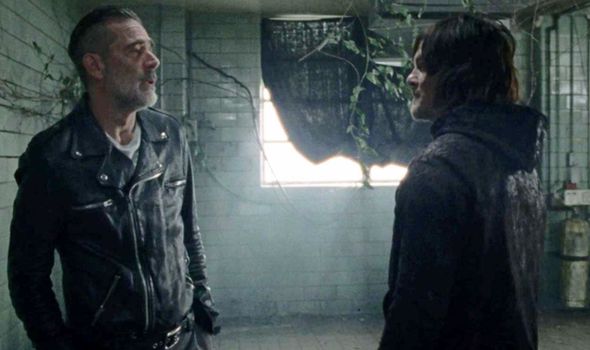 Negan’s become an integral part to the group he once vowed to destroy, killing Whisperer leader Alpha (Samantha Morton) and keeping a watchful and caring eye on the young Judith Grimes (Cailey Fleming).

Most recently, he played a major role in the death of Beta (Ryan Hurst), distracting him during the almighty battle so Daryl could swoop in and kill the flesh-wearing villain.

And it’s this selflessness and major change in Negan which Reedus has claimed has made him like “family” to the group.

Reedus said at NYCC [via comicbook.com]: “I’m excited for Daryl and Negan to start working together more,” 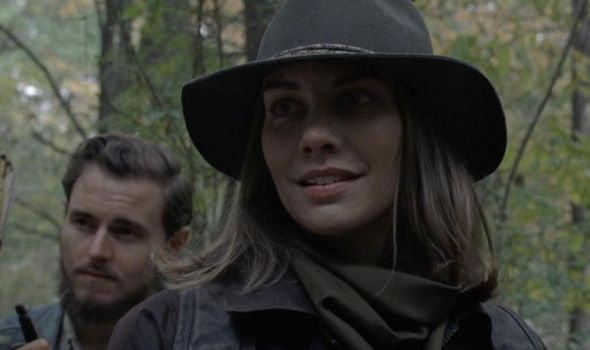 “He’s a new guy. And I think he’s kind of finding family with our group now.

“So I’m hoping to have more scenes with Jeff, for sure.”

However, Maggie will undoubtedly have a differing opinion on the former Saviour when they finally come face to face again.

Maggie hasn’t been around to witness this new Negan prove his worth to the group, she merely knows him as the man who killed her husband.

Therefore, it’s highly unlikely she’ll be receptive to the idea of accepting Negan as “family”.

But with Reedus confirming he and Morgan will be spending more time together on-screen, the Daryl and Negan relationship will only grow.

Will Daryl now side with the bat-wielding fighter over Maggie if she refuses to get on terms with Negan’s role in the community?

And if so, with the “family” comparison, could Daryl see Negan now as a brother and stop at nothing to protect him?

If Maggie were to finally try and get her revenge and kill Negan, Daryl will unlikely stand by and do nothing.

But could he be forced to use deadly force to prevent that from happening and kill his old friend in order to protect Negan?

There’s certainly evidence in Reedus’ quotes to support the theory, but fans will have to wait for season 11 to find out for sure.

The Walking Dead season 10 is available to stream on NOW TV now.

Will there be a Virgin River season 4?