The 32-year-old shared the grim news on Monday 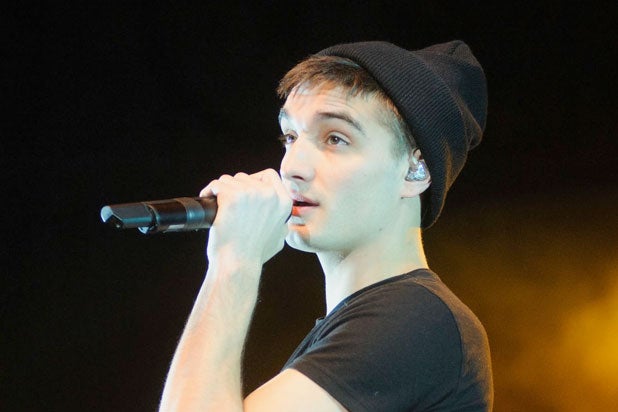 Tom Parker, one of the lead singers of the pop band “The Wanted,” revealed on Monday that he has been diagnosed with an inoperable brain tumor.

“There’s no easy way to say this but I’ve sadly been diagnosed with a Brain Tumour and I’m already undergoing treatment,” the 32-year-old said via Instagram on Monday. “We are all absolutely devastated but we are gonna fight this all the way.”

In an interview with OK! magazine. the “Glad You Came” singer said that he started experiencing a series of unexplained seizures while on staycation in Norwich, England, this summer and was diagnosed with a grade-four glioblastoma — which his doctors told him carries a life expectancy of three to 18 months.

Worse, the news came as Parker and his wife, Kelsey, are expecting their second child. Their daughter, Aurelia, was born last summer.

“I knew something wasn’t right, but I never expected i to be this. You never think this will happen to you,” Parker told OK! “It was a lot to deal with by myself. I still haven’t processed it.”

Parker has begun chemotherapy and radiotherapy treatments and is exploring alternative therapies as well. “We don’t want your sadness, we just want love and positivity and together we will raise awareness of this terrible disease and look for all available treatment options,” he said on Instagram. “It’s gonna be a tough battle but with everyone’s love and support we are going to beat this.”

The Wanted, a British-Irish boy band that formed in 2009, had three hit singles in the U.K. with their self-titled debut album. Their 2011 follow-up, “Battleground,” produced additional hits, including the bouncy “Glad You Came” that hit No. 3 on the Billboard chart in the U.S.

The band proved so popular in the U.S. that E! commissioned a reality series, “The Wanted Life,” that chronicled the group as it recorded its third album and prepped a world tour. The show lasted only a single season.

Grieving Nina lashes out at Summer in heated showdown in Corrie

‘Zoey’s Extraordinary Playlist’: This Love Triangle Is Endless and Confusing