The Yorkshire Vet explores the experiences of Peter Wright ad Julian Norton, following their career as veterinarians in North Yorkshire. Peter, 64, unveiled in his book: The Yorkshire Vet: In The Footsteps of Herriot, that two faces who commonly appear on the Channel 5 series are more sought after amongst fans than himself or fellow vet Julian. Viewers of the popular show may not be surprised to find out he is talking about two furry friends.

Giving a glimpse into his life, Peter explained in his book the plans he had made for lunch, which led to him discussing his more popular co-stars.

He said: “Today we’re lucky because the farm’s café, run by Ginni, is just a few metres away; but before we can order our Wensleydale cheese sandwiches and cups of Yorkshire tea, Ginni wants me to have a look at Stonker, one of her three Corgi cross dogs.

“She thinks he has something stuck in his throat. Luckily, there’s nothing in there – I think tonsillitis is the problem.”

He explained how he once had to save the dogs from a serious situation that could have cost them their lives. 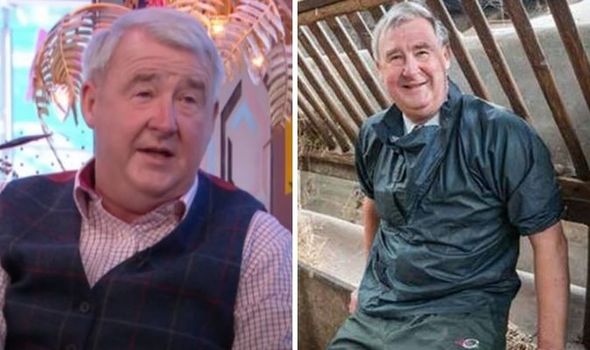 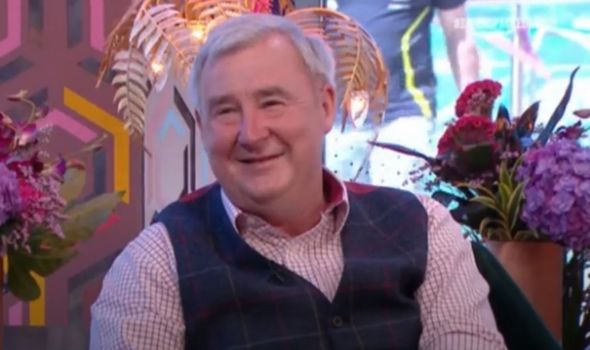 “Stonker and his brother, Sausage, once gobbled a huge pile of raisins,” the book detailed.

“So I had to make them vomit – too many can give a dog kidney failure.

“Both dogs recovered, with Stonker even featuring in some of the publicity shots for The Yorkshire Vet.

“The dogs regularly appear on Ginni’s Instagram account and people pop into the café especially to see them. They’re far more popular than me or Julian Norton, the other Yorkshire Vet.” 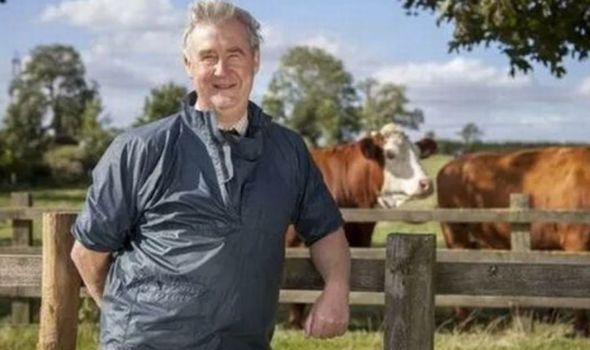 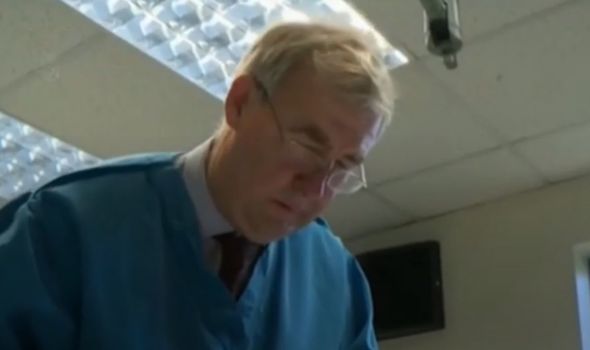 Peter’s book details his life story, stepping into the shoes of James Herriot – the famous veterinary surgeon and author.

His books, All Creatures Great And Small was made into a seven-part Channel 5 series last year.

Nicholas Ralph starred as the legendary vet as the episodes depicted his 50-year career journey.

Peter stepped into his shoes years ago, and the book reminisces his own path working with animals.

It explores how he started off doing work experience with Herriot as a youngster before taking over his practice, Skeldale Veterinary Centre, situated on the Yorkshire Dales.

But veteran animal surgeon Peter has announced he will soon be calling it a day after four decades on the dales.

Peter has played a major role in Skeldale’s history, and The Yorkshire Vet has seen him treating injured or sick farm animals back to health.

He has been one of the stars of the show – which is currently in the middle of airing series 12 – from the very beginning.

But earlier this year, Peter gave up his job to start afresh at Grace Lane Vets in Kirkbymoorside.

Luckily for fans, Peter will still be appearing in The Yorkshire Vet, where he will showcase some of his work on some of the bigger animals needing treatment.

The Yorkshire Vet is available to watch on Channel 5.

How old are the En Vogue members?