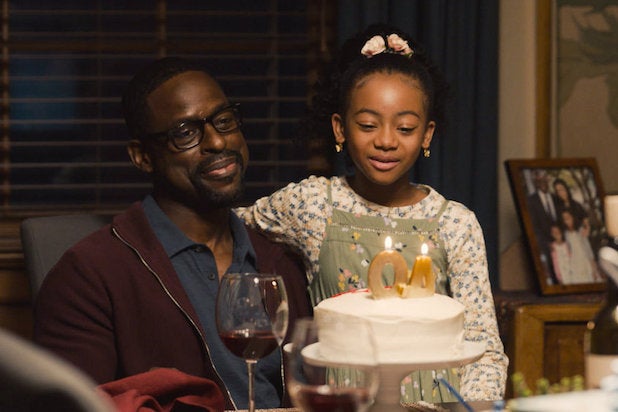 NBC’s mega-hit family drama “This Is Us” faced the same pandemic-related production delays as many other Fall TV staples over the summer, preventing them from hitting the airwaves in time for the start of the traditional broadcast season.

But once it was decided that filming could safely begin on “This Is Us” Season 5 in late September, series creator Dan Fogelman asked to push up the Nov. 10 premiere date that NBC had set by two weeks so that the show’s two-part, fifth-season opener would air ahead of the Nov. 3 presidential election.

Fogelman says the reason behind getting those episodes on the air Oct. 27, exactly a week before election day, wasn’t a political one.

“We’ve been working really hard. I mean, honestly, I don’t even know if I’m supposed to say [this] but, NBC has been really incredible about– it was really important to me, and to us, to get these episodes on before the election,” Fogelman told reporters during a virtual press conference Friday. “Not because they are political, but because I think they’re difficult and then hopeful. And it felt important to us to just put it on TV now with no agenda other than that.”

“But it also created an intense rush,” he added. “We have the best editors who have been working night and day. The [actors] have been shooting on weekends to get it done in time. I mean, I literally locked the episodes that are going to air late last night and we’re going to be airing them next week… So it’s been a lot.”

Although it took some doing, they accomplished their goal.

“We were able to squeak by and get it done and get it done the way we wanted to, as we were also wearing face shields for the first time in our lives and masks and we have the actors literally in plastic bubbles between sets,” Fogelman said. “It’s a brave new world over on set, but we found our normalcy really quickly. We haven’t lost our rhythm on set.”

While speaking with the press about his plans for the upcoming Season 5, Fogelman was asked if his well-known plan to end “This Is Us” with Season 6 — though it has yet to be confirmed as the final season by NBC — has changed at all due to the pandemic.

If you need a refresher before the “This Is Us” Season 5 premiere next week, you can find TheWrap’s recap of the Season 4 finale here.

“This Is Us” Season 5 kicks off with a two-part premiere Tuesday at 9/8c on NBC.

'DWTS': The One Thing Cheryl Burke Learned From AJ McLean in Season 29