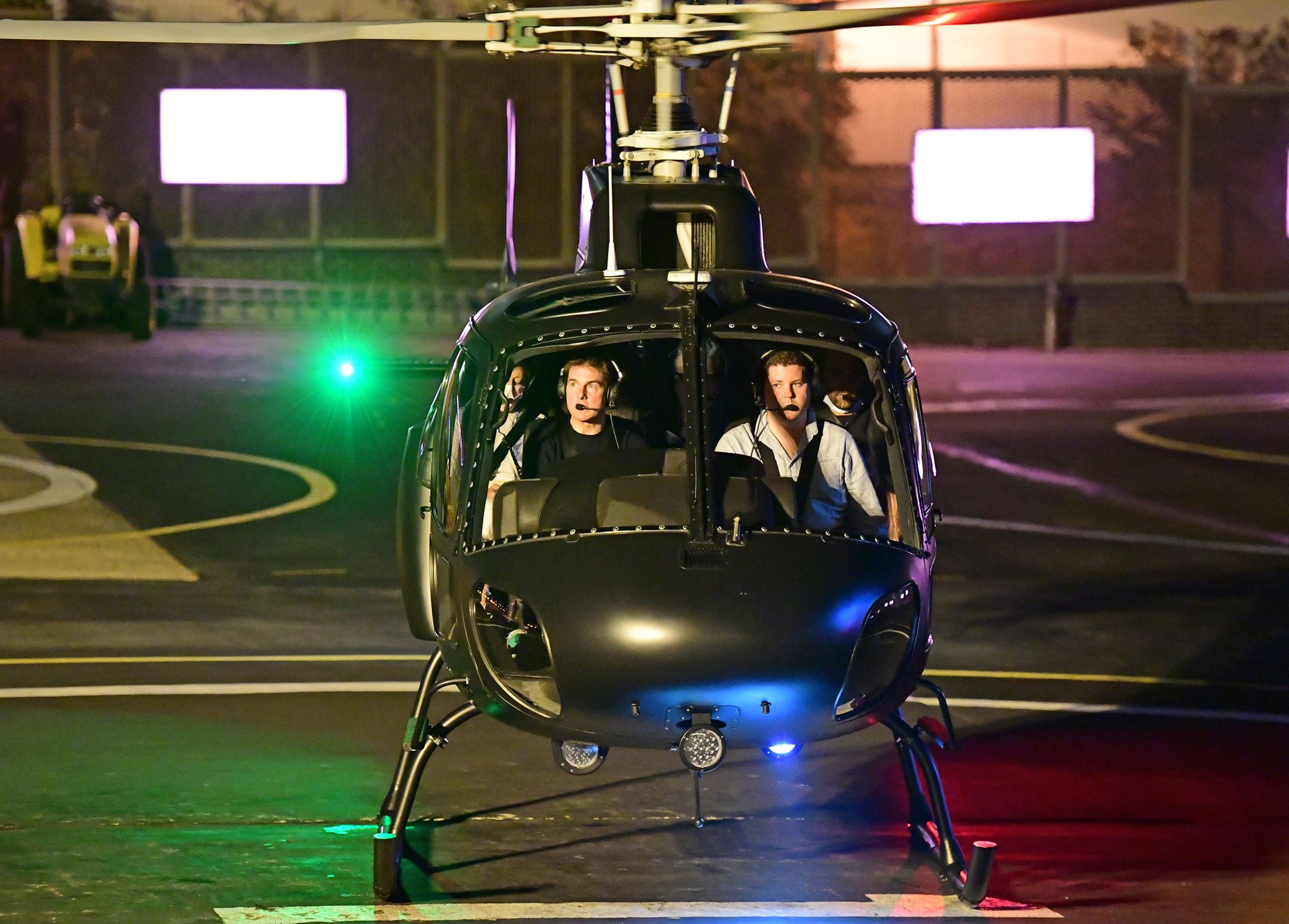 Tom Cruise was seen landing his helicopter in London perhaps for the final time as Mission: Impossibly 7 has officially wrapped filming.

The 59-year-old actor was spotted sitting up front in the cockpit alongside a co-pilot and two other passengers in the back, as they landed in the capital on Saturday night.

After arriving safely and exiting the flight, Tom was seen carrying a rucksack and wearing a face mask as he enjoyed a cheerful chat with two air traffic controllers on the ground.

In a heartfelt post, Christopher wrote: ‘All you need is good people.

‘To our indomitable, unstoppable, unrelenting cast and crew: Even under the best of circumstances, it should have been impossible. Even having seen it, we can’t believe what you’ve achieved. Words can never adequately express our gratitude and admiration – not only to you, but to your loved ones.

‘You are the best in the world.’

The filmmaker included a black and white photo of him and Tom sitting on top of what appeared to be a train flipped on its side during a shoot.

Hayley Atwell, who co-stars with Tom, had previously revealed she’d wrapped her scenes, writing on Instagram: ‘That’s a wrap for Grace on MI7.

‘Collaborating with @tomcruise and @christophermcquarrie these past two years has been a galvanising adventure. Thank you, gentlemen, for your generosity and support and your unparalleled kindness. What an accomplishment! What a crew! Thankfully it’s not over!!! #hellyeah.’

Production on the next Mission: Impossible instalment had been tumultuous with Covid restrictions interrupting the schedule several times.

Last year, audio leaked of Tom embarking on an expletive-filled rant when he found crew members breaking Covid safety rules on-set. It has also been announced that Mission: Impossible 7’s release date has been delayed again and is now set for September 2022.

On another note, Tom’s bodyguard’s BMW was stolen in Birmingham and it later emerged that it contained one of the world’s only copies of the script for upcoming movie Top Gun: Maverick.

Tom was spotted filming some of his final scenes for Mission: Impossible 7 in the Lake District last week.

Of course doing his own stunts, the actor was seen gliding across the picturesque tourist attraction using a parachute.

When is the Yorkshire Vet Christmas Special on Channel 5, who are the vets and what animals do they help?