Gogglebox: Tom Jones says he 'can't look at himself naked'

Celebrity Gogglebox was back with a bang on Friday evening as Channel 4 viewers got to see a whole host of famous faces binge on the latest and biggest TV shows. Among the line-up of stars was the likes of Sir Tom Jones, singer Anne-Marie, Martin and Roman Kemp, Lorraine Kelly, Mo Gilligan and many others. And on the TV schedule for the celebrities to feast their eyes on was the x-rated dating show Naked Attraction, which prompted Sir Tom to share a rather explicit confession of his own.

After watching a handful of singletons bare all in their quest for love on the dating show, Tom turned to his The Voice co-star.

“I can’t look at myself naked in the mirror anymore,” he told the chart-topper.

“Awww,” Anne-Marie replied as Tom opened up about his body image.

The Welsh crooner continued: “When I was young I could, yeah. 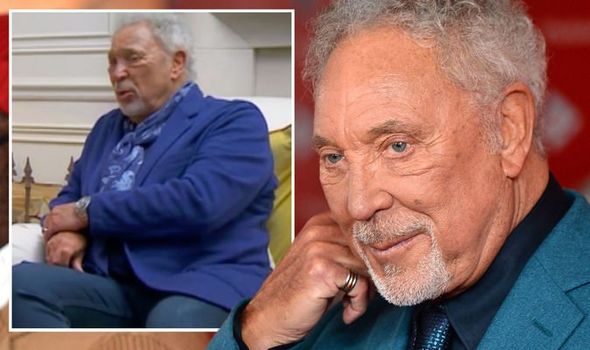 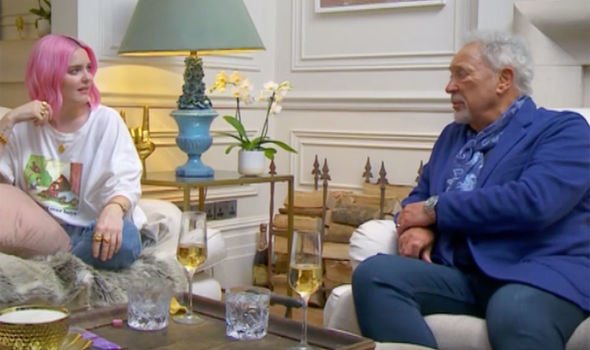 “But when you’re old you don’t,” he added before going on to joke about what he thinks when he does catch a glimpse of himself in the mirror.

He said to his co-star: “When I get up to go to the bathroom in the middle of the night and look in the mirror, 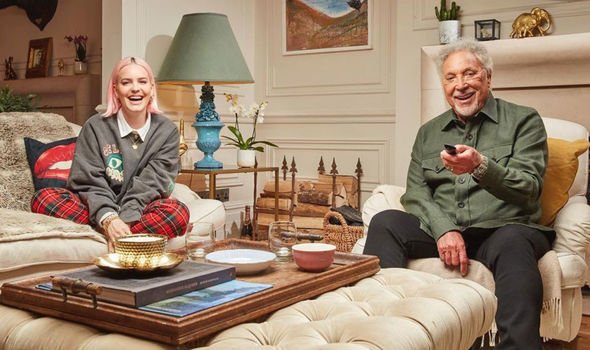 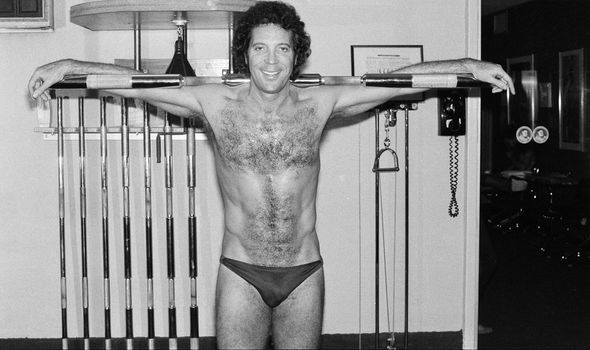 However, the explicit nature of the show didn’t only get Tom and Anne-Marie talking.

“I don’t think I’m ready for this – I haven’t even had a drink!” Lorraine said to her daughter as the pair watched from their home.

Former footballers Micah Richards and Jamie Redknapp were also left screaming and squirming as they watched from the sofa.

Roman and Martin Kemp also struggled to watch, with the former shouting: “It looks so much worse underneath!”

While Gyles Brandreth was blown away by the unorthodox dating show, asking Maureen Lipman: “What is going on here?!”

And the rather x-rated moment didn’t go unnoticed by viewers at home, with one commenting on Twitter: “You can’t have SIR TOM JONES watching Naked Attraction #CelebrityGooglebox.”

While a second enjoyed seeing The Voice coaches on the Channel 4 show: “Anne-Marie and Tom Jones is everything I’m here for. #Gogglebox #CelebrityGogglebox.”

“@AnneMarie and Sir Tom Jones on Gogglebox???” added a third. “Never thought I needed to watch them watching tv together until right now…”

While a fourth clearly wasn’t on the same wavelength as Tom, weighing in: “Please tell me I’m not the only one who is 52 years younger than Tom Jones but thinks he’s looking fine in that blue suit on Gogglebox this week. #CelebrityGogglebox #Gogglebox.”

While a sixth simply put: “I love Anne Marie and Tom Jones watching the telly together. It’s just the best #CelebrityGogglebox.”