Tommy Fury was one of the newcomers to enter Love Island with ballroom dancer Curtis Pritchard last week, instantly shaking up the already-established couples in the Spanish villa.

After Lucie Donlan decided she had a stronger connection with her original choice Joe Garratt, Tommy set his sights on social media influencer Molly-Mae, but another recoupling could be on the cards this Friday that sees Danny Williams swipe Molly-Mae away.

Appearing on Good Morning Britain to discuss his latest career developments as well as his brother’s journey in the ITV2 series, Tyson admitted he struggles to watch the reality programme because of the contestants’ bodies.

Speaking to presenters Piers Morgan and Susanna Reid, Tyson shared: “I’m usually quite jealous of how they all look.

“Me being a fat man, they’re all ripped, it’s not something I want to watch all the time,” he continued, as 53-year-old Piers burst into laughter.

Tyson then admitted it “makes me feel bad about myself”.

Tyson’s friend and colleague Frank, who was also sitting in on the interview, then joked: “They’re walking around and we’re sitting in our house in these dressing gowns, what’s it all about?”

“Yeah so listen,” Tyson cut in once more. “I think it’ll be good for his career as a boxer.

“It’ll make him more popular, you know at the end of the day you need that type of star in boxing.”

Frank continued to focus on the love Islander’s career prospects, as he considered: “At least it would be a cross-over audience who are watching when he fights again, so that’s good for him. 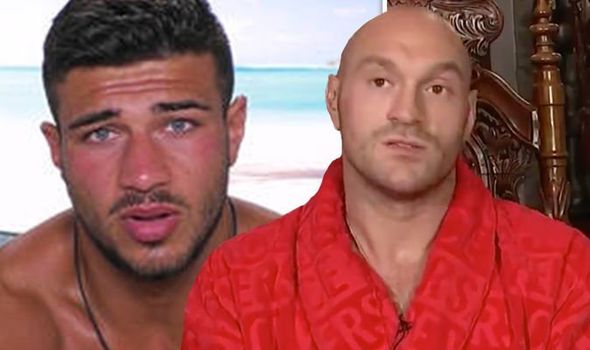 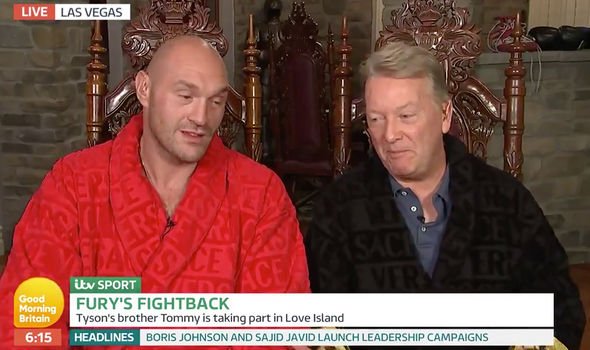 Shaking her head with laughter, Susanna, 48, teased: “Ever the promoter Frank!”

Tyson then went on to say his brother’s popularity on TV has given him the edge over seasoned professionals, including himself.

“He’s a young person, he’s only had two professional fights. And he’ll get more views than someone who’s had 50!” he said.

Frank added: “I think the publicity he’s getting from Love Island – that would take him about 30 or 40 fights to get that audience. 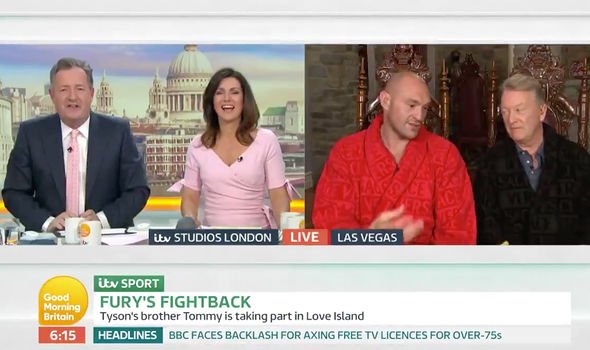 Yesterday, it was revealed former contestant Sherif Lanre had left the villa after ITV released a statement.

A Love Island spokesperson confirmed to Express.co.uk: “After breaking the villa rules Sherif had conversations with the producers and it was mutually agreed that he would leave the Love Island villa.”

“In a case of poor judgement, I broke the villa rules,” Sherif then said. “And as a result agreed with the producers that it was best for me to leave the villa.

“I regret that I didn’t conduct myself in the right way and, as a 20 year old guy, it’s something I know I will take on board and learn from.

“I really enjoyed my time in the villa and look forward to catching up with everyone on the outside,” the islander added.