The reality star looked to be having the time of her life as she continues to recover from face and eyelid surgery. 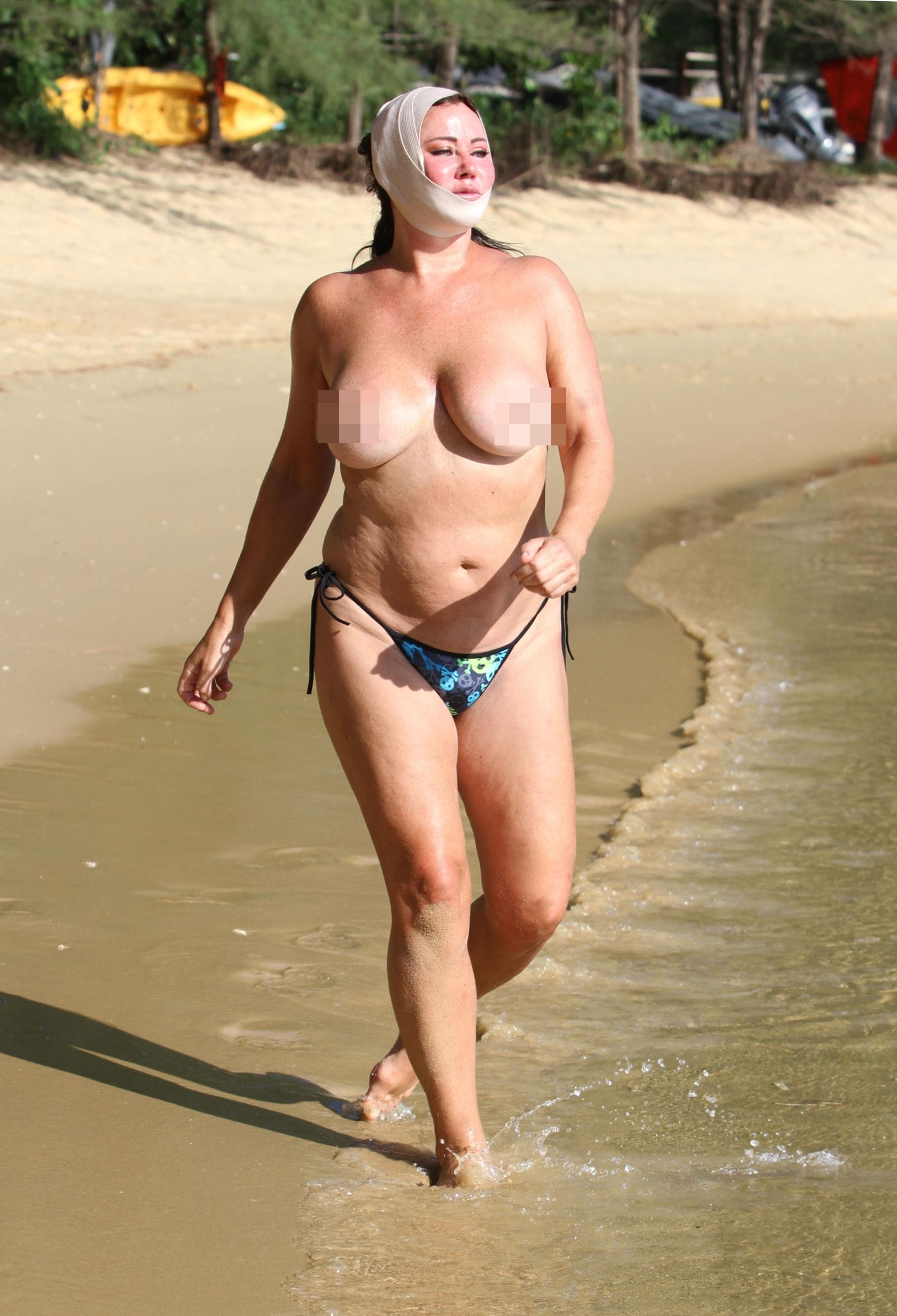 Lisa, 50, went topless as she enjoyed the country's good weather during a stroll on the beach.

No doubt the Big Brother star was hoping to avoid the dreaded tan line left by a bikini top.

Looking in high spirits, Lisa skipped and jogged down the sandy seafront – even clutching her breasts at one point.

But she took a breather from dancing down the beach to sit on the sand and enjoy the view. 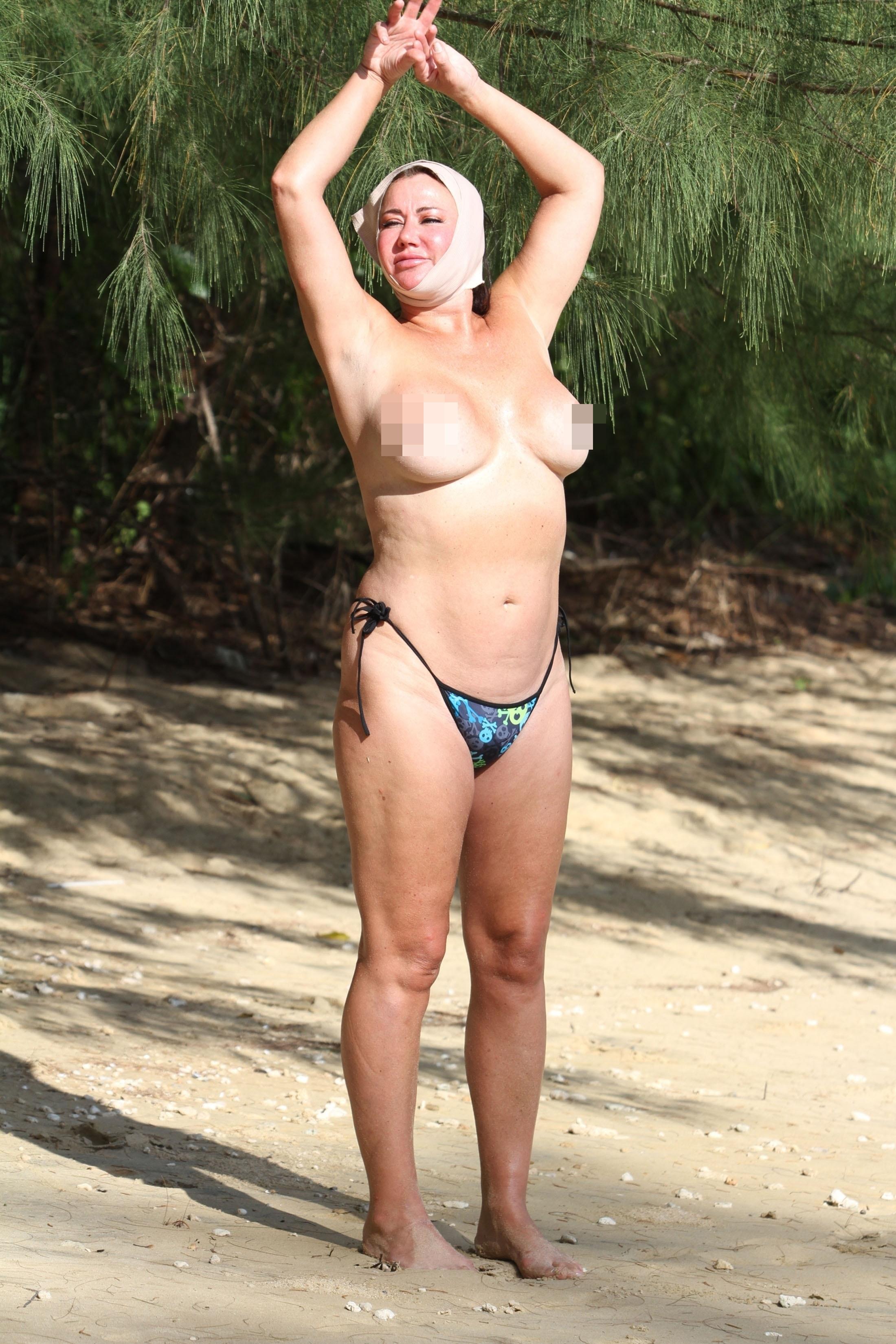 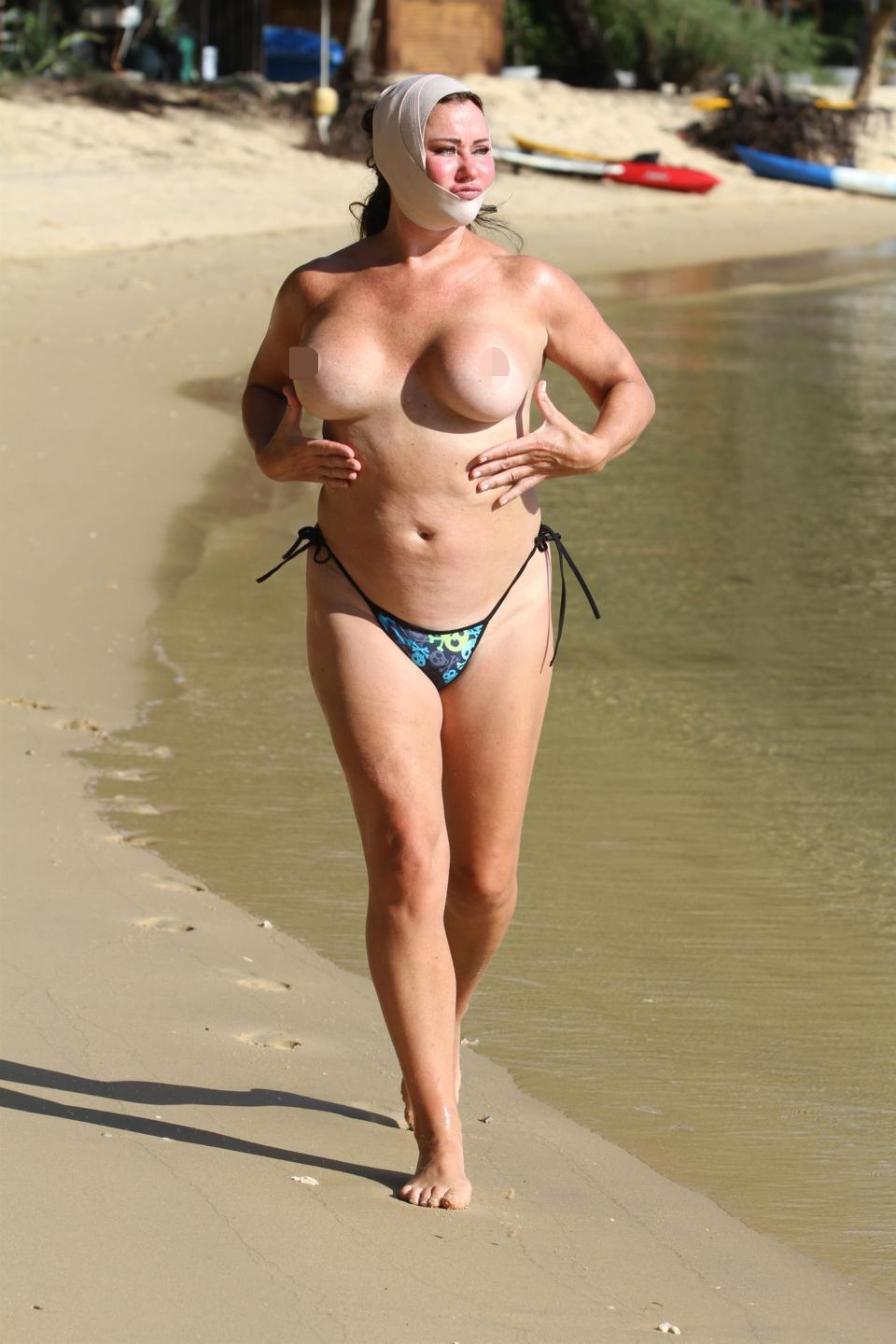 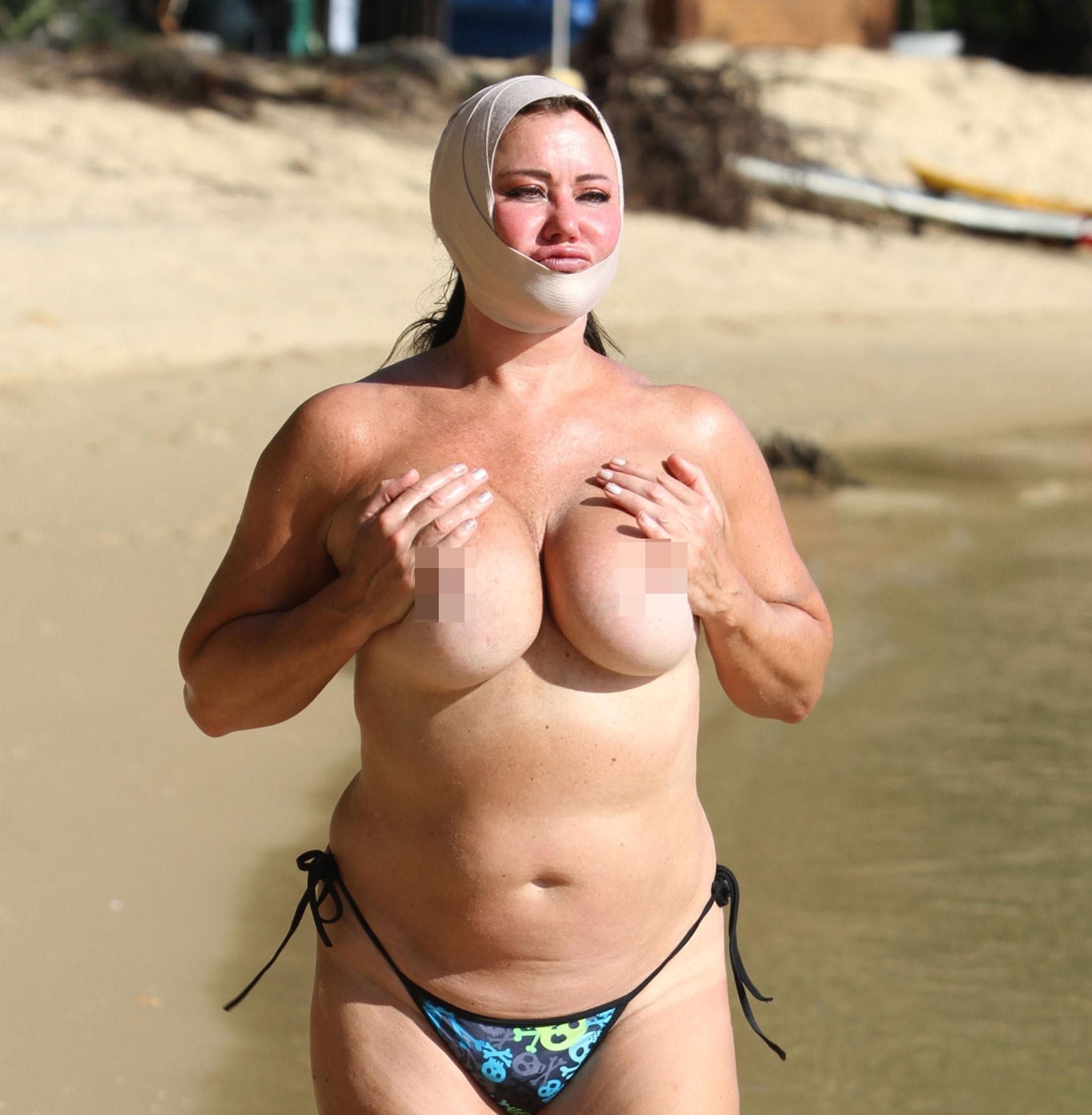 Lisa, who has made a name for herself since Big Brother with a string of outrageous stunts, wore nothing but a blue thong and bandages on her face.

But while Lisa's nudity isn't out of the ordinary for the star in the UK – it could land her in hot water in Thailand.

The law states that at worst, Lisa could spend some time behind bars for being nude in public.

Officials in the country take the offence so seriously that in 2014 the Governor of Phuket, Maitree Intrusos, issued a public warning to tourists about going topless in public. 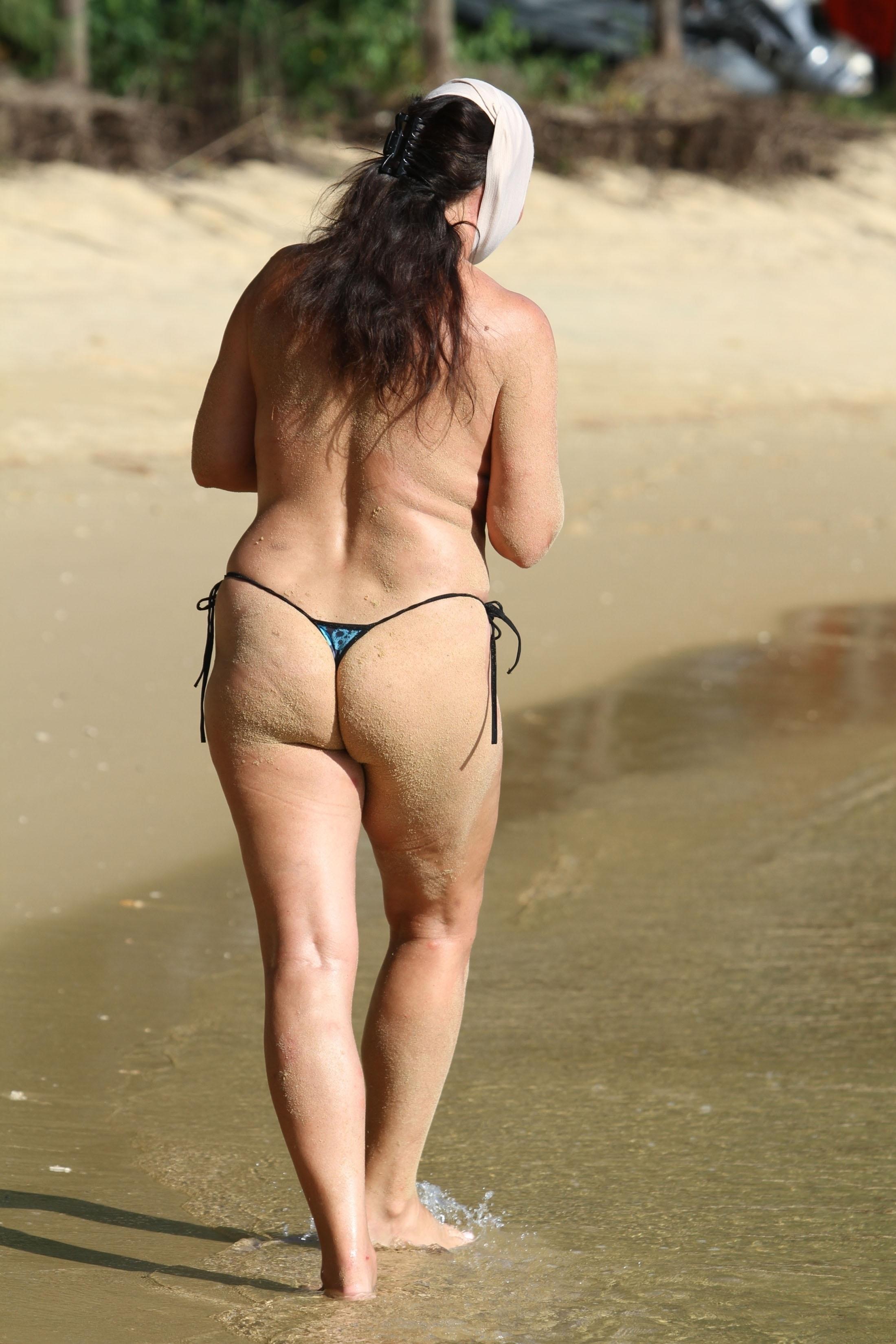 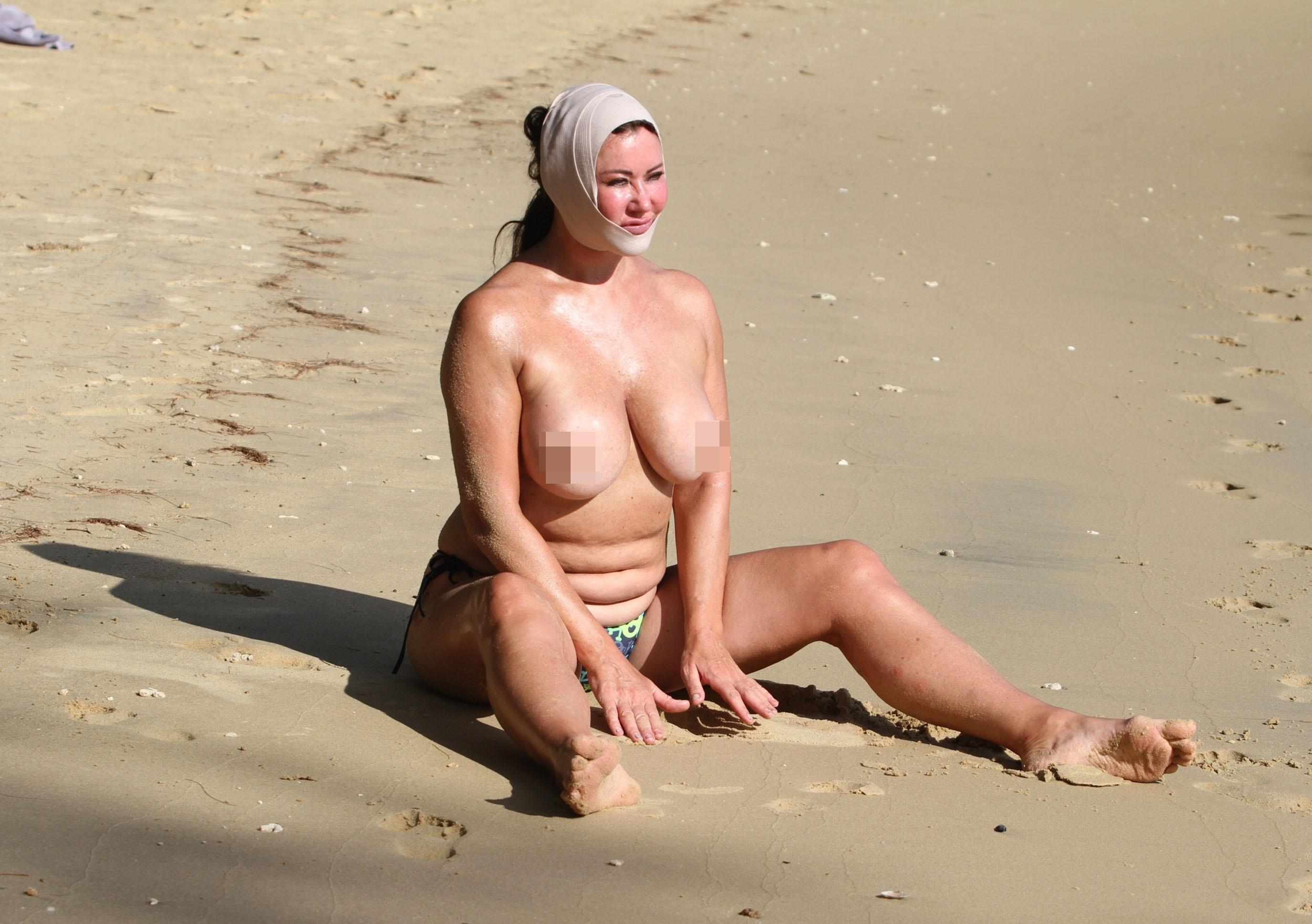 They said: “It's actually against the law and police can arrest and fine transgressors. It's best to remember: ‘When in Rome, do what the Romans do.’”

If Lisa is reprimanded, at best she’ll get away with just paying a small fine.

The reality star is recovering in Thailand from her recent extensive surgery that she got in Turkey.

Lisa went under the knife to remove her double chin after doctors in the UK refused to do the surgery.

She spent £1,200 on a face and eye lift, as well as liposuction on her chin, neck and stomach.

Last week The Sun Online exclusively revealed how the mum-of-one was rushed to hospital after disaster struck and an abscess burst in her mouth.

A source explained: “Lisa was rushed to hospital during a day out at the beach in Thailand.

“She had a large abscess in her mouth which burst suddenly.

“Lisa collapsed and an ambulance was called. She was absolutely terrified.”

'Blue Bloods': 1 Actor Napped Between Takes of a Dinner Scene

Doctor Who: Daleks set to ‘warn the universe’ of Doctor in deadly revenge plot