That includes leaving behind Hannah Brown as a potential girlfriend.

Even though he was ready to propose to her on the show, it appears that the rejection and the sudden loss of his mother in March 2020 has resulted in him shifting his focus away from Hannah.

Instead, he’s been dating models and women who do not have a connection to the Bachelor Nation world.

Now, Tyler has been linked to yet another model.

Tyler Cameron has been linked to a new woman

While Tyler has not vocal about this new relationship, a source has revealed that it is indeed happening.

A source tells E! News he has “gone on a few dates” with model Elizabeth Turner.

“It’s nothing serious,” the source explains. “She’s definitely his type but they don’t live in the same place and Tyler isn’t looking for a relationship at the moment.”

Apparently, they have hung out in both Los Angeles and New York City, where Tyler has an apartment with Matt James.

He was recently in Los Angeles, where he visited Hannah. Here, they recorded a few videos for their YouTube channels.

“They have hung out in both Los Angeles and New York City and had a lot of fun together,” the source reveals. “They have been texting and keeping it casual.”

Even though Tyler has met previous models through Instagram, he supposedly met Elizabeth through a mutual friend. 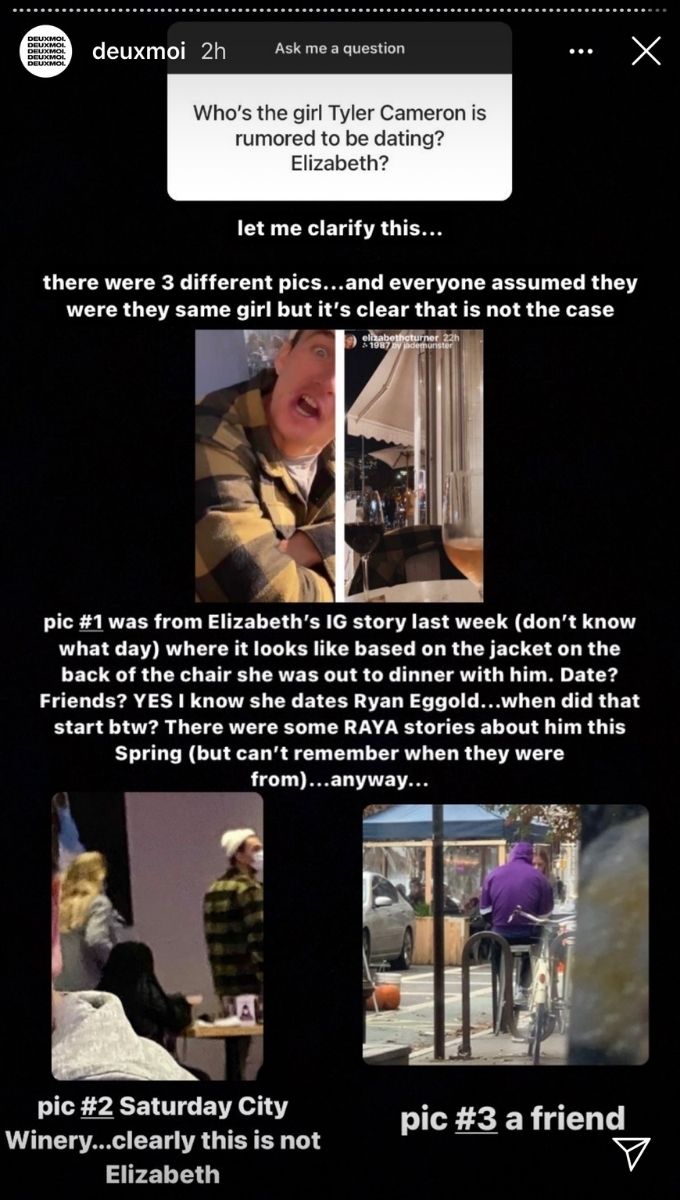 But Tyler has also been spotted with other women, which could mean that whatever he has going on with Elizabeth isn’t an exclusive relationship.

If Tyler is indeed dating someone new and is exploring other relationships, it’s safe to say that he doesn’t want to work on a romantic connection with Hannah.

This week, Hannah released a new YouTube video where she revealed she had gone on three dates in a single week.

It sounds like she’s ready to move on as well, as she doesn’t want to wait for Tyler.

Just last week, Hannah and Tyler posted a video to YouTube, describing their first impressions of one another. Fans accused them of playing with their feelings, making them think there was still a chance that they might be together.

The Bachelorette airs Tuesdays at 8/7c on ABC.

Pay TV: Australia’s Bloom is quirky with bursts of raunch and violence