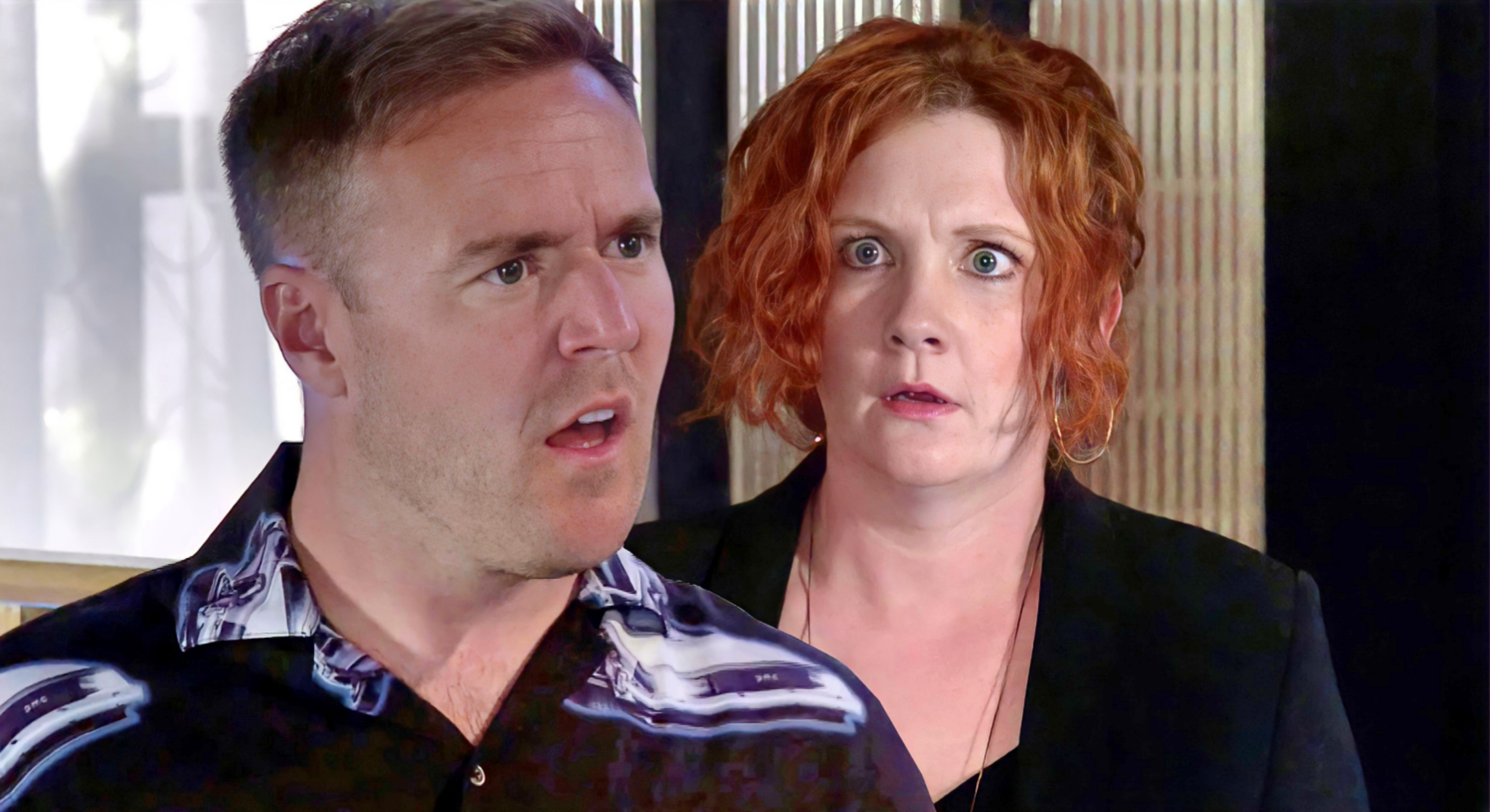 Tyrone Dobbs (Alan Halsall) is none too pleased when he learns that Fiz Stape (Jennie McAlpine) has a new beau, and violence soon ensues.

The Coronation Street mechanic, who left longterm partner Fiz for Alina Pop (Ruxandra Porojnicu), is hellbent on getting his own back on his ex, who wrote a scathing article about him.

Kevin Webster (Michael Le Vell), however, weighs in on the matter, advising him to ditch the idea, as he claims no-one wants to hear him badmouth Fiz.

Fiz later confronts Ty over his proposed article, but what will he have to say for himself?

That, we’re afraid, you’ll have to wait and see!

Speaking of Fiz, she hits it off with a bloke named Phill in upcoming scenes, and Tyrone is put out when he catches the two of them having a meal together.

With things having gone so well with Phill, Fiz asks Ty to look after the girls so that she can go on a second date.

Tyrone, however, refuses, telling her that he’s taking Alina out for dinner on the very same night, and after getting wind that Fiz will be there with her new fella, he takes Alina to the Bistro.

Alina, noticing her boyfriend’s infatuation with Fiz, berates him, and heads home with a headache.

Ty attempts to pay the bill, but his card is declined, just as he’s making snide remarks at Fiz!

Phill, being the bigger person, pays Tyrone’s bill, but Tyrone is not very pleased, and lashes out, taking a drunken swing at Phill!