Susanna Reid and Richard Madeley hosted Good Morning Britain on Monday (June 7) and the big topic of conversation was the new royal arrival. Meghan Markle and Prince Harry welcomed the birth of their daughter Lilibet “Lili” Diana on Friday (June 4). Lili was born at Santa Barbara Cottage Hospital in California weighing in at 7lb 11oz. But, when ITV welcomed royal biographer Angela Levin onto Good Morning Britain she claimed a domain had been set up in Lili’s name causing Susanna to feel “uncomfortable”.

Susanna led a debate on Good Morning Britain about Harry and Meghan’s decision to name their newborn daughter, Lilibet, after the Queen.

The ITV presenter questioned whether the couple may reuse the name Lilibet in the future.

This comes after the couple named a charity organisation the Archewell Foundation, after their first child Archie.

Susanna asked: “Is it churlish to ask any questions behind the motivation of the naming of this new baby?” 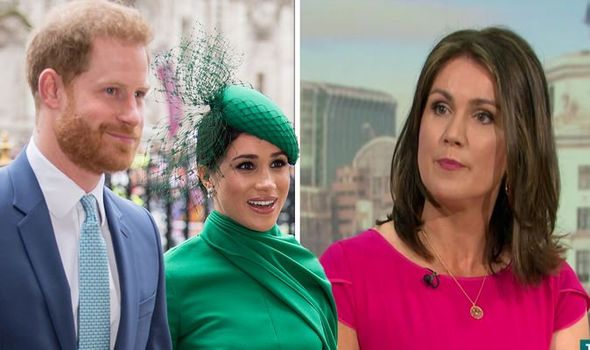 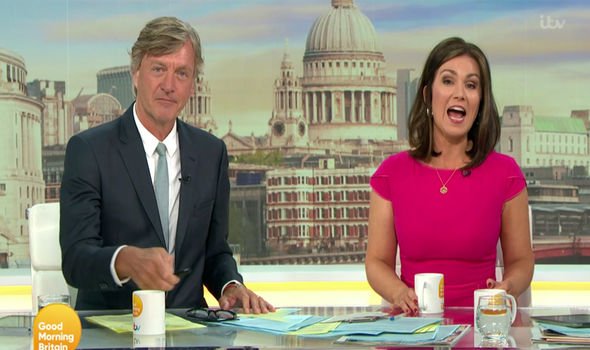 She later remarked: “One of the things they are very private about is the privacy of their children.

“And, you know, we barely see Archie and yet they named their foundation after Archie.

“Can you imagine a situation in which they set up another charitable organisation and call it the Lilibet Foundation?” Susanna asked. 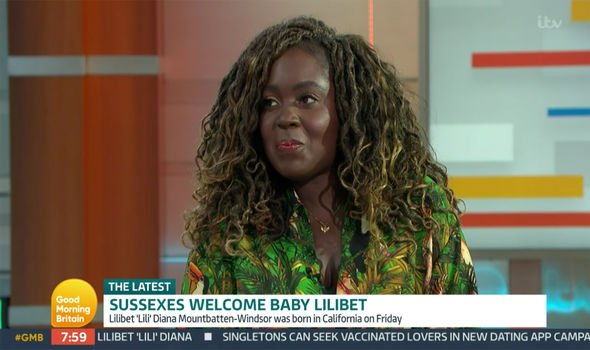 Angela chimed into the discussion saying: “They’ve made a domain, Lilibet Diana, they did that yesterday.”

“Right so that makes me feel a little bit uncomfortable,” Susanna confessed.

“They can use that for any sort of commercial work they want to do,” Angela added.

She said: “I mean I can imagine a situation where they would do that, but that is their right.

“Like you so rightly said Susanna, first of all Meghan and Harry never actually said that they wanted privacy.

Harry and Meghan yesterday announced that Lilibet “Lili” Diana Mountbatten-Windsor was born on Friday morning (June 4) in a hospital in Santa Barbara, California.

In a statement on the couple’s website, they revealed both mother and child are healthy and well.

They also revealed they had named the baby Lilibet after the Royal Family’s nickname for the Queen, the baby’s great-grandmother.

Similarly her middle name, Diana, was chosen to honour her “beloved late grandmother,” the Princess of Wales, the statement said.