Kristen Doute from Vanderpump Rules shared several revelations about her relationship with ex-boyfriend Tom Sandoval in her book, “He’s Making You Crazy.” 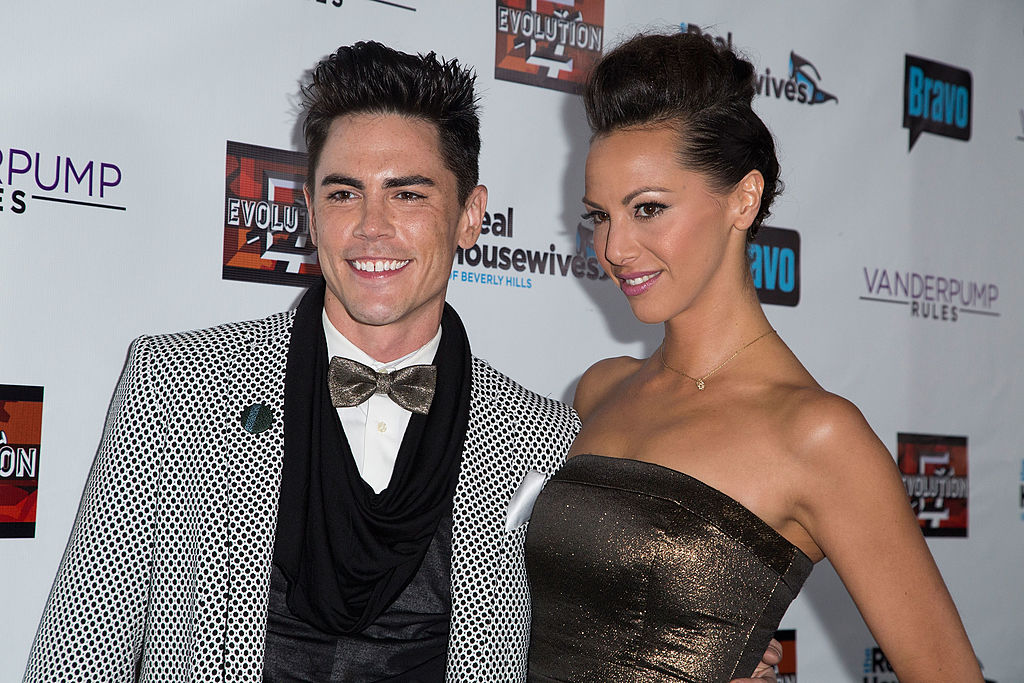 The former SURver turned textile entrepreneur spilled about her relationship with Sandoval describing it as being somewhat lonely and even a little competitive. “Once you start sharing jeans with your boyfriend, you start questioning your body image,” she wrote, US Weekly shared. “Was I his arm candy, or was he mine?

“He was so charismatic he could make me weak in the knees just by eyef**king me — but was he eyef**king everyone else, too?” she wrote. “We would get ready together at his vanity, and when he said ‘you’re beautiful’ I wondered if he was talking to me or to himself. His flat iron, oh, his f**king flat iron. It was his most prized possession. Would he ever look at me the way he looked at it?” But she went further describing the couple’s sex life. Plus how cheating with Jax Taylor played into the couple’s breakup.

She recalls how poker was more important than being intimate

Our book comes out in 4 days and it’s all feeling so real…! All of you with your pre-orders and support make me emotional. Also, when you write a book, you get an author photo. This is mine. 🦋 #HMYC

But then viewers likely recall how Sandoval was busted for cheating on Doute. “He had cheated, I caught him, and he copped to it. Noble, sure, but I wasn’t ready for that,” she recounted.

She thinks Sandoval wanted her to ‘do the dirty work’

Even though she caught Sandoval cheating, she didn’t leave him. “If he had just lied to me, it would have been easier for me to deny it to myself, to explain it away, and to tell all our friends nothing had happened. … Plus, he didn’t want to break up with me. He wanted me to do the dirty work and break up with him,” she wrote.

Later when she and Taylor had sex, she doesn’t recall the act other than they were both extremely drunk. However, she remembers how she ended up in that place.

Do I need a roadie?! HE’S MAKING YOU CRAZY Book Tour coming atcha! 🦋 I’ve never been so proud & I can’t wait to meet y’all ! ➡️ chicagoreviewpress.com/hesmakingyoucrazy

“My boyfriend and I got into another one of our knock-down, drag-out arguments, and my boyfriend called that same friend to come pick me up and take me someplace else. Wasted,” she wrote. “We were wasted, again. We were wasted a lot back then. Looking back, I just wanted attention and affection, and it didn’t matter anymore from whom, or from where. I’d barely hugged my boyfriend, let alone had sex with him, in months. I was longing to feel desired, to know that I was still worth something. My self-love tank was entirely depleted, and I hated every minute of it.”

Doute is also frustrated that she was the one who portrayed as the villain even though they both cheated. “Years later this is still held against me, my Scarlet Letter, while the world has allowed him to let it go.”

What Is ‘The Office’ Alum Jenna Fischer’s Net Worth Today?