When the Venice Film Festival competition line-up was announced – with only two films by women included – there was widespread shock that a film by Roman Polanski could be part of the mix.

J’Accuse (An Officer and a Spy), a meticulous retelling of the 1895 Dreyfus case in France – in which a Jewish army officer was convicted of treason on the flimsiest of evidence – was screened with full red-carpet honours on Friday night. 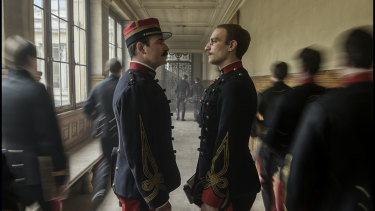 A scene from Roman Polanski’s film J’Accuse, which premiered at Venice Film Festival.

Polanski’s The Pianist won the Palme D’Or in Cannes and three Oscars in 2003, but those were different days. Since #metoo, he has been stripped even of his membership of the Academy.

"I can't believe Venice pulled this shit again," said one female film-maker quoted anonymously in the Hollywood Reporter. "Not only do they basically snub women, but then they put Polanski in competition. I think the message they are sending is loud and clear: they want to continue celebrating people who have been convicted or accused of sexual assault."

Last year, Venice became the last of the major festivals to sign up to the so-called 50-50 by 2020 pledge to support women’s film-makers. A year later, festival director Alberto Barbera, is playing host to a film by Polanski, who was arrested in 1977 for drugging and raping a 13-year-old girl and has been a fugitive from American justice for over 40 years.

The festival is also screening American Skin by Nate Parker, whose first film Birth of a Nation sank without trace when it came to light that he had been tried for rape when he was 19. 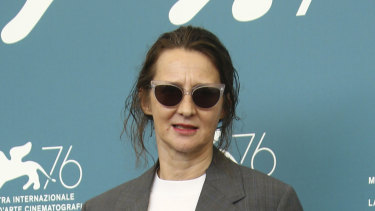 He was acquitted, however. Polanski, who lives in France, is 86 and still effectively on the run from justice; he could not attend his own premiere.

For a few moments, it seemed that premiere wouldn’t happen after jury president Lucrecia Martel, a widely admired Argentinian director, said she would not attend. She would watch the film, but she did not want to be seen to be “congratulating” Polanski, even in his absence. The producers threatened to pull the film if she didn’t apologise.

More fur flew a day later when the film’s producers sent press notes to the festival that included, against the advice of their own publicists, a hackle-raising Q&A with Polanski by polemicist Pascal Bruckner. Bruckner asks: “As a Jew who was hunted during the war and a filmmaker persecuted by the Stalinists in Poland, will you survive the present-day neo-feminist McCarthyism?” 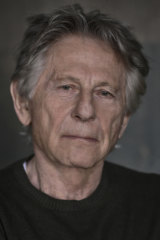 Roman Polanski did not attend the Venice screening of his film. Credit:Venice Film Festival

Polanski responds that making a film like An Officer and a Spy helped. “In the story, I sometimes find moments I have experienced myself, I can see the same determination to deny the facts and condemn me for things I have not done… I must admit that I am familiar with many of the workings of the apparatus of persecution shown in the film, and that has clearly inspired me.” It reads as a deliberate provocation: another salvo fired in the culture wars.

The galling irony is that An Officer and a Spy went down a storm at the festival’s press screenings, having already sold to several territories ahead of the premiere. The story is as relevant as ever.

Polanski’s direction amounts to a masterclass delivered by, to quote Barbera, "one of the last great European filmmakers, one of the last true artists from the classical period of 20th century cinema.”

Jean Dujardin, of The Artist fame, gives a riveting performance as Georges Picquart, the conscientious officer who pursues the case. Which all means that the Polanski problem is by no means laid to rest, since the jury is almost certain to want to reward it when the Lions are announced next Saturday. Expect another pitched battle.