As far as symbiote Spider-Man villains go, Venom and Carnage remain the most well-known. Carnage spawned from Venom and became a major nuisance to both Spider-Man and Venom. However, both alien creatures have spawned several more alien foes. Could audiences expect to see future symbiotes beyond Venom 2? 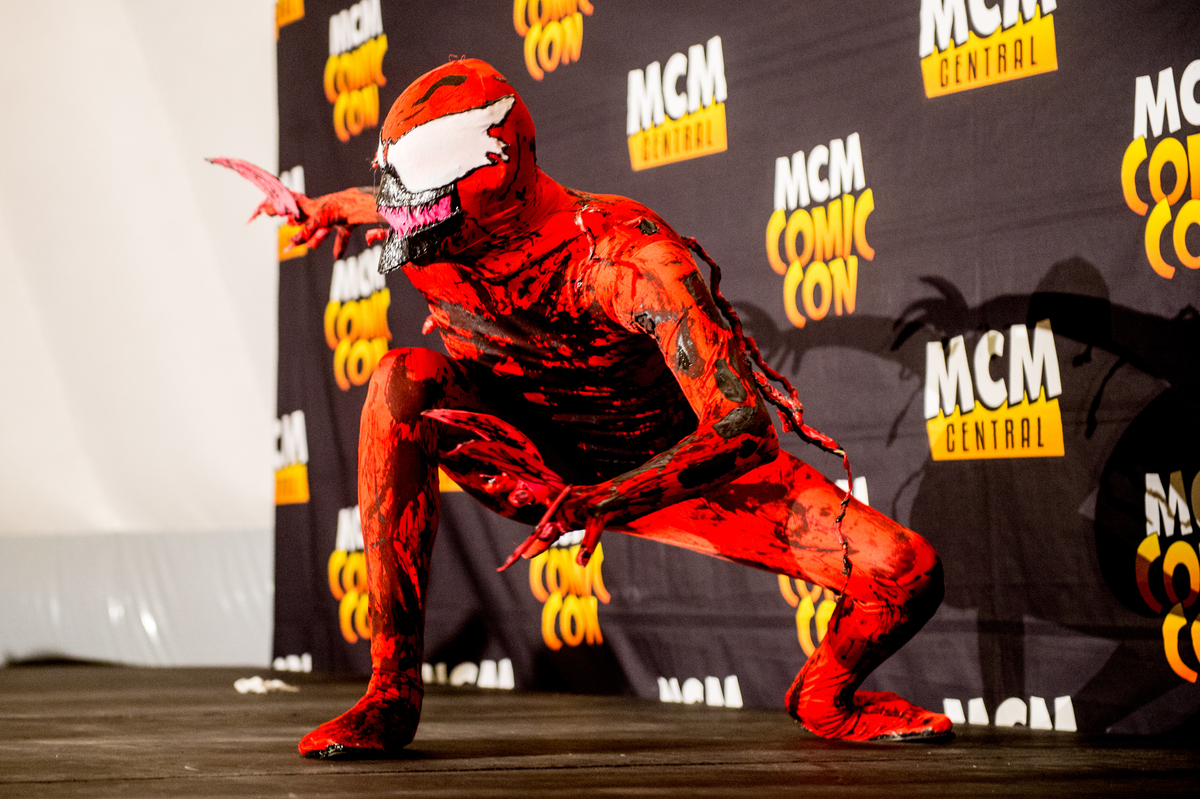 Venom and Carnage were the first symbiote Spider-Man villains, but far from the last

The original appearance of Venom occurred in the 1985 Secret Wars comic event as Spider-Man’s slick, new black costume. However, this suit had a mind of its own.

Once Peter Parker managed to ditch the symbiote, it attached itself to Eddie Brock to terrorize the web-slinger for years to come.

Their dynamic changed again when Carnage came into the mix, though. The Venom 2 film looks to replicate Carnage’s origin faithfully. Serial killer Cletus Kasady bonds with Venom’s offspring, a red symbiote, and incites a prison break.

Spider-Man and Venom formed a rocky alliance to stop the rampaging Carnage. Spider-Man, Venom, and Carnage have clashed, teamed up, and tangled numerous times in years since then.

While they served as the first symbiote Spider-Man villains, both Venom and Carnage spawned multiple other symbiotes. Some of Venom’s spawns already appeared in the 2018 Venom movie, such as Riot and allegedly Phage (the yellow symbiote).

As Carnage steals center stage, could his spawns come into play as well in the Venom sequel?

In an attempt to harness the symbiotes, industrialist Michael Hall attempted to use the Carnage symbiote to create adaptive prosthetics. However, these experiments went awry and led to Carnage’s first spawn, Scorn.

Scorn’s primary host was psychiatrist Tanis Nieves. The Scorn symbiote grew from her prosthetic arm, and she cut it off in fear.

For a time, the Scorn symbiote partially bonded to Carnage’s love interest, Shriek, played by Naomie Harris in Venom 2. While there no have leaned toward Shriek obtaining her symbiote, Sony could always have a surprise tucked away.

The Raze symbiote was ultimately destroyed during a battle with an HP Lovecraft-inspired monster (it’s a long story).

Ironically, Carnage’s first spawn became the most heroic. Marking the 1000th symbiote in their lineage, Toxin earned the fear of both Venom and Carnage.

Bonding with policeman Pat Mulligan, Toxin seemed far better intentioned than his father or grandfather (apart from a morbid sense of humor). And The Irishman’s Stephen Graham has been cast to play Detective Milligan.

Of all the symbiotes, Toxin has been the only consistent ally of Spider-Man.

Sony looks for ways to expand its universe beyond Venom and Venom: Let There Be Carnage, and a protagonist far more heroic than Venom could serve as a moral change on things.

Venom 2 releases on Oct. 1, 2021, and Tom Hardy already has ideas for Venom 3. Whether those ideas lead to more symbiote Spider-Man villains (or heroes) has yet to be seen.