Ragnar Lothbrok (played by Travis Fimmel) bowed out of Vikings in season four after meeting a bloody end in a pit of venomous snakes. While his sons fought for the throne of Kattegat as the following two instalments rolled out on the History Channel and Amazon Prime, some viewers remained convinced that the Viking warrior survived his ordeal.

Some major clues leading up to Ragnar’s death has thrown his fate in the second half of season four into question.

At the end of episode 15, ‘All His Angels’, Ragnar’s ongoing feud with King Aelle (Ivan Kaye) reaches a horrifying climax.

The ruler of Kattegat is delivered to the King in Northumbria bound and caged, and suffers a long session of painful torture.

Ragnar remains steadfast to the end and refuses to beg for forgiveness, and is promptly dropped into a pit of snakes and killed. 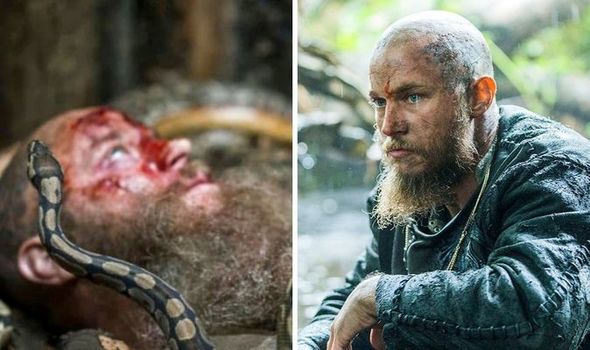 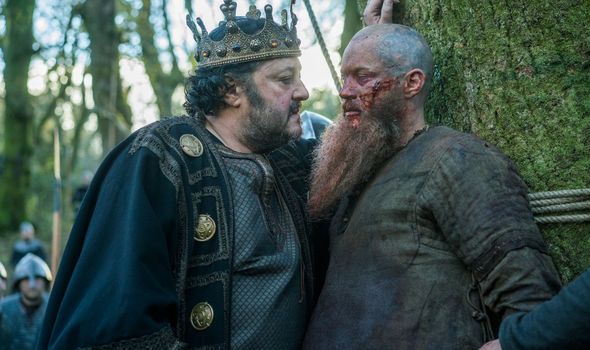 However, a small minority of viewers remain convinced that the Viking King could have found a way to escape.

A recent article on Screenrant has the lowdown on several fan theories.

The article continued: “Ragnar became addicted to these drugs, which some viewers believe could have helped him survive the bites of the snakes.” 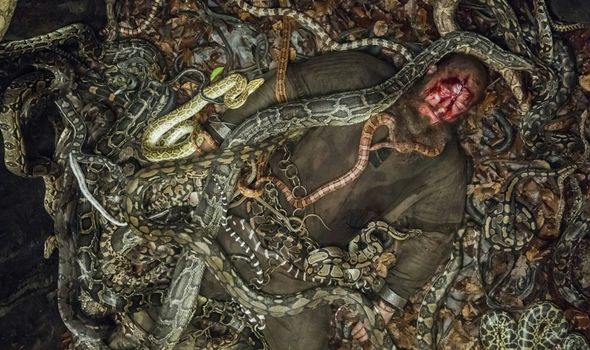 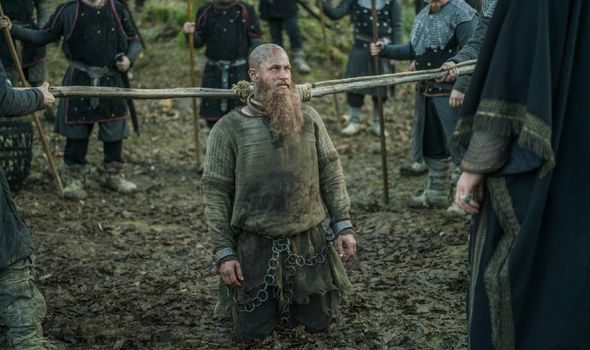 This theory also noted that Yidu exposed Ragnar to snakes well before he met his end at the bottom of the pit.

Plus, other theories pointed out that the warrior was given a vial of venom antidote before being taken to Northumbria.

With the combination of antidote and Yidu’s powerful pain remedies, Ragnar could have endured the snake bites and crawled out of the pit under the cover of night.

The fact that his body was never recovered, nor was a funeral held, has also added fuel to this increasingly convincing theory.

His conspicuously absent funeral caught the attention of plenty of fans, who considered it strange that such an integral character wasn’t given the traditional Viking send-off.

Another Screenrant article explained: “Among the things Vikings are best remembered for are their funerals, which included the ship burial, where the body was laid on a boat or stone ship and given grave offerings according to the deceased’s status and profession.

“It’s important to remember that Ragnar was far from home when he died, but many fans have pointed out that it’s strange that their sons didn’t reclaim the body, and that what was left of him was nowhere to be found in the pit.”

Perhaps it would have been too much of a hassle to bring Ragnar’s body back from Northumbria all the way back to Norway.

His body may have even been left in the soil to decompose, or simply have been eaten by the snakes.

Plus, others have pointed out that, since Ragnar was being held captive by the Saxons, it’s unlikely they would have given him the proper ceremonial burial.

Even so, there are definitely enough factors at play for a number of viewers to stay adamant Ragnar survived his tortuous final moments.

Sadly, the series coming to an end last year all but rules out another appearance from Ragnar, though there’s still a chance of a cameo appearance in the upcoming sequel series, Vikings: Valhalla.

Vikings seasons 1-6 are available to watch on Amazon Prime Video.