Welcome to the 1970s, now in color! Though the new opening title sequence (courtesy of Kristen Anderson-Lopez and Robert Lopez) stopped short of recreating the iconic “Brady Bunch” three-by-three grid, its rainbow “in color” tag and peppy music set the tone for a Technicolor episode within a spacious, suburban home about to double its occupancy. Yes, the much-anticipated twins are here, and Episode 3 goes delightfully overboard with wacky sitcom shenanigans to make their birth an event to remember. Household objects spin, sprinklers go off, and a very CGI stork wanders through the living room.

But none of these peculiarities are the most notable strange occurrences in “WandaVision.” Episode 3 primarily tracks Wanda (Elizabeth Olsen) as she speeds through a nine-month pregnancy in just a few days, but the Megan McDonnell-penned half-hour shares plenty of hints as to what’s really going on, including our first look outside Wanda’s television bubble, as well as all-but-airtight confirmation that she is the one controlling this world. (Though it seems most viewers have assumed as much from the jump.) “WandaVision’s” balance between its two shows — an earnest homage to sitcoms and a strung-out Marvel mystery — is still way off, but at least the series seems to be inching closer to acknowledging its duality.

To kick things off, let’s look at the sitcom side of things. “WandaVision” Episode 3 fits in clever references to TV tropes wherever it can: The doctor examining Wanda is named Dr. Nielsen, in a nod to Nielsen ratings, aka the still-operating TV audience measurement service; there’s a fun meta montage where Wanda hides her pregnancy from Geraldine (Teyonah Parris), which speaks to TV’s creative history of hiding stars’ real-life pregnancies (coats, counters, bowls of fruit, etc.); Wanda even goes through a brief bout of Braxton-Hicks contractions, one of TV sitcoms’ favorite pregnancy scare fake-outs.

That they get to fit all these homages into one episodes is a credit to Wanda’s truncated pregnancy, which ends in a birthing scene worthy of “Bewitched,” “The Brady Bunch,” or any other zany series from the classic TV era. When Wanda’s water breaks, the sprinklers in the house go off. She dries everything off by using her powers, but they’re of no help when Geraldine comes calling, in need of a bucket after the pipes burst in her ceiling. This sets up a relatively well-blocked bit of distraction, as Wanda tries to talk to her friend without a) letting her know she’s pregnant, or b) letting her see the live stork parading around their home. (Did the stork get a little too close? Did it make a bit too much noise? Did too many frames spin on the walls to believe Geraldine really wouldn’t notice anything? Sure, but it’s a silly bit. Just go with it.)

What’s less funny is Geraldine’s secret identity. MCU fanatics already noted that the friendly neighbor who came out of nowhere in Episode 2 wasn’t exactly who she appeared to be, and Wanda soon catches on. “I’m a twin,” Wanda says, after giving birth to her second son. “I had a brother.” Before she can stop herself, Geraldine says, “He was killed by Ultron, wasn’t he?” That breaks Wanda’s pained recollection and snaps her back to this world, a world where no one knows about Ultron, her brother, or her real past. (It doesn’t help that Geraldine is wearing a necklace with her organization’s secret symbol on it. I mean, come on. That’s not even Spy 101 — that’s just common sense.) 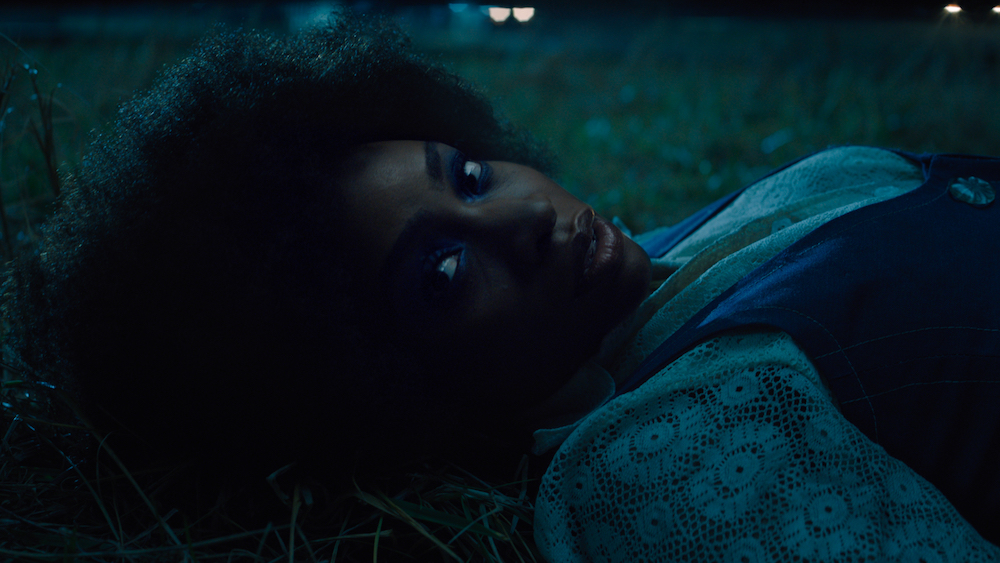 Next thing you know, Geraldine is zapped out of Wanda’s world, landing in the grass next to a massive forcefield closely monitored by unidentified agents. She’s been expelled from Wanda’s world, which clues us in to a few things:

Presumably, Geraldine is actually Monica Rambeau, the daughter of Maria Rambeau, aka the little girl from “Captain Marvel” (who’s already confirmed to appear in the sequel film), and those monitoring Wanda’s world are S.W.O.R.D. agents, last seen in “Spider-Man: Far From Home.” But you’ll have to head over to our “WandaVision” Easter Eggs article for more on these connections. What matters in assessing the effectiveness of this episode isn’t how much information we learned but how little.

The vast majority of Episode 3 (let’s say, 80 percent) is dedicated to the sitcom lives of Wanda and Vision (Paul Bettany). We’re asked to invest in their relationship, in their ability to blend in with the neighbors, and in their newborn babies. But the other 20 percent argues there’s no point in caring about this sitcom reality because it’s not real. Granted, none of this is real (“WandaVision” is, of course, a fictionalized show), but stripping consequence from our characters’ lives is a one-way ticket to “Westworld” (where the stakes are either incomprehensible or meaningless).

The tidbits of information we learn about who’s controlling those lives and why makes it seem like Vision isn’t real (so who cares about their relationship?), the neighborhood isn’t real (so who cares about fitting in?), and the babies also aren’t real. Even though comic fans have said the kids could still end up mattering a great deal, you have to go outside the show to find a reason to care about them, and that’s not how good stories are told.

Three episodes into “WandaVision,” and it’s clear Vision is right: “There’s something wrong here, Wanda,” he says. But unlike with Vision, Wanda can’t just zap the viewers into forgetting what they’ve seen, felt, or thought. We know this is a fake setting, filled with fake people, and it’s really hard to kick back and enjoy the show she’s putting on when you know it’s just there to fill time between information drops. Vision can only stick it out because he can’t remember. How long can we keep waiting, when we already know too much?

Bonus Footage: How, on God’s green Earth, did they not better incorporate Kathryn Hahn into this episode? Agnes has already been established as a nosy, needy neighbor, so a) she would’ve come over right away when the pipes burst, and b) she never would have tolerated Geraldine sliding in as Wanda’s new best friend. Tipping off Vision to Geraldine’s suspicious appearance is literally the least she would do, and when you’ve got Hahn, why ever settle for the bare minimum?