We’ve got questions, and you’ve (maybe) got answers! With another week of TV gone by, we’re lobbing queries left and right about lotsa shows including Outlander, The Flash, Star Trek: Discovery and Bel-Air!

1 | After bingeing all six episodes of HBO Max’s The Tourist, which combo did you end up shipping harder: The Man/Luci Miller or The Man/Probationary Constable Helen Chambers?

2 | Who else hopes that The Afterparty‘s Sam Richardson will return next season? Could escape room designer Aniq take Danner’s suggestion of joining the force after all?

3 | Couldn’t Magnum P.I.‘s Higgins have used, like, Google Earth to see which of the houses have solar panels? Did TC really need to do a fly by? Also, could they have given guest star Levy Tran a more lackluster, poorly directed fight scene? 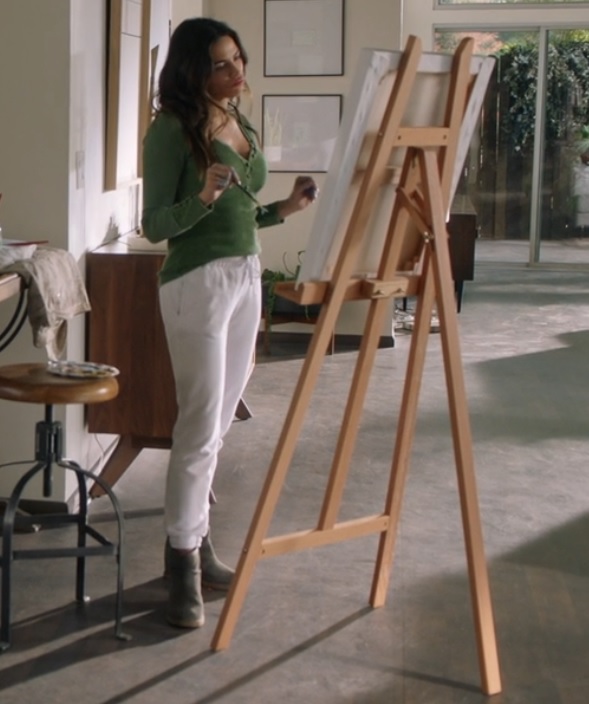 4 | Would you have liked to see The Rookie‘s Bailey use a drop cloth while painting Nolan’s portrait on his not-so-long-ago-restored floors?

5 | Didn’t the Outlander premiere’s way-too-long flashback to Ardsmuir Prison seem like a sentence for viewers?

6 | On Billions, how did Colin get away so quickly? Who is he, Rumpelstiltskin?

7 | On All American: Homecoming, why didn’t Keisha or Nathaniel send Simone a heads-up text that no one was coming to Thea’s birthday party, which could have saved everyone the embarrassment? (That said, has Thea perhaps considered that no one came to her party because she’s habitually… very mean?)

8 | On NCIS: Hawai’i, was Lucy’s MacGyver comparison a reference to a TV character or a real person mentioned in NCIS circles? Also, shouldn’t Jesse have been limping more during the chases given the multiple injuries to that one leg?

9 | Quick check-in, The Resident fans: Are you championing the potential Cade/Conrad or Billie/Conrad romance more at the moment?

10 | OK, but what was the secret ingredient in This Is Us‘ sugar pie? 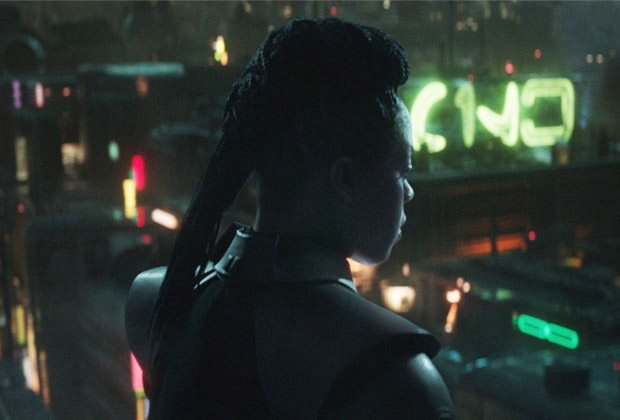 11 | On A Million Little Things, given Katherine’s late-night collapse and subsequent hospitalization, wouldn’t it nearly have been dawn by the time Eddie returned to Anna’s place? Why was she still awake?

12 | Obi-Wan Kenobi fans, who is Inquisitor Reva’s (The Queen’s Gambit‘s Moses Ingram) hair braider, and are they taking new clients? 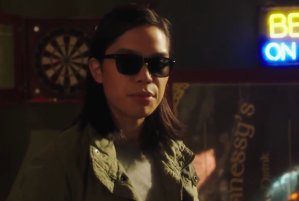 13 | Why did The Flash make that one member of the Royal Flush Gang look so much like Cisco? And what should we glean from the fact that Gideon had assured Barry that Bart and Nora’s visit hadn’t affected the timeline?

14 | On Good Trouble, did Malika and Isaac’s game of hoops remind you of Love & Basketball? 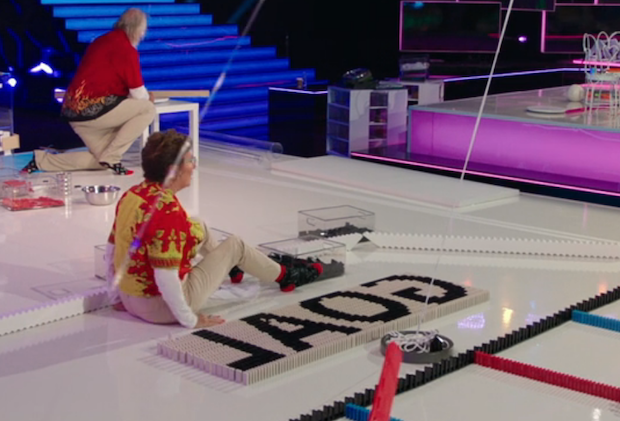 15 | Did Fox’s Domino Masters answer every question you had about how a pro “topple” is built? (Or did you not have any such questions?) And how do you carefully position 1,200 dominos to spell “GOAL” without realizing it actually spells “LAOG”?

16 | Now that Resident Alien‘s Lisa Casper has finally been offed, does this mean we’ll get to see more of Linda Hamilton’s General McCallister?

17 | Were Snowfall‘s Franklin and Louie acting like beefing siblings at Cissy’s welcome-home dinner? And are you surprised Leon has gone all Malcolm X now?

18 | On Sistas, we’re supposed to believe that Atlanta is so small, Preston and Danni and Sabrina and Calvin all ran into one another while eating at random restaurants, but Heather couldn’t find Zac for three years to serve him with child support papers?

19 | Better Call Saul fans, who was that with Lalo at the end of the Season 6 trailer? Are we about to meet another Salamanca brother?

20 | Do people actually still use Hootsuite or is Bel-Air‘s Kylo really behind for a guy who runs a content house? And are we really supposed to believe Reed’s interest in Aunt Viv is “strictly professional?”

21 | On Star Trek: Discovery, how fun was it to see Burnham and Saru yelling (and feeling silly about it) to release the tension? How do we turn that into a full song with an EDM beat? 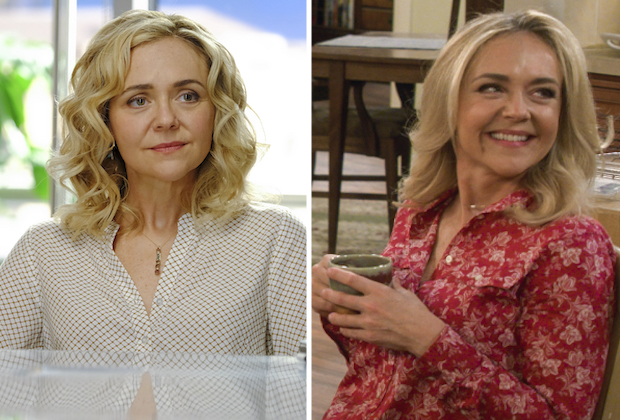 22 | For those who watch both ABC’s The Good Doctor and CBS’ United States of Al: Are you getting whiplash seeing Rachel Bay Jones playing vindictive CEO Salen Morrison on Monday nights, then Art’s sugary-sweet girlfriend Lois on Thursday nights?

23 | SVU fans: Are you a little sad that we only got a few minutes in Mama Carisi’s presence? And c’mon, Rollins: Were you really going to try to turn down dessert?

24 | On Law & Order: Organized Crime, wasn’t the annoying-telemarketers ploy a rather shaky one to rely on for getting Donnelly to invite Stabler to his place? And was the location SVU used for the skeevy rape dinner the same one Organized Crime used for the meeting where Webb put a knife through a guy’s hand? 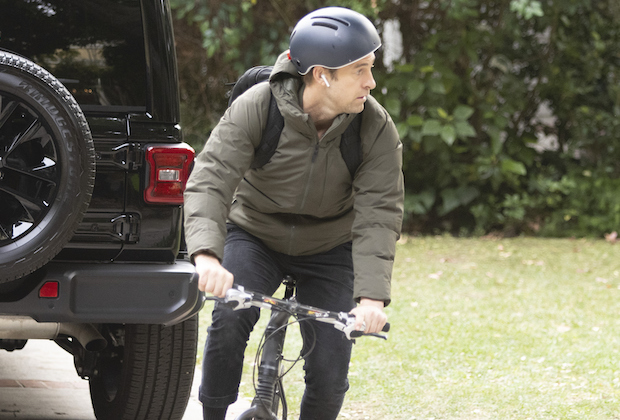 25 | Do you want to be the one to tell Grey’s Anatomy‘s Nick that wearing a bike helmet with no chinstrap serves no purpose? Shouldn’t a doctor know better?

27 | When grown-ish‘s Luca called Phil Geoffrey, was that a nod to Fresh Prince/Bel-Air? And Junior is cool and all, but given the recent Jack and Diane-themed episode, weren’t you hoping they would become the focal point if the show continued?

28 | Is HBO Max’s The Batman spinoff series — an “exploration of Oswald Cobblepot as he rises through the darkened ranks to become the Penguin” and “grabs violently for power in Gotham” — not the same show as Fox’s Gotham? But maybe a bit less interesting without a wee Bruce Wayne? And Titans fans who have seen The Batman, did it throw you a bit to see Jay Lycurgo (aka would-be Robin Tim Drake) in that opening subway platform scene with the Dark Knight?

Hit the comments with your answers — and any other Qs you care to share!

Ozark season 2: What happened to Ash in Ozark?