Executive will exit after seven years with AMC Networks 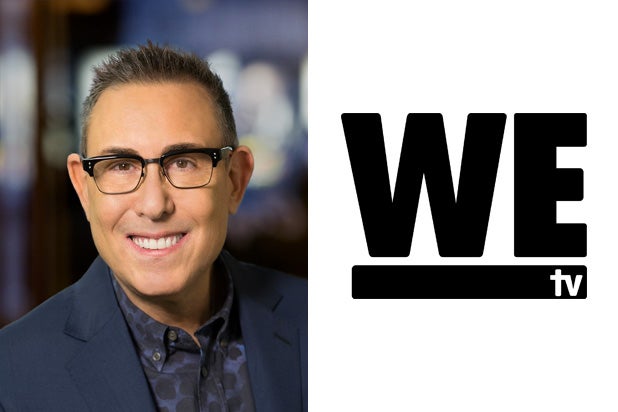 Marc Juris, president and general manager of WE tv, is stepping down at the end of the year, parent company AMC Networks announced Wednesday.

Juris’ exit comes after a seven-year tenure leading the network, a period that saw the launch of several important WE tv franchises including “Marriage Boot Camp” and “Love After Lockup,” the latter of which recently had its highest-rated premiere in series history.

AMC Networks has not yet named a replacement for Juris.

“My years at AMC Networks have been among the most rewarding and fulfilling of my entire career. This is a company that has always had an outsized impact by taking chances and having the confidence to make big moves and that has become part of my professional DNA,” Juris said in a statement. “I’m thankful for our talented team and very proud of the shows we’ve made and the relationships we have forged with viewers. Our industry is in the midst of profound change and transformation, but the elements that make a good story are universal. I believe in the power of storytelling and look forward to writing the next few chapters of my own, wherever that takes me.”

Juris joined WE tv as president in 2013, after previously serving as president of CourtTV during its recent rebranding as truTV. Juris also oversaw the rebranding of MuchMusicUSA to FUSE Network and earlier in his career served as senior vice president of original programming and, later, general manger of AMC.

“We first worked with Marc many years ago, when he was running original programming for an early version of AMC and then became the general manager who took the network from ad-free to ad-supported, a move that fueled much of the growth and distinction that was to follow,” said AMC Networks president and CEO Josh Sapan. “His keen eye for brands and for compelling content have been demonstrated here and elsewhere. He’s recognized as a leader in our industry and for good reason. We wish him nothing but the best as he departs to find his next opportunity.”

“Marc came back to our company in 2013 and had an immediate impact. He brought new life to the network, oversaw a major rebranding effort, built on the success of existing shows like Braxton Family Values, brought back Bridezillas – one of the network’s original hits and cultural touchstones – and developed new franchises like Marriage Boot Camp, Growing Up Hip Hop and Love After Lockup, which have driven the network’s growth and success in recent years,” added Ed Carroll, chief operating officer of AMC Networks. “He extended WE tv’s Thursday night leadership position on cable to Friday nights as well and leaves the network in a strong competitive position. He is an enormously talented and imaginative developer of brands and content and we will miss him.”

Gloria Estefan Was Offered This Iconic Role Before Julia Roberts