It’s official — Netflix has landed Tim Burton’s live-action Addams Family series with an eight-episode order to a spinoff focused on the iconic character of Wednesday Addams.

Your Complete Guide to Pilots and Straight-to-Series orders

Titled Wednesday, the coming-of-age comedy, written by Smallville creators Al Gough and Miles Millar and to be directed by Burton, is a sleuthing, supernaturally infused mystery charting Wednesday Addams’ years as a student at Nevermore Academy. Wednesday’s attempts to master her emerging psychic ability, thwart a monstrous killing spree that has terrorized the local town, and solve the supernatural mystery that embroiled her parents 25 years ago — all while navigating her new and very tangled relationships at Nevermore.

The YA series, Wednesday Addams’ first solo vehicle, marks Burton’s first live-action show and his TV directing debut. He and Gough and Millar, who will serve as showrunners on the series, executive produce. Wednesday is produced by MGM/UA Television, which controls the underlying rights to the IP.

As Deadline first reported in October, MGM/UA TV took the project out last fall with Gough & Millar attached and Burton in negotiations,  getting multiple bids, with Netflix considered as the likely winner.  Wednesday marks a familiar territory for Millar and Gough who successfully explored the coming-of-age story of another iconic character, Superman, with the hit series Smallville.

“When we first heard Al Gough and Miles Millar’s pitch for Wednesday we were struck, like an arrow from a crossbow, right in our hearts. They nailed the tone, the spirit and the characters, but gave us a fresh way into this story,” Teddy Biaselli, Netflix’s Director Original Series said, calling Wednesday “the ultimate lone wolf” character. “We then got the call that visionary director and lifelong Addams Family fan Tim Burton wanted to make his television directorial debut with this series. Tim has had a history of telling empowering stories about social outsiders like Edward Scissorhands, Lydia Deitz, and Batman. And now he brings his unique vision to Wednesday and her spooky classmates at Nevermore Academy.”

The tale of The Addams Family, a fictional household created by American cartoonist Charles Addams in 1938, has had a number of screen iterations over the years including two live-action TV series; a live-action film franchise, and most recently an animated movie from MGM with the sequel dropping in 2021.

Christina Ricci, the actress most closely associated the character, played Wednesday in both feature films, The Addams Family in 1991 and sequel Addams Family Values in 1993.

Wednesday Addams was played by Lisa Loring in the original series. In the first animated series she was voiced by Cindy Henderson, and by Debi Derryberry in the second animated series, both from Hanna-Barbera. Wednesday is portrayed by Nicole Fugere in the straight-to-video movie Addams Family Reunion and then-Fox Family Channel’s television series The New Addams Family, which were both produced in 1998.

Burton previously developed and executive produced the animated series Beetlejuice, loosely based on his 1988 movie, which ran for four seasons from 1989-91. 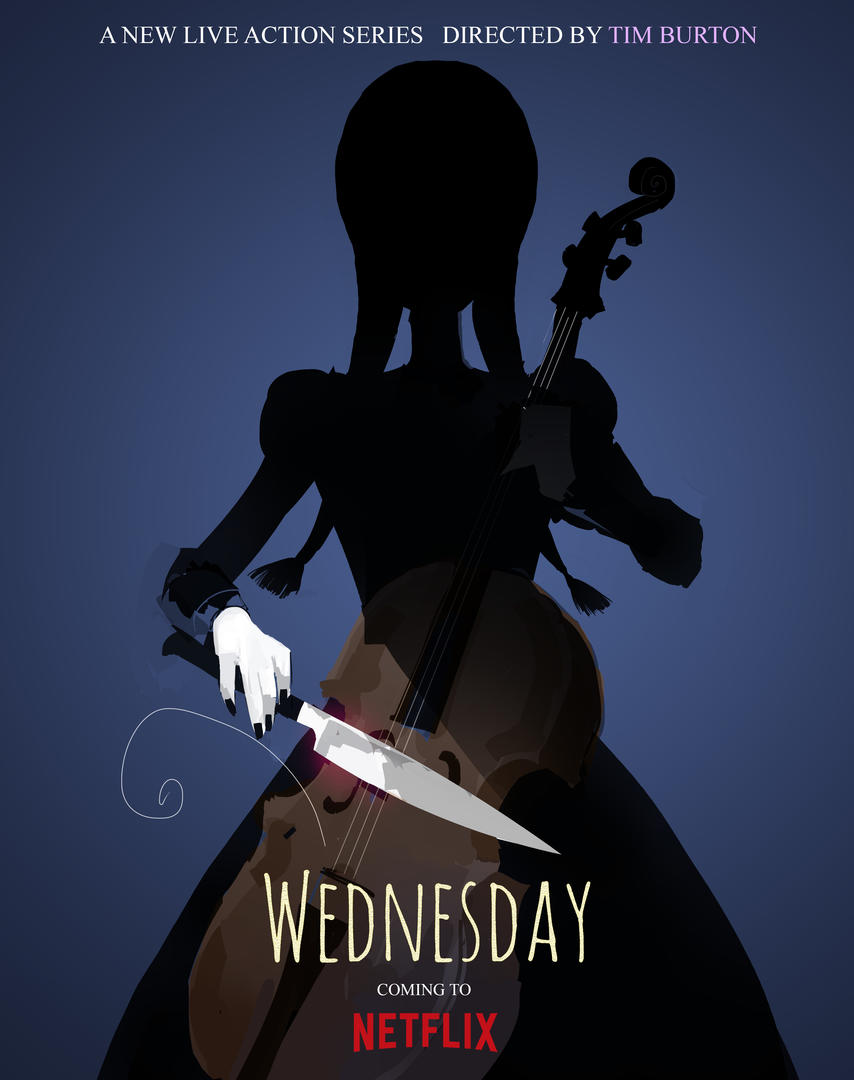