When Dominic Hernandez appeared on “My 600-Lb. Life,” fans of the hit TLC show were immediately heartbroken at his plight. California-based Dominic went on the show with his brother, Jonathan, who also struggled with his weight. However, their weight wasn’t their only obstacle: They both lived out of a van, per People.

By the time Dominic went to the show’s surgeon, Dr. Now, for help, he weighed 672 pounds, as noted by Heavy. Dr. Now told Dominic that he was required to lose 50 pounds in his first month of treatment, which he considered a “very moderate” goal, as noted by In Touch Weekly. Despite the doctor deeming this a lower-level goal, Dominic didn’t quite meet that amount, dropping 23 pounds instead. When he failed to meet his weight-loss goal a second time, Dr. Now told Dominic that he wasn’t interested in working with him until he got “serious” about his weight loss.

With such a heartbreaking story, it’s easy for fans of “My 600-Lb. Life” to wonder what happened to Dominic after the show. Keep reading to learn what he is doing now. 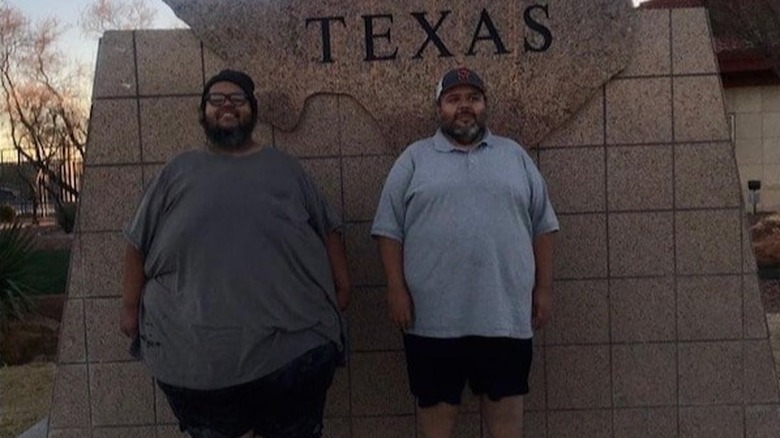 Dominic Hernandez still has an active GoFundMe page, where he solicits fans of “My 600-Lb. Life” for donations. His last posted update was in May of 2020. “Thank you for your patience with my update. I can’t say much on the weigh loss but let say 30lbs in one week is a great thing. Slowly but surely im working my way back to life, with your support and words of encouragement I am doing better every day,” he wrote. Dominic concluded, “Thank you to everyone that has donated if it wasn’t for you i don’t know where I would be at right now so thank you so very much.” His page has garnered over $8,000 in donations.

According to the page, Dominic is still living in Texas and is hopeful that he will one day have the funds to obtain a weight-loss surgery. “With [Dr. Now’s] help I learned to face life’s challenges without using food to cope.Now I need some stability in my life before I can get the surgery,so I’m raising fuds (sic) to help get a stable place to live and help with expenses,” he said.

'The Sopranos': Why David Chase's Family Flipped Out When They 1st Saw the Show