Apple has announced its list of most popular podcasts, and the shows its editors think are best, for 2018. The list is significant, as Apple is home to the world's largest podcast directory, and accounts for the vast majority of podcast downloads. If you're looking for a few new podcasts to subscribe to over the summer break, you'll find some great suggestions.

The ABC had a fantastic year, with Richard Fidler's podcast version of Conversations the most downloaded show of 2018. But more interesting is how successful the ABC has been with its podcast-only shows; with Russia, If You're Listening, The Signal, The Pineapple Project, the true crime investigation series Unravel and the excellent children's podcast Fierce Girls, all making the list of most downloaded shows to launch in 2018. Meanwhile, the ABC's Alice Fraser Trilogy is the most recommended show from Apple's podcast team. 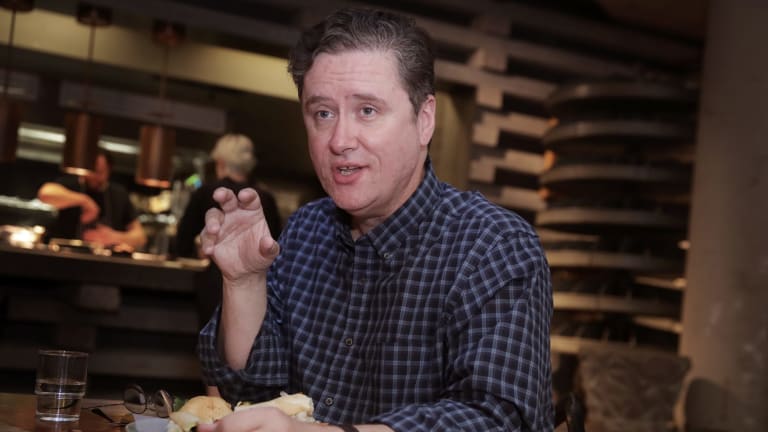 The podcast version of Richard Fidler’s Conversations was the most downloaded show of 2018, according to Apple’s annual round-up.Credit:Andrew Meares

True crime is heavily featured, with The Australian's Teacher's Pet the most downloaded new show of 2018, and one of the most rewarded. The investigation into the 1982 disappearance of Sydney mother Lyn Dawson won the 2018 Gold Walkley Award – and is praised by Apple's editors as a must listen.

If you've binged on Teacher's Pet and you're looking for something similar, Caliphate, Dr. Death, The Age's Wrong Skin all take a long-form investigative approach to true crime stories. And of course the original long form investigative hit Serial came back in 2018 with a strong third season, following a hit or miss sophomore effort.

The daily news summary podcast is growing in popularity, with The New York Times' The Daily, ABC's The Signal, BBC's Global News Podcast and Vox Media's Today, Explained all making it into the most downloaded lists, and independent Australian daily Squiz Today commended by Apple's editors.

For a deeper dive into the news, Apple recommends Please Explain, hosted by Tory Maguire, the national editor of The Sydney Morning Herald and The Age. For Australian political wonks, Buzzfeed's Is It On? will keep you informed of the latest infighting in Canberra.

If you're looking for a laugh, Apple's editors were impressed by Dan Debuf's Totally Obsessed, and Giant Dwarf's Story Club, which features some of Australia's best writers and comedians telling personal stories in front of an audience. I was impressed by their pick Shameless, featuring Zara McDonald and Michelle Andrews discussing the trash news of gossip mags in a fun and clever way.

Rounding out the list is the quintessential example of a show that could only ever work as a podcast, Cher and Retweet. Comedians Andy Balloch and Justin Porter explore Cher's twitter feed, offering their theories and explanations on some of the musician's more cryptic tweets and political outbursts. A legitimate perspective on the news as any, considering the current political climate.

When is Midsomer Murders coming back?