Jonah Hill has a new lady in his life! The 37-year-old actor has famously kept his love life private over the years. In September 2019, People reported that Hill got engaged to then-girlfriend Gianna Santos after a year of dating. The couple was often spotted out and about in New York City prior to their engagement. However, they ended their engagement in October 2020, with a source revealing that “the split was amicable between the two.” Neither Hill nor Santos ever divulged the reason for their split.

After splitting with Santos, Hill stayed busy with work, immersing himself in film projects like Adam Kay’s “Don’t Look Up,” and producing his own show with Kenya Barris, per IMDb. But it would seem that Hill has found love again after he went Instagram official with his new girlfriend Sarah Brady in September. Keep on scrolling to find out more about their relationship below. 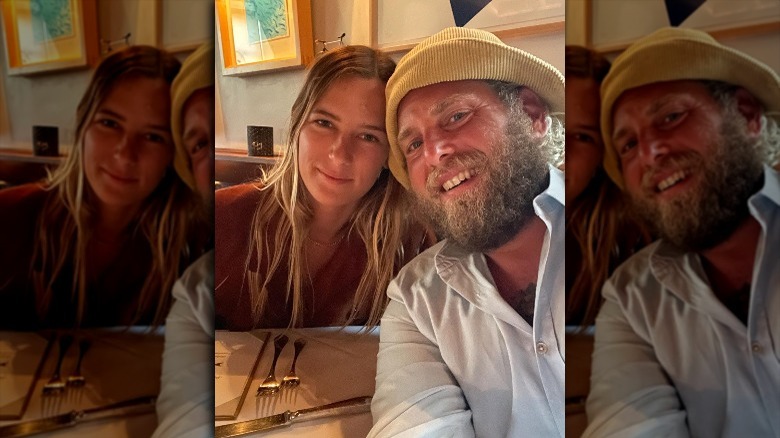 Jonah Hill took a major step in his relationship with Sarah Brady on September 9 when he publicly posted about her on his Instagram. “Grateful for you @Sarahhbrady,” he captioned the photo of them in an undisclosed restaurant with heart and heart-eye emojis.

It is unclear when the couple started dating, though Page Six reported that they most likely met while surfing together this past summer. The outlet noted that Brady is a surfing instructor, while her official Instagram account states that she’s a graduate of U.C. San Diego. Brady is also a climate change activist and frequently posts about her surfing and nature-loving adventures on Instagram.

While Hill surprised fans with his snap, Brady has been less secretive about their relationship. During Labor Day weekend, she documented her vacation to Big Sur, California with Hill, where he was seen riding the waves with their dog. “Fig’s adventure weekend,” she captioned her post. Surfing, it would seem, has made a big impact on Hill both personally and physically.

Jonah Hill has 'finally' learned to 'love and accept' himself 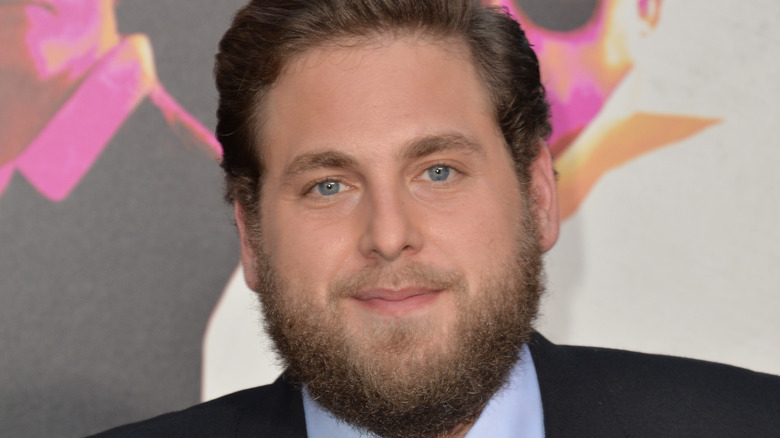 Jonah Hill’s love for surfing did not only lead him to meet his girlfriend, Sarah Brady, but also helped him get in better physical shape. According to Page Six, Hill took an interest in surfing earlier this year and was photographed numerous times in the water. In February, he took to Instagram to say that he’s finally accepting of his body after The Daily Mail published a story of him in a wetsuit while surfing.

“I don’t think I ever took my shirt off in a pool until I was in my mid 30s even in front of family and friends,” he captioned the post. “Probably would have happened sooner if my childhood insecurities weren’t exacerbated by years of public mockery about my body by press and interviewers.” He added that the media “stalking him” and printing photos of him doesn’t phase him at all anymore. “I’m 37 and finally love and accept myself,” he continued. “This isn’t a ‘good for me’ post. And it’s definitely not a ‘feel bad for me post.’ It’s for the kids who don’t take their shirt off at the pool. Have fun. You’re wonderful and awesome and perfect. All my love.”

With Brady being a surfing instructor and a good influence on him, Hill should have no problem keeping up this hobby.