So what’s happened to him and is he coming back? Here’s the lowdown… 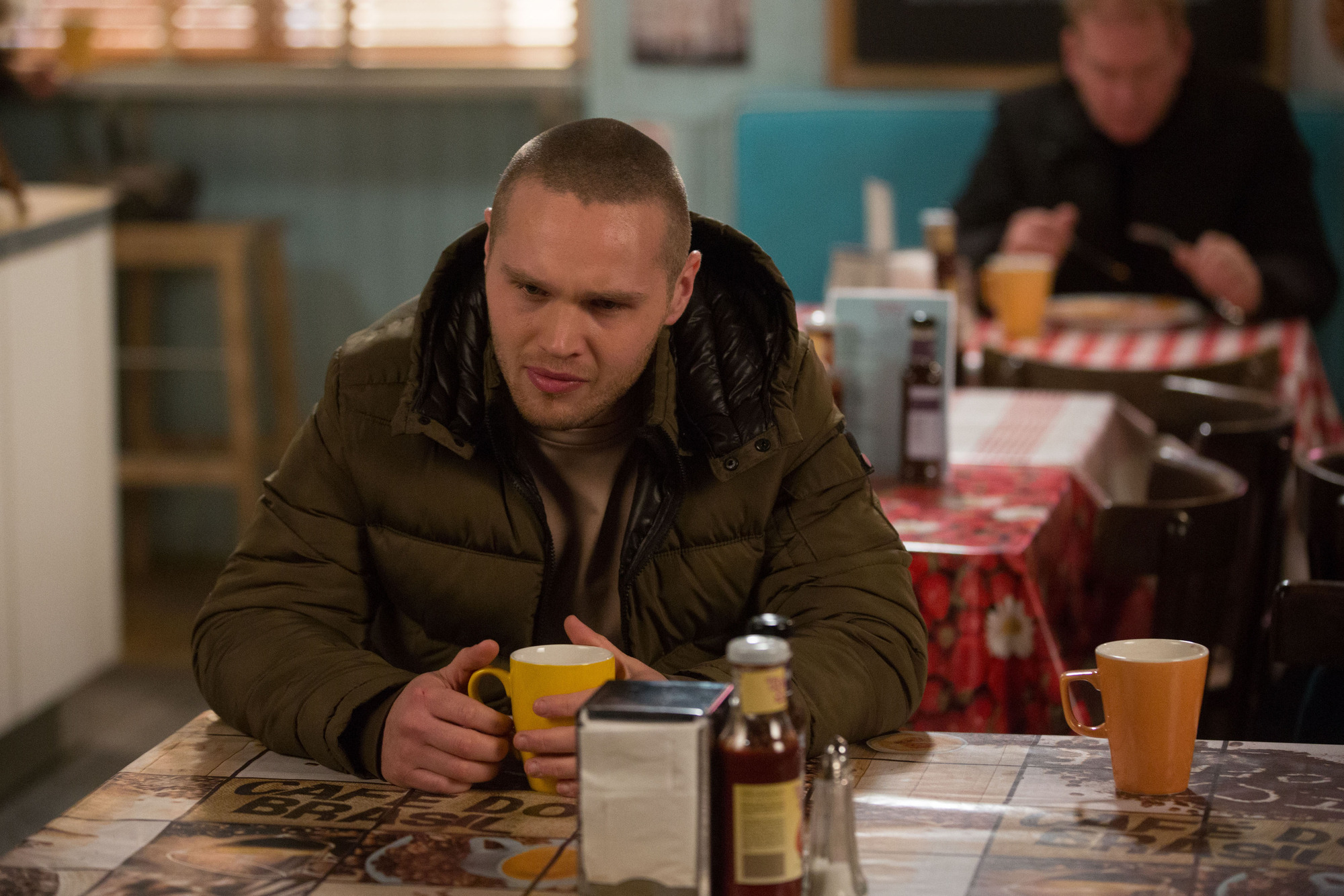 No one is sure at the moment but he was sent to Spain by Phil Mitchell and was concerned that he might not come back.

Phil sent Keanu to Spain on a job after he dumped Phil’s daughter Louise, leaving her heartbroken.

It was Phil’s wife Sharon who suggested that he send Keanu off for a bit to give Lou a chance to get over him.

But of course she actually meant it would give <her> a chance to get over him as she’s still got feelings for Keanu after their steamy fling last year.

Keanu cornered Sharon before he left and told him that Phil was sending him on a dangerous job and he didn’t know if he’d see her again.

It’s been over a week and Karen hasn’t been able to get hold of her son. Karen was even more worried when Keanu’s brother Keegan Baker told her Keanu hadn’t updated his fantasy football team.

A furious Karen confronted Phil and Sharon in the Square and demanded to know what happened to her son.

Later she cornered Sharon at home and told her that if she didn’t get some answers about Keanu, she’d tell Phil about the fling. She gave her 48 hours or she’d spill the beans.

Is Keanu Taylor coming back to EastEnders?

We think so. There’s not been an official statement from either EastEnders or Danny Walters – the actor who plays Keanu – that he has left for good.

And the affair still needs to be revealed so it’s unlikely that Keanu will have slipped away without having a big showdown with Phil.

There are some fans though who think Phil already knows Sharon and Keanu have been sleeping together and the hard man deliberately sent the teenage mechanic to Spain to his death.

‘Folklore’ Review: Taylor Swift’s Disney+ Doc Is Just Her Singing in a Barn, and That’s OK

Naomi Watts on Handling Stress During Pandemic: 'Giving Myself Permission to Feel All of It'