The mum-of-one was accidentally shot dead by Alec Baldwin during filming for his latest movie Rust. 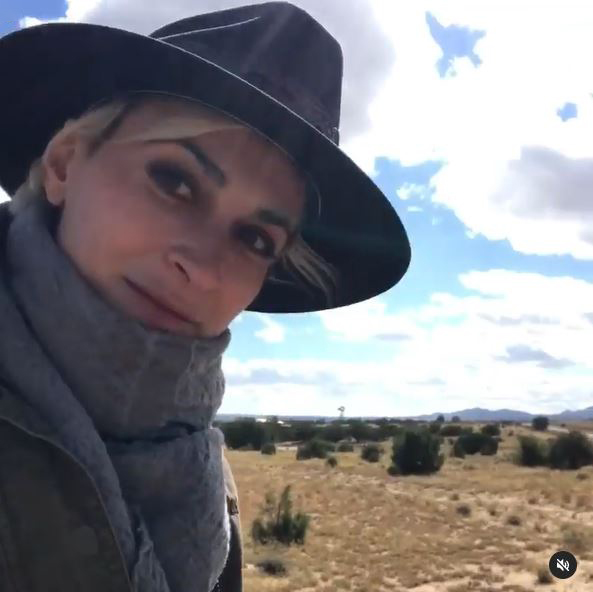 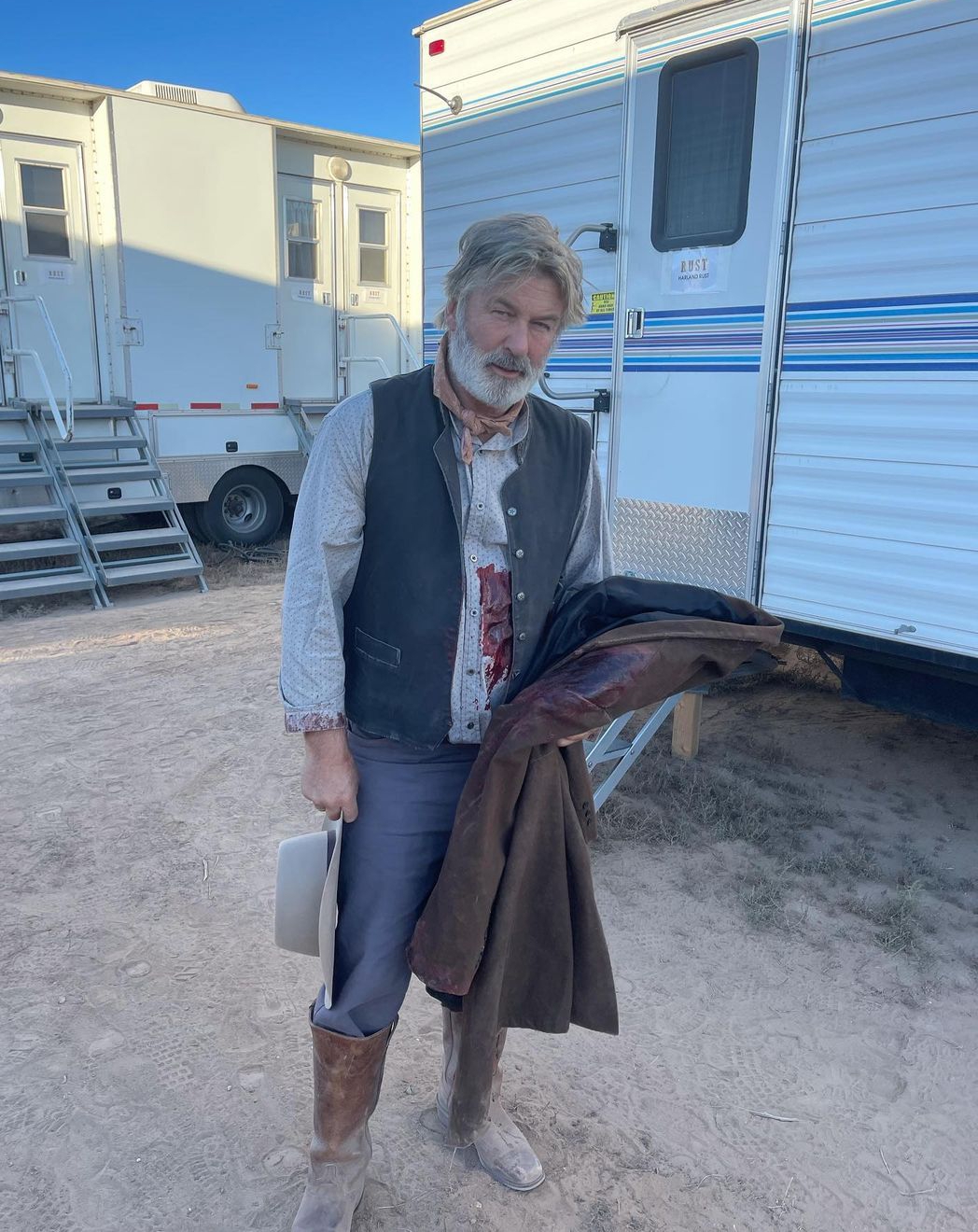 The tragic death was caused by a prop gun firing during filming, which also left its director and writer Joel Souza in critical condition.

The incident has harrowing parallels to an accident on set of the 1994 film The Crow, which saw promising young actor Brandon Lee shot dead.

A prop gun was improperly prepared after being used for previous shots, and as a result the 28-year-old took a "dummy" bullet to the stomach which proved fatal.

A tweet from Lee's account, which is handled by his sister, said in response to the recent tragedy: "Our hearts go out to the family of Halyna Hutchins and to Joel Souza and all involved in the incident on 'Rust'.

"No one should ever be killed by a gun on a film set. Period."

Here we reveal some of the darkest film set stories that haunt Hollywood, from being hit by trains while filming on live tracks to developing cancer after shooting near a nuclear test site.

Vile assault over a cup of tea 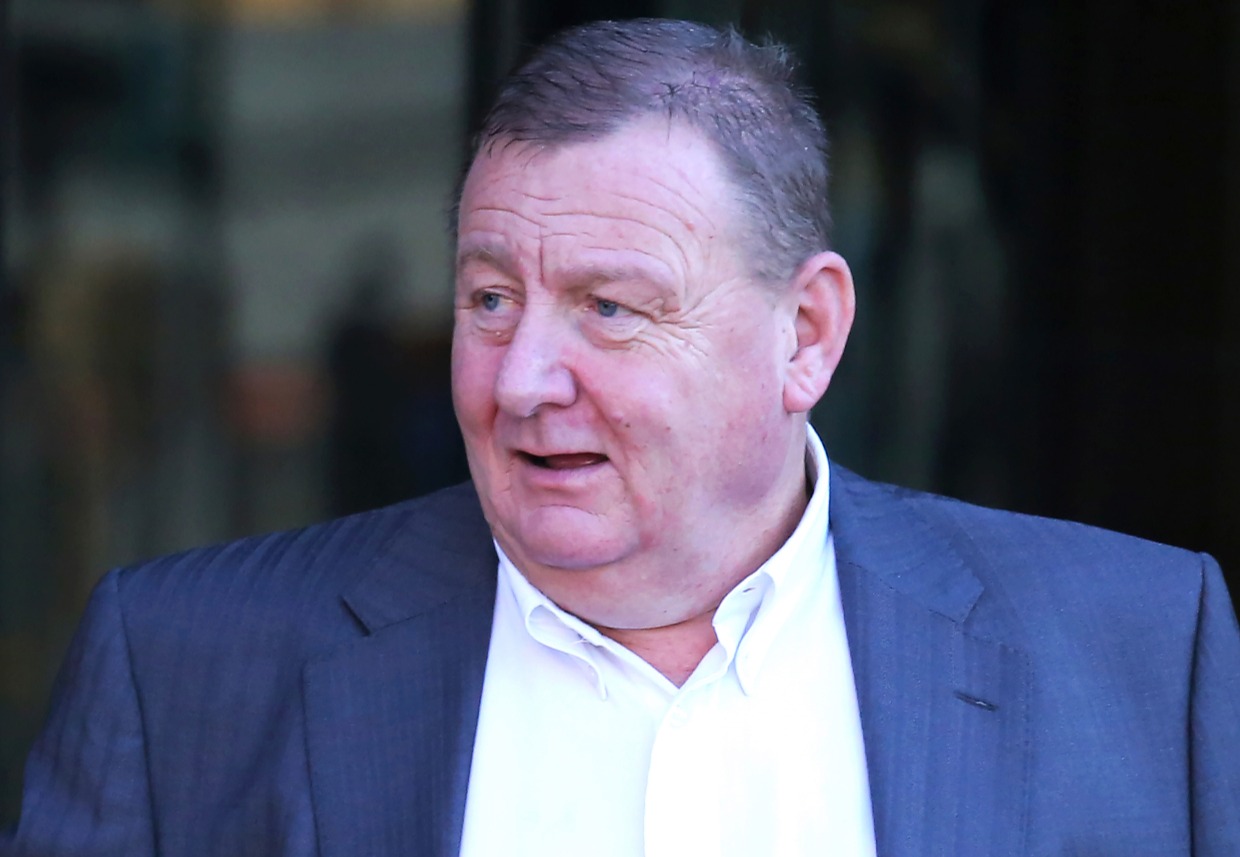 In March this year, a stagehand on the Anne Hathaway film The Witches was found guilty of slashing a colleague's throat in a row over a cup of tea.

Johnny Walker, 56, attacked Daren Langford after Langford confronted him about taking the last cup of tea on a refreshment table for himself – despite already having one.

Walker responded by cutting Langford's neck with a Stanley knife, causing a wound so deep that Langford called his wife to tell her he loved her, fearing he was about to die.

Paramedics were called and Langford mercifully survived the horrific assault. 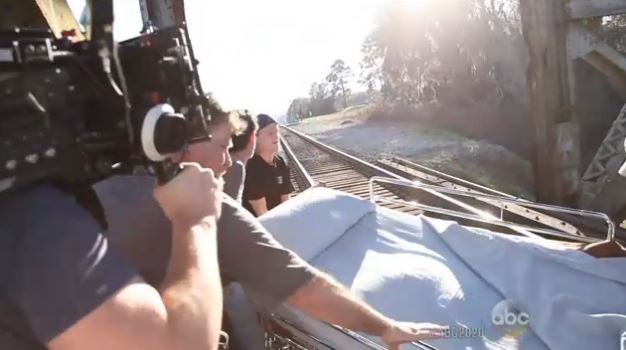 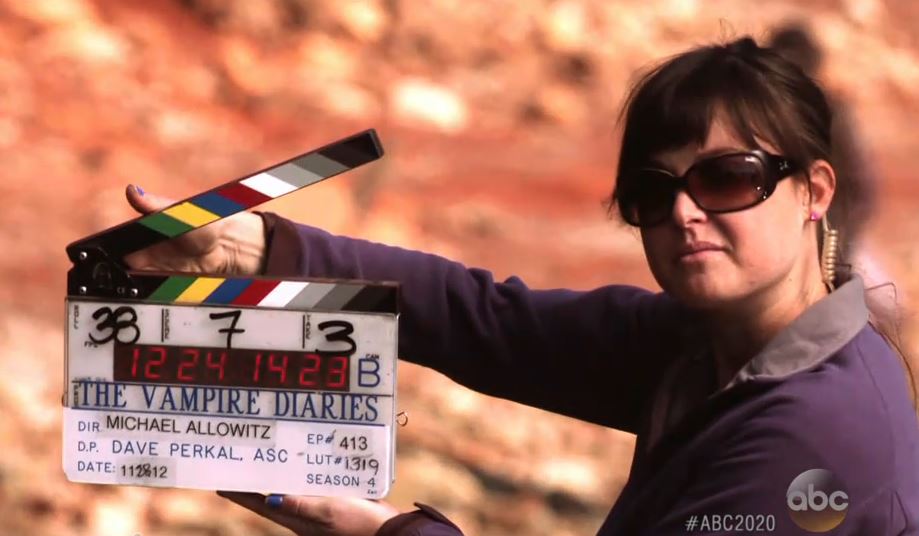 What happened on the very first day of filming for Midnight Rider (2014) is one of the worst crimes in modern cinema.

The biopic of musician Gregg Allman was filming a dream sequence where star William Hurt was lying in a hospital bed on a railway bridge.

It would later emerge that the film's producers had repeatedly been denied permission to shoot on the tracks, but chose to do so anyway.

During the scene, a train sped towards the crew on the bridge at 58mph, giving them less than a minute to escape – and the only route to safety was to run towards the train.

It smashed into the hospital bed which exploded into shrapnel – a piece hit camera assistant Sarah Jones, who was knocked into the path of the train and killed.

Seven other members of the crew were injured – including hair stylist Sarah Gilliard, whose arm was hit by the train, leaving her able to see "bone sticking out of her sweater", according to the Hollywood Reporter.

Director Randall Miller pled guilty to involuntary manslaughter and criminal trespassing and received a 10-year sentence, of which he served one year in prison. 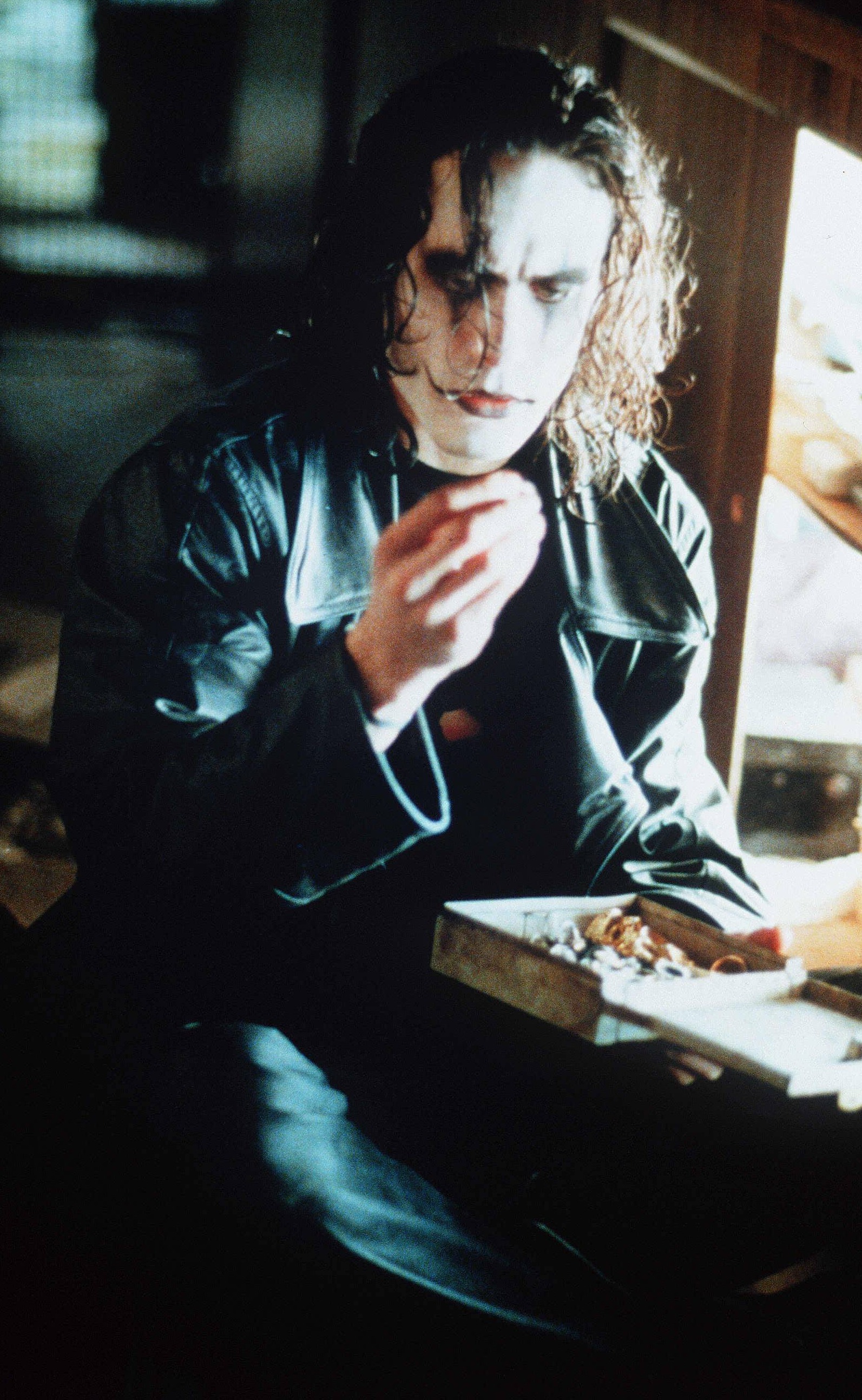 The Crow (1994) was supposed to be the film that would be the big break for Bruce Lee's son, Brandon.

But 28-year-old Brandon was infamously killed in one of Hollywood's most notorious on-set freak accidents.

Just over a week before the film was finished, Brandon was involved in a scene where another actor had to fire blanks at him from a .44 Magnum.

A dummy bullet from a previous scene was lodged in the barrel of the prop gun without anyone realising.

When the blank round was fired at Brandon, it shot the dummy bullet at him with virtually the same force as a live round.

He was hit in the abdomen and, despite six hours of emergency surgery, he died on the operating table. 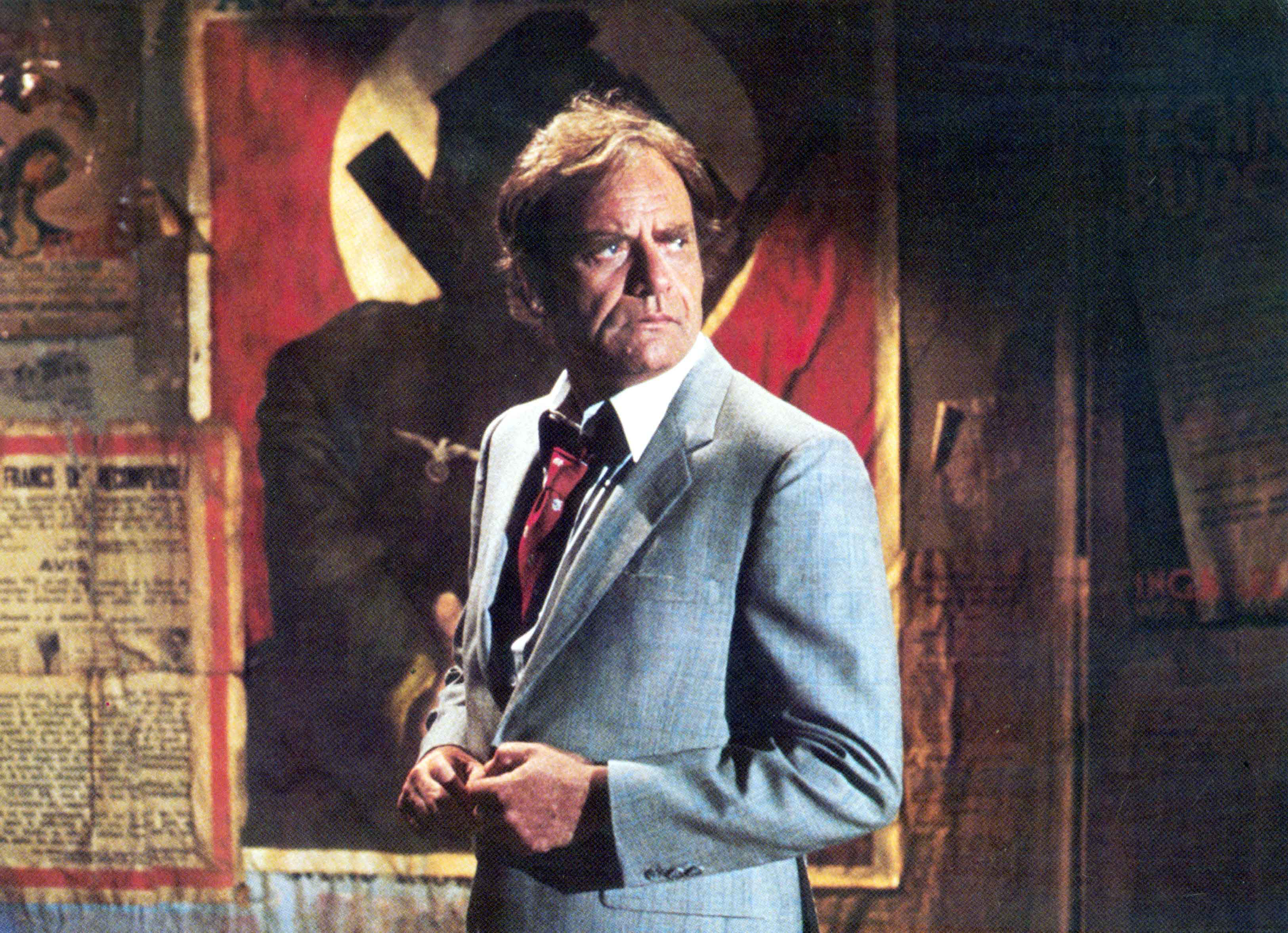 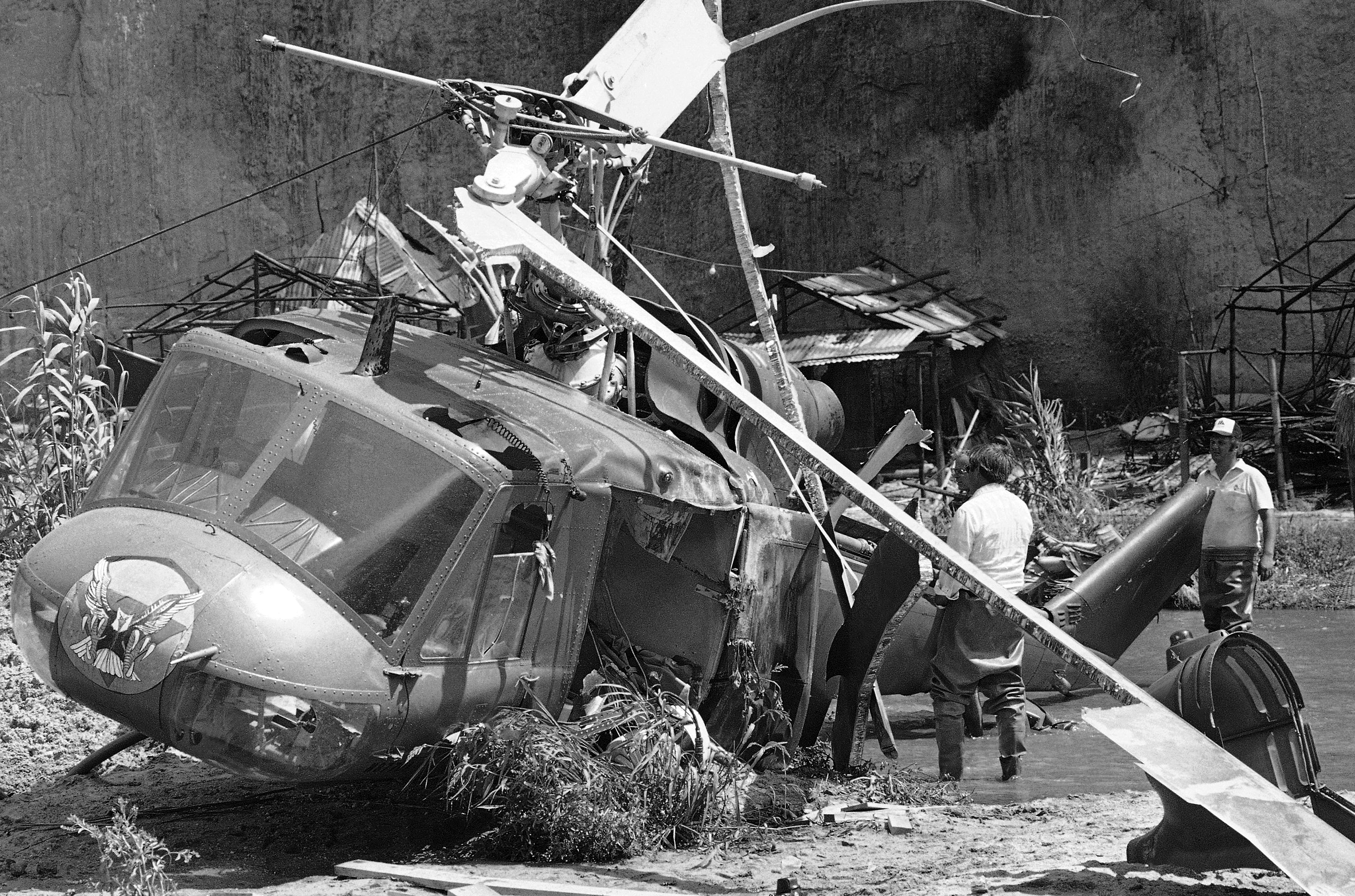 Inspired by the mind-bending TV series of the same name, John Landis and Steven Spielberg's 1983 film adaptation of The Twilight Zone suffered a horrific catastrophe during filming.

In one scene, actor Vic Morrow was supposed to rescue two children from a burning village during the Vietnam War as a helicopter flew overhead.

In an action-packed shot, a fireball from an explosion engulfed the chopper and the pilot lost control.

The spiralling helicopter dropped from the air and, in front of 100 people on set, crashed down right on top of Morrow and two illegally hired child actors, Myca Dinh Le, seven, and Shin-Yi Chen, six.

Morrow and Le were decapitated by the helicopter's rotor blades while Chen was crushed to death.

The horrific incident led to legal battles which ran for nearly a decade.

But ultimately the members of the production team accused, including director Landis, were acquitted of manslaughter. 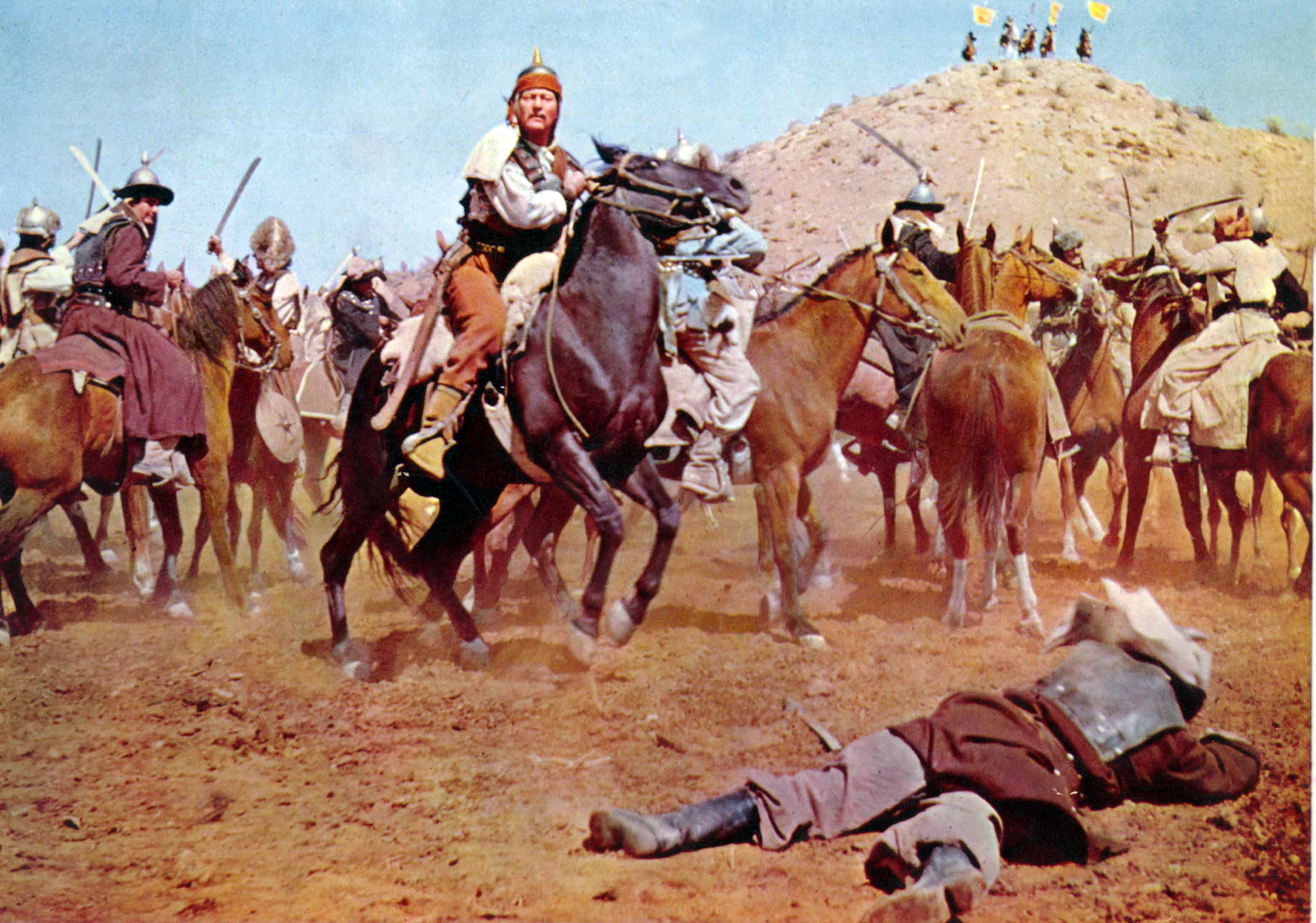 Not only is The Conqueror (1956) considered one of the worst movies of all time, it is also believed to be one of the most dangerous for its cast and crew.

Starring John Wayne as Genghis Khan, exterior scenes were shot in the Nevada desert – downwind of a nuclear test site where many atomic bombs had been detonated in the years leading up to the shoot.

The filmmakers knew about the tests, but the government had repeatedly assured locals there was no danger from radioactive fallout.

Of the 220 cast and crew on the film, 91 developed cancer within 25 years, and 46 of them – including John Wayne – died from their disease.

There's no way to know for sure how much radiation was the cause, with Wayne himself blaming his six-pack-a-day smoking habit for his fatal cancer, but some experts connected the illnesses with the filming location.

Death plunge in front of family 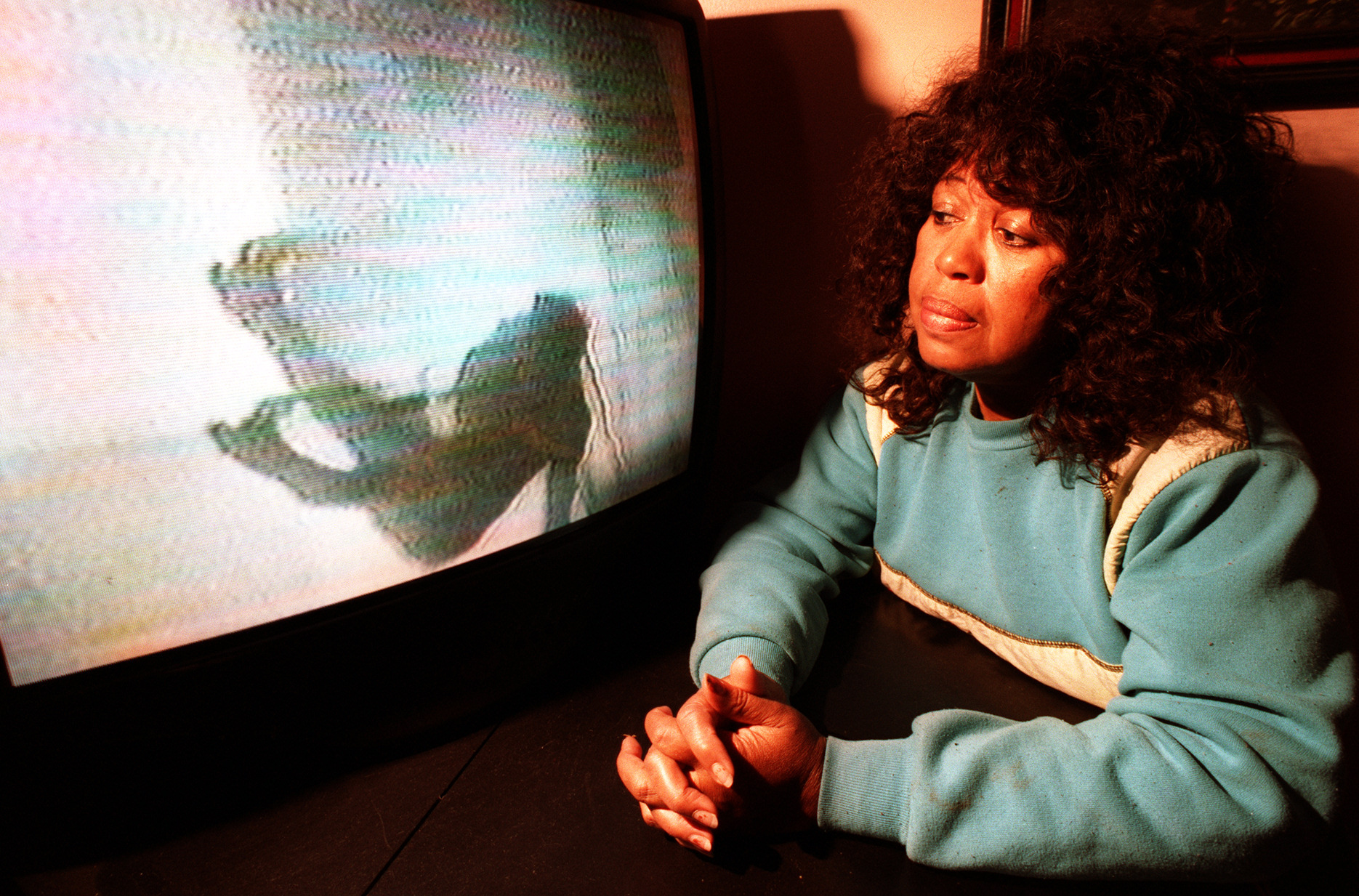 Eddie Murphy's gothic comedy Vampire in Brooklyn (1995) is partly remembered today as a tragedy for its horrific stunt death.

It was Bassett's stunt double, Sonja Davis who tragically died during the shoot, falling 42 feet from a building to her death – in front of her mother who was visiting the set.

Her brother, Patrick, was there too – he videotaped the stunt in which Davis fell backwards on to an airbag below which was supposed to cushion her fall.

Instead she bounced off the bag into the building, suffering multiple injuries – her mum Wanda Sapp said Davis passed away aged 32 after 19 days in a coma.

“The last words I heard my baby say was when she yelled down to the stunt coordinator, ‘Are you sure?’” Sapp told the Los Angeles Times in 1995. “I could feel Sonja wasn’t comfortable with the stunt.”

More or less everything explodes in The Expendables 2 (2012), meaning lots of dangerous blasts are involved in the shoot.

The second instalment of the mercenary action movie filmed sequences in Bulgaria – where one stuntman infamously lost his life.

Kun Liu was killed while filming on Lake Ognyanovo for a scene where there's an explosion on a boat.

Colleague Nuo Sun was also injured in the same blast and had to undergo a life-saving five-hour surgery. 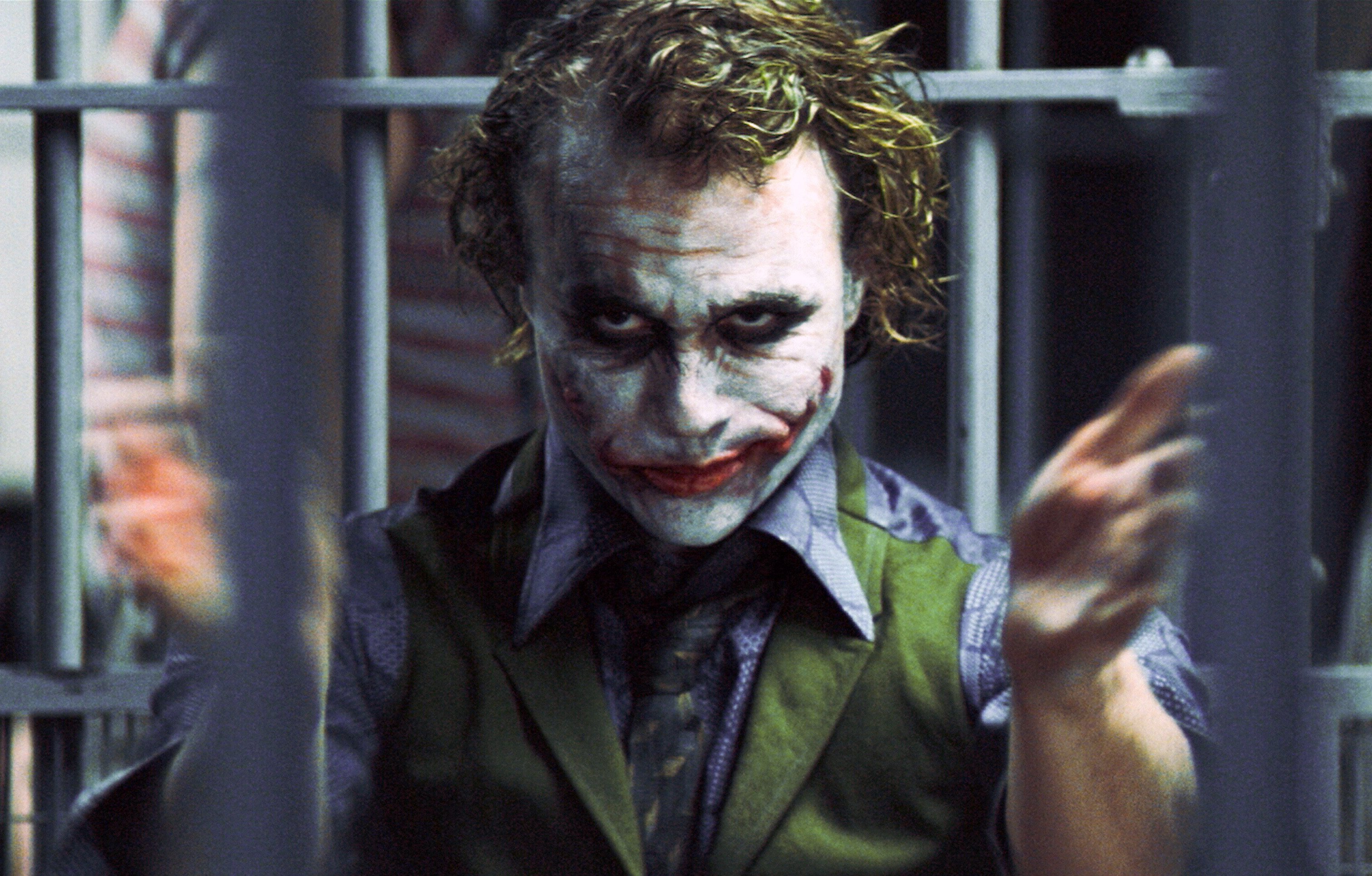 Heath Ledger was posthumously awarded an Oscar for his portrayal as the Joker – but his wasn't the only death associated with The Dark Knight (2008).

Conway Wickliffe, a 41-year-old special effects technician, lost his life while filming a test run of the sequence where the Batmobile is blown up.

He was leaning out of a 4×4 truck window and operating a camera shooting a stunt car when tragedy struck.

The truck he was in failed to make a sharp turn at the end of its run, carrying on its path and crashing into a tree.

Wickliffe suffered severe injuries in the impact and was pronounced dead at the QinetiQ site at Longcross near Chertsey, Surrey. 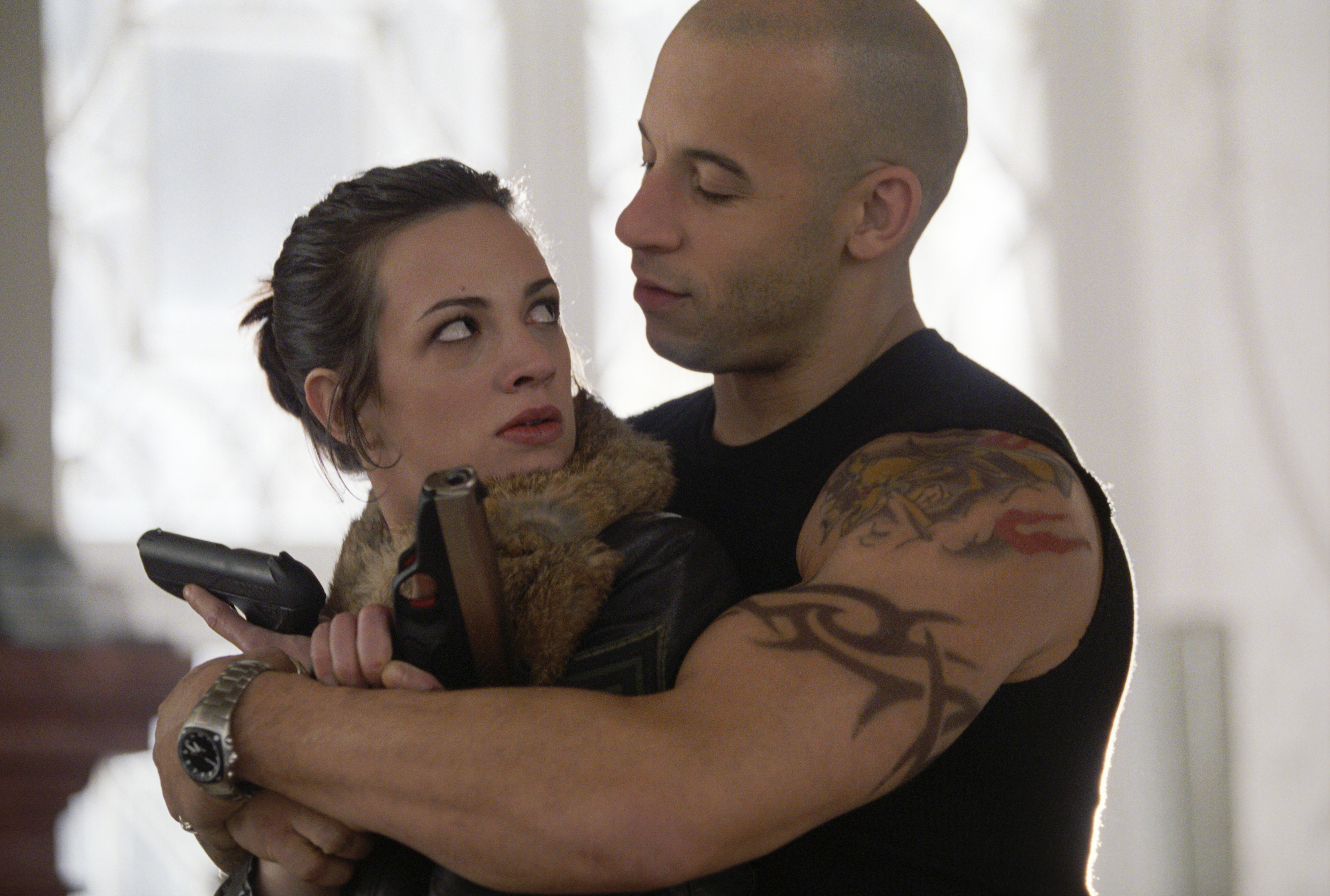 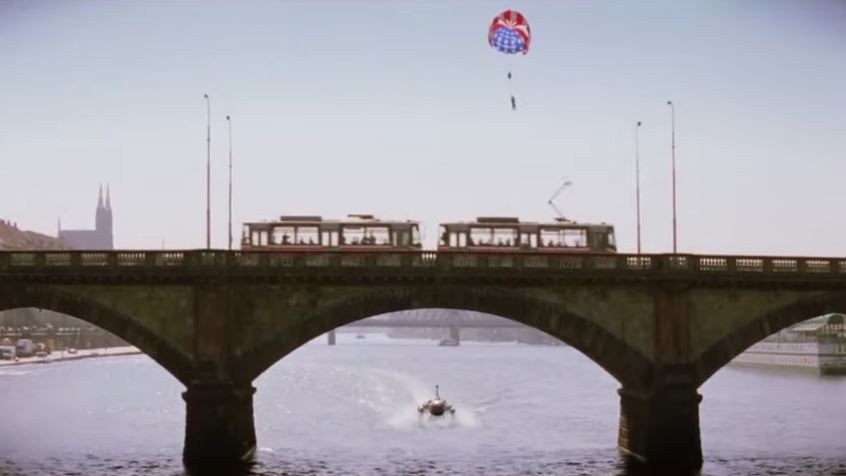 The stunt which claimed his life involved a parasailing sequence near the Palacký Bridge in Prague.

O'Connor completed the first take of the stunt flawlessly, and shots of that attempt were included in the final cut of the film.

On the second take, retired Navy SEAL O'Connor hit his head on the bridge and was killed.

"We had 500 stuntmen involved with this picture; 499 didn't get a scratch," director Rob Cohen says in his commentary on the movie.

"It shows you the lengths to which we will go to bring this kind of intense experience to the viewer." 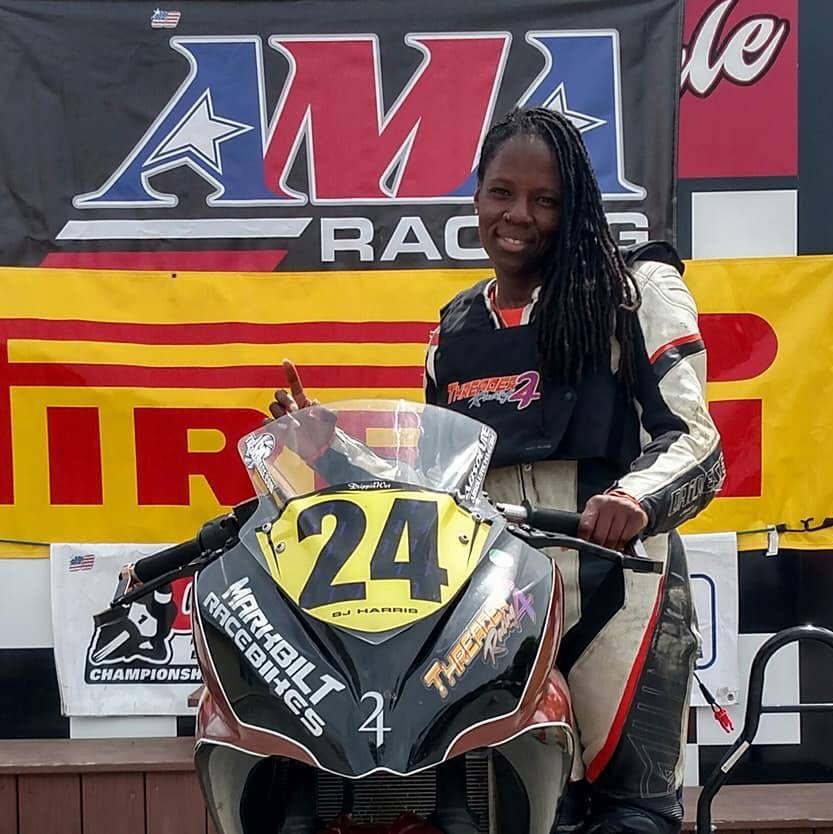 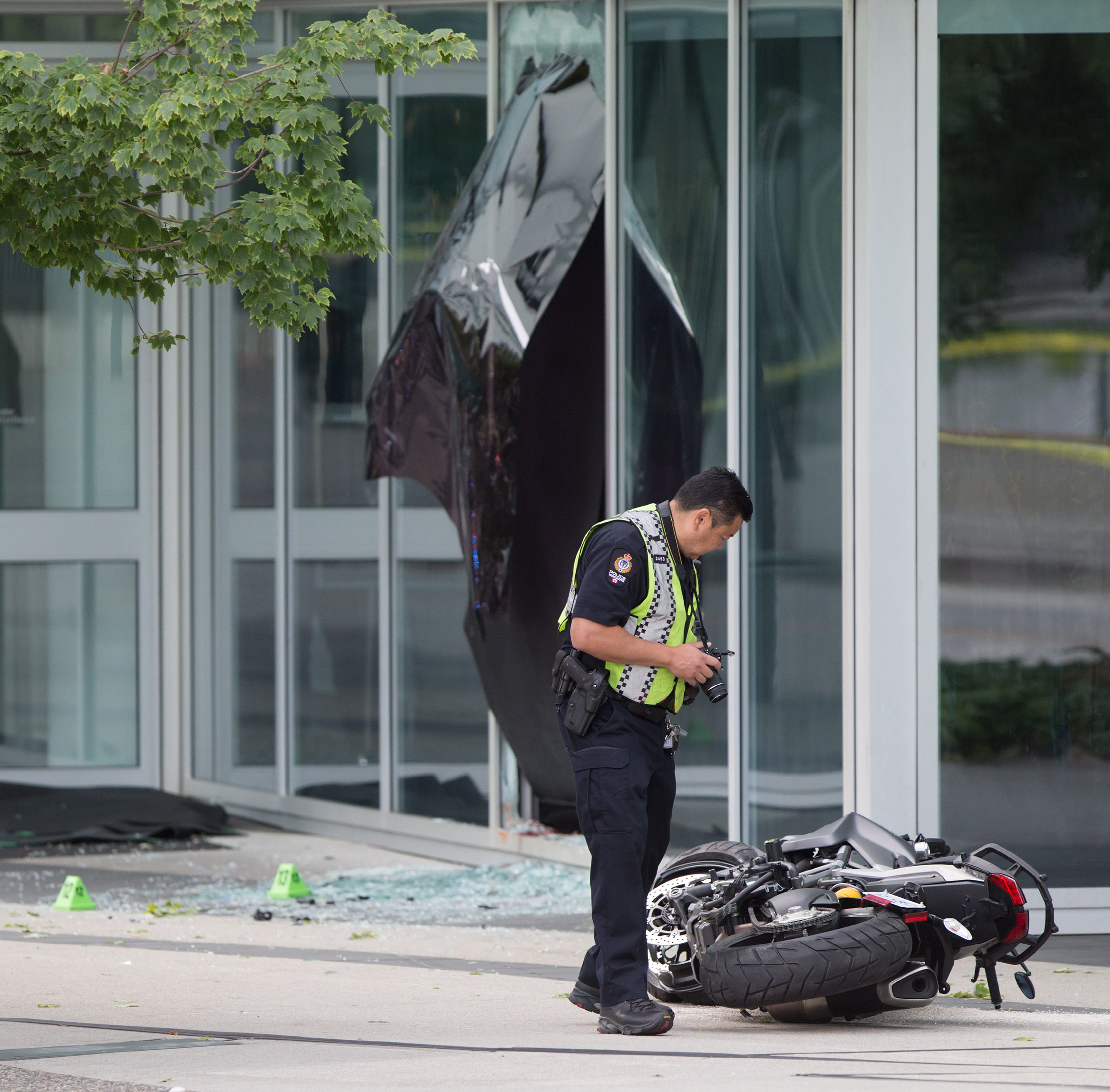 That was also tragically the case for pro motorcycle road racer Joi Harris, who died while filming a stunt on Deadpool 2 (2018).

Doubling for Zazie Beetz as Domino, it was her first job as a stunt driver after a successful racing career.

Like O'Connor, Harris had already completed the stunt, which required she didn't wear a helmet, when tragedy struck.

On her fifth run, she lost control of her bike, hit a curb, and was thrown through a plate glass window at the Shaw Tower in Vancouver.

Paramedics battled to save her life but she died at the scene – she was 40 years old. 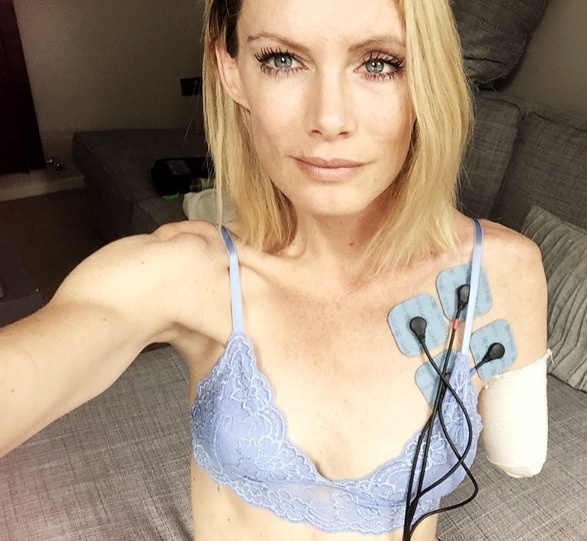 Like Harris' fateful stunt, Jackson's scene called for her to not wear a helmet and she too had completed takes before the accident.

She had to speed towards a camera mounted on a crane on a truck coming towards her – the plan was for the camera to raise over out of her way and rotate so it filmed her as she passed beneath it.

On the third take, the camera wasn't raised fast enough and she smashed into it, damaging her left harm so severely it needed amputating and ripping off half her face, exposing her teeth.

She was put in a medically-induced coma for 17 days while doctors performed life-saving surgery.

Last year, Jackson told described her ongoing legal battles around the crash and said she was working on a documentary about her recovery.

Reservation Dogs Season 1 Finale Recap: Did Bear and His Crew Make It to California? — Plus, Grade It!

Steven Spielberg disowned Hook – ‘I didn’t have confidence in it’